The last of the departing players, today we grade the enforcer.

Following the embarrassing playoff series vs the Senators in 2013, general manager Marc Bergevin took the initiative to beef up his team, in what can only be seen as a massive overreaction to a series that was decided on the back of Craig Anderson's sparkling .950 save %.

George Parros was brought in to face the Colton Orr's of the division, and you could say he did his job, which was basically to be the facepunchiest facepuncher to ever punch faces. His analytics are ugly to say the least, but we won't dwell on that too much, since it's par for the course when it comes to enforcers.

Since everyone is waiting for the Subban contract status to clear up, none of you will bother reading this thoroughly, right? No Subban contract and no Habs news makes Habs fans go something something. I could probably write whatever I want, and no one would notice. Poop. 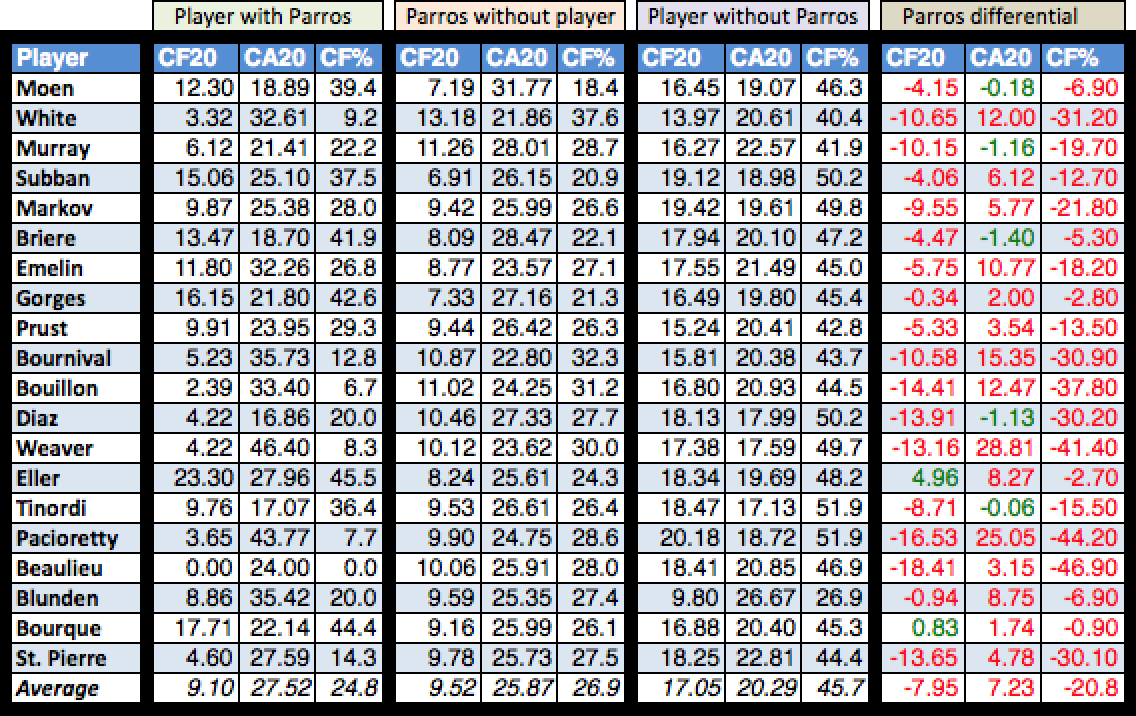 If ever you wanted a purely mathematical approach of looking at how an enforcer impacts his team, here it is. Again, we all know their purpose isn't to play hockey, but it's shocking to see how much of an anchor Parros was when he wasn't busy giving out and receiving concussions.

It's well known that George Parros is truly one of the good guys in hockey, but there's no other way of putting it, he was terrible.  The good news is that Parros can serve as an important lesson to Marc Bergevin, and he came at a very low cost.