It's a bit of a faux pas to kick a guy when he's down, but holy hell, good riddance.

I'm really not sure how it happened, but somehow Douglas Murray played 53 games last season. It may not seem like a lot, but due to a combination of injuries and suspensions, he was only available for 66 of those games. That means he got into a cool 80% of of the games he was available to play in, and to put it kindly, he was an unmitigated disaster.

That Murray got into so many games is extra confusing, because Michel Therrien obviously didn't trust him at all. Murray played the fewest minutes per game at even strength of any defenseman, was given more offensive zone starts than any other defenseman, was given fewer defensive zone starts than any other defenseman, and faced the lowest quality of competition of any defenseman. All this was while his quality of teammates was kept among the highest on the roster.

Murray's minutes were picked meticulously by the coaching staff to be as easy as they could possibly be in the NHL, meaning other players couldn't play those minutes, and he still flat out sucked. In those easy minutes, he still produced among the worst possession metrics in the entire NHL, and the team was outscored more than 3 to 1 every 60 minutes he played at evens.

Big jumps in sheltered deployment did nothing to improve Murray's performance. Outside of a few lucky games mixed with healthy scratches, Murray was a possession black hole the entire season, and it actually got worse in the playoffs, which isn't shown in the above graph.

Just to remind everyone how cripplingly awful he was against Boston, take a look at one of the graphics from an article I wrote back in May: 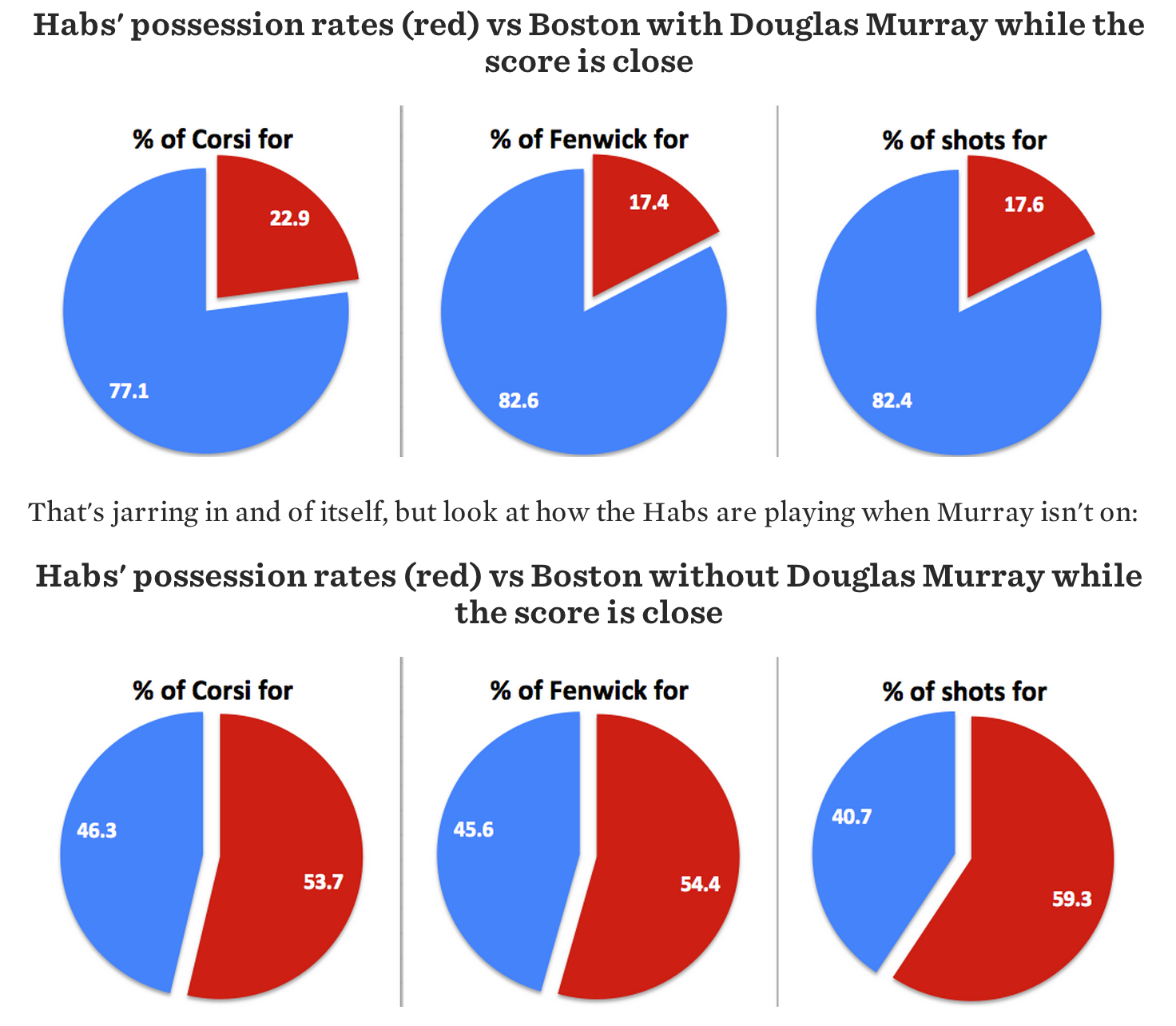 It is truly unfathomable that an NHL team employed this player last season. With how bad he was, I don't think he would have made the Hamilton Bulldogs in a straight up tryout if the coaches didn't know his name. The worst part about Murray though, is what he does to his linemates. 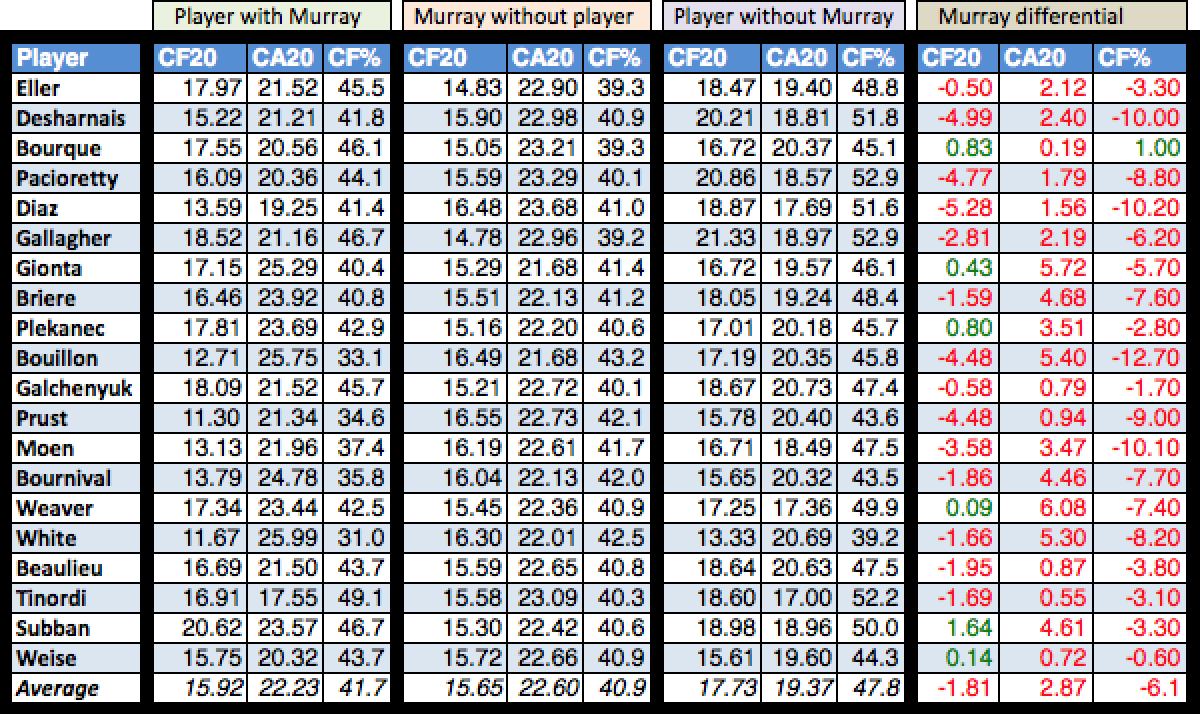 Marc Dumont called Bouillon's WOWY chart "gruesome", but the only description I can fathom to accurately describe this chart is the hockey version of the Red Wedding.

Keep in mind that when players are playing with Murray, they're playing the easiest possible minutes. Plekanec and Gionta were afforded so few offensive zone starts last season, it's a crying shame that Murray was so bad with them that he likely wasted a good chunk of them, dragging them down to just over 40% of total shot attempts.

Douglas Murray's 2013-14 season with the Montreal Canadiens was a crime against good hockey. You're free to grade however you wish, but anything other than an F is insanity.