Bad game turns good, briefly. The Habs sneak away with a point on a night we 'celebrated' the return of CH Montreal.

Live Blog, which you get to read after the game is over!  Isn't this fun?

First Star: Masmullin snuck this in the first period... 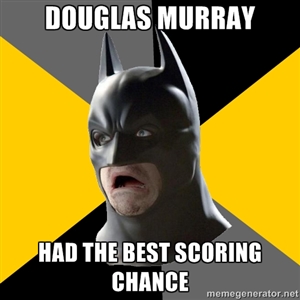 Second Star: RudeFrenchCanadian summed up the action as well as Marc's decision to shift the conversation to duck gifs with this one of a duck hitting the books.

Third Star: TrevaDaddy, in response to Teenage Almond saying 'This is a boring game.':  'Jimmy Howard, is that you?'