Let's be honest, the Habs GM hasn't leaked a single trade yet, and probably won't any time soon.

In the social media era, one of the easiest ways to pick up hits is the spaghetti trade rumour mill. Throw enough rumours at the wall, and eventually some of them will stick.

The Canadiens, in particular, have a plethora of rumour websites and twitter personas that claim to hold some sort of insider information about the day-to-day activities of general manager Marc Bergevin. Some of those sites do quite well in terms of hits, because we all know that unsourced trade rumours are the lowest hanging fruit in the sports coverage world.

If there's one Marc Bergevin has shown us, other than his impeccable sense of style, it's that he simply does not allow trade talk to leak.

Once in a while a legitimate source, like Elliotte Friedman or Bob McKenzie, will give us a tidbit of information regarding a possible deal, and that's as good as gold. The aforementioned media types are some of the only true 'insiders' in the league, and they actually talk to GMs, players and other members of the media. Essentially, they have a pulse on the hockey world.

The spaghetti trade rumour sites? Not so much. There's a reason that NHL team accounts on Twitter openly mock these fraudulent insiders.

Let's take a look at Bergevin's trades since he took over.

How many of these trades were leaked, or even hinted at before they happened?

From my count, only two have been discussed as a possibility at one point. There were whispers that Bergevin had been talking to the Avalanche for several months, although a Parenteau for Briere trade was never discussed. When it finally dropped, the deal took everyone by surprise. There had been some insane rumblings that P.K. Subban might be heading to the Avalanche for P.A. Parenteau, but we already discussed how crazy that rumour was.

The other instance of Marc Bergevin's intentions being printed before a trade went down was the Gonchar trade. Elliotte Friedman mentioned in his 30 Thoughts column that Bergevin had been shopping for a defender, as were 29 other GMs in the league. That's it. No talk about what team Bergevin was talking to, no talk about players, no talk about specifics. Elliotte Friedman, one of the rare true insiders in the league, had only a morsel of information to offer us, even with all his legitimate sources.

That's 18 trades made by Marc Bergevin since he took over, and not one of those shoddy sites came close to predicting them. 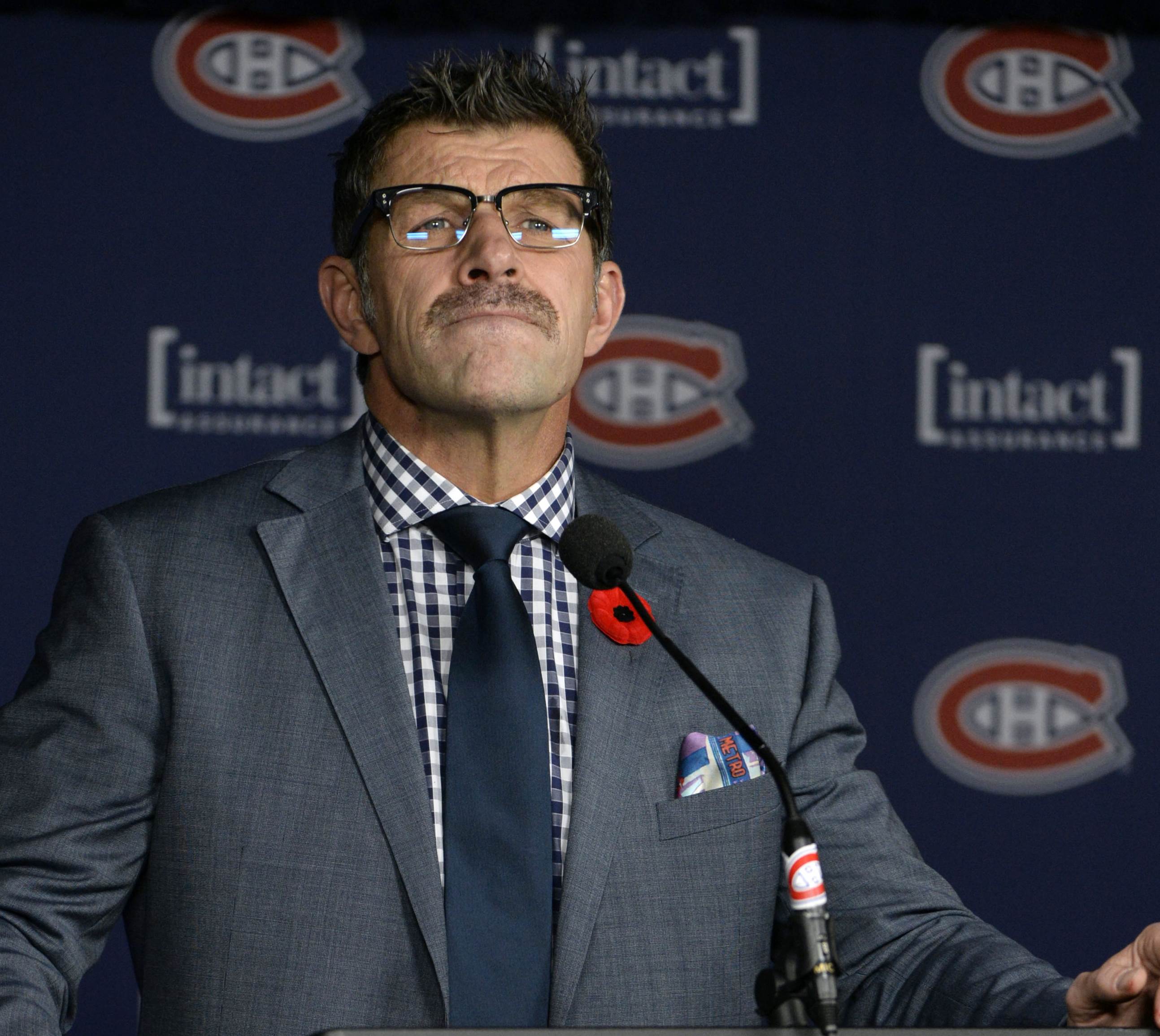 Does this look like a man that lets trades leak?

So, why do rumour sites even exist when it comes to the Habs? They're there to feed hockey fans' insatiable hunger for rumours, no matter if they're sourced from reality, which they rarely are, or if they're outlandish claims to garner a few cheap hits. These rumour sites & Twitter accounts have very little to offer in most cases, but even more so when it comes to Bergevin's camp.

There are definitely ways of properly covering trade targets that don't involve rumour mongering, like analyzing potential targets, and what it would take to acquire them.

When it comes to Marc Bergevin, the only legitimate information you'll find about trades generally comes after the trade is announced.

It definitely won't come from any of the spaghetti trade rumour mills.