Canadiens 2014-15 season preview: The defense will focus on mobility & transition

The Canadiens have made several big changes on defense, focusing more on mobility and youth than shot blocking, but will it pay dividends?

Share All sharing options for: Canadiens 2014-15 season preview: The defense will focus on mobility & transition

Montreal added several new faces to their forward crop, but will the new blood outperform the old guard?

While it's true that Beaulieu, Weaver, and Tinordi were all around last year, they weren't regulars all season, and I think that's what this is about. Nathan Beaulieu is the big game changer here, as he represents the biggest upgrade over the player he's replacing in Murray. Beaulieu is essentially the exact opposite of Murray, he's fast, smart with the puck, offensively inclined, young, and a wizard with moving the puck.

Gilbert is also a nice upgrade, and the only true acquisition. He's an excellent skater who can move the puck up the ice with great breakout passes. He's not overly physical, but he can knock guys out of his way when he's inclined to do so. He doesn't produce a ton of points, but his play in the defensive zone creates a lot of offense for others. 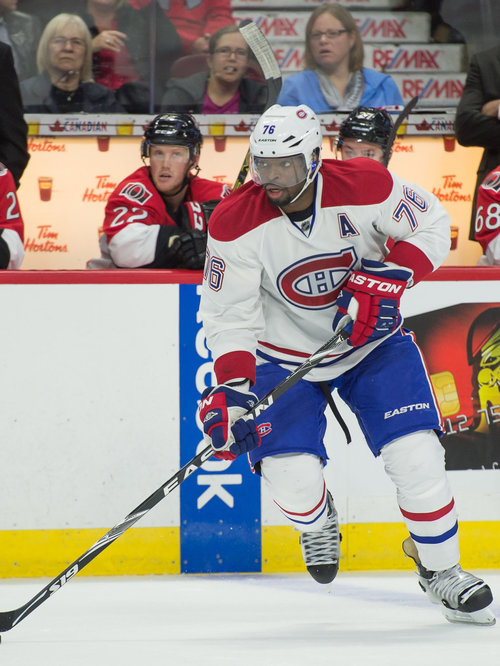 The de facto top pairing throughout the preseason, this duo doesn't look like it's going to last very long. Michel Therrien mentioned several times in press scrums that patience would be required as the two formed chemistry, but P.K. Subban had a phenomenal preseason with eight points in four games, and Alexei Emelin never managed to look good beside him, which is pretty damning.

Emelin did seem to get a bit more comfortable on the left side as time went on, starting to throw his patented big, open-ice hits, but his big problem is always going to be his hockey sense. He continually makes terrible reads in his own zone, and needs to simplify his game to play within his own limitations if he's going to be successful.

The top pairing will likely see the top matchups, but Therrien prefers to utilize Subban offensively at even strength, so it may not fall to them to start in the defensive zone the majority of the time. They won't get Karlsson treatment, but if the team plays well, Subban and Emelin should see a majority of their non-neutral zone faceoffs in the offensive zone. 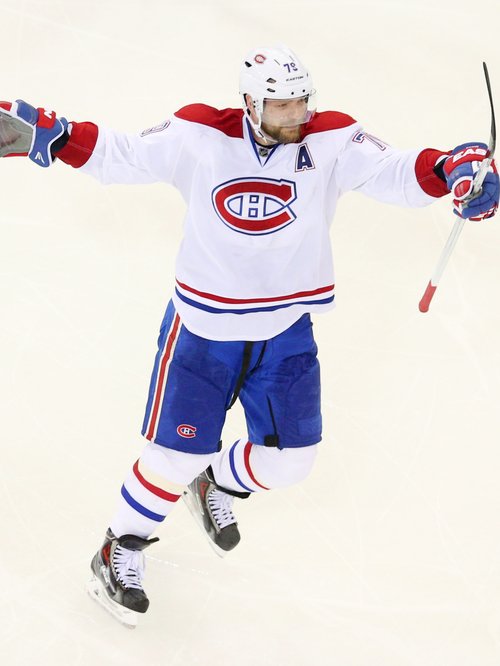 The big free agency acquisition of Tom Gilbert slots in perfectly with Andrei Markov. Gilbert's speed should help cover for Markov's inhibited skating after multiple knee surgeries in a way that Emelin never could, and Gilbert should be used to playing with a player like Markov after spending last year paired with Brian Campbell, a very similar player who thinks the game close to the same way.

Both Markov and Gilbert are efficient puck movers, and both being veterans, it makes sense that this is the pairing that Therrien will trust most for defensive mop up duty. Whether Markov is best suited in that role for another full 82 game season is up for debate, but he had a brilliant season last year, and shows no signs of decline at 35.

Both Markov and Gilbert will see time on both special teams, with Gilbert likely set on the second wave of the powerplay with Nathan Beaulieu. That second wave may only play about 30 seconds of every powerplay, but it should provide a significant upgrade over the previous edition that was helmed by the departed Francis Bouillon. 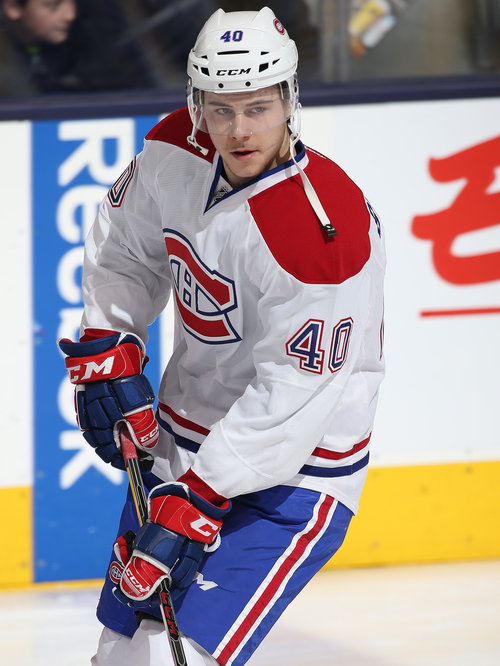 The biggest upgrade over last season will be the Canadiens' third pairing. Whether it remains to be Nathan Beaulieu and Mike Weaver, or whether Emelin gets dropped down, the third pairing is no longer a weakness for the Canadiens. Last season's third pairing needed excessive sheltering in order to not bleed multiple goals against per game, which made everything tougher for the other two pairings. This year, that's not necessary.

No one is going to confuse Beaulieu for a defensive ace at this point in his career, but when he gets the puck, he will find a good place to put it. Mike Weaver provides veteran stability and shot blocking savvy, and isn't a bad puck mover in his own right. Over the course of the season, it's highly probable that Weaver will need a few games off at 36 years old, but he's a smart player that knows his limitations and plays within them.

Weaver should see plenty of time shorthanded, perhaps even as one of the top options, with Andrei Markov, which should free up one of P.K. Subban or Tom Gilbert to not play much when down a man. Beaulieu will see his fair share of time on the powerplay, and although this pairing might get more offensive zone starts than defensive ones, they don't need sheltering.

Jarred Tinordi highlights the group of defensemen hoping to push for roster spots during the season, as the gargantuan prospect has seemingly won the position of seventh defenseman for the time being. Tinordi had a relatively rough preseason, but showed flashes of the player he can be when he has confidence.

Also knocking at the door are right-handed defensemen looking at Mike Weaver's job in Greg Pateryn, Magnus Nygren, and Darren Dietz. Although Dietz lasted the longest in training camp, he's the least likely to crack the big club this year due to seniority. Pateryn should see the first call up if there's an injury, but Magnus Nygren's skill set could see him burst past both of them in short order.

The Canadiens have undoubtedly improved their puck moving ability and transition game from the back end, but it remains to be seen how this younger defensive core will play without the puck. Shot blocking is often sneered at by analytics supporters, but the Canadiens didn't just block a lot of shots last year because they allowed a ton of attempts, they blocked a higher percentage of shots than most teams.

Can this squad sacrifice in the same way without someone like Josh Gorges in the fold? And once shots are blocked, can they get the puck on their sticks quicker than the opponent, out-battle them down low, and clear the puck efficiently?  The defense looks good on paper, but remains unproven.