Yeah, they're still in the playoffs, so everything is fine.

Share All sharing options for: Top Six Minutes: The Players Stage a Sit-In-Strike

- That Beaulieu kid can skate

- Leblanc made two solid shot blocks on the same shift to reverse possession. He's terrific along the boards even if he isn't a bruiser. Which "earned" him a penalty against Green. The kid is an NHL quality player.

- MTL plays Ovechkin on the PK like he's a regular player.

- If the Habs could try gettting something on net, that would be nice.

- These last few months MTL gets soundly beaten in terms of controlling the ice against mediocre teams. They have minimal injuries and the talent to be a top 10 team.

- You know who would be good to look after young Beaulieu? Raphael Diaz.

- Letting Ovechkin be unmolested beside the net after two saves by Price seems like a less than good strategy.

- After that, PK Subban continues to not catch breaks on goals against.

- Seriously, Ovechkin is spending the whole powerplay, metres aware from anybody, waiting for a pass. Has nobody done any advanced scouting?

- P.K.'s defensive effectiveness has evaporated. You've taken credit for everything else he's done Bergevin, how about this?

-This is what happens when Price can't save them.

- Seriously,  Junior team can do better than getting outshot 20-3.

- Crowd give a standing ovation for the first shot of the 2nd period. The Montreal crowd sure is something.

- Started an article titled "Michael Therrien, you are fired" in response to playing the Murray-Boullion pairing again. I could hardly comprehend that things could get even worse.

- Guess what, it got worse.

- I saw very good data this weekend to suggest Therrien can't even outcoach, Ed "I never coached before, but Pittsburgh was a joke then so they gave me the job" Olczyk. Compared to everyone eles he replaces or has been replaced by, Therrien has been Murray-sized anchor to puck possession.

- Everybody blame Jose Theodore for giving this donkey enough credibility to get hired again twice.

- Cunneyworth had the excuse of not having the players. At least when Pacioretty-Desharnais-Cole/Gorges-Subban was on the ice the team played well.

- The defense has sunk so badly, Murray looks almost reasonable by comparison.

- Two players got their first goals of the season tonight.

- CBC's video player keeps trying to save me by cutting out.

- You know what they should do again? Feed Subban for slapshots that injure the forwards covering him.

- Third guy who gets his first goal of the year. Unfortunately right after Leblanc had a solid zone entry.

- I'm pretty sure we'll be shocked at the transformation when eight of these guys go play for different teams in Sochi.

- Feel like Gionta is trying to get himself suspended at this point.

- At least Carbonneau took them bowling. 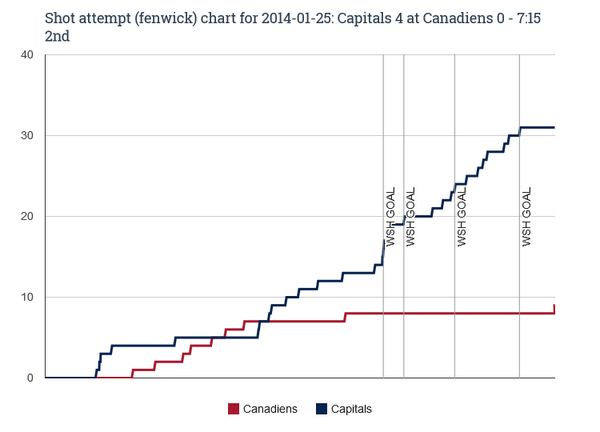 "This is your captain Michel speaking. Absolutely nothing is wrong. No reason to be alarmed" 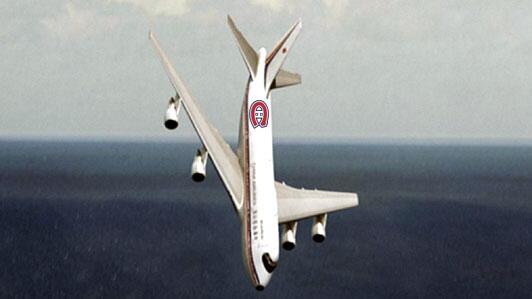 Honourable Mention: A song about radioactivity and the apocolypse was appropriate here. Props to Imagine Dragons and CBC montage guy.

Postscript: Don Cherry thinks Erskine earned a star. Because he's an idiot. I feel all the jokes have been done here guys.