All you need to know about the hockey games on Friday February 21st. 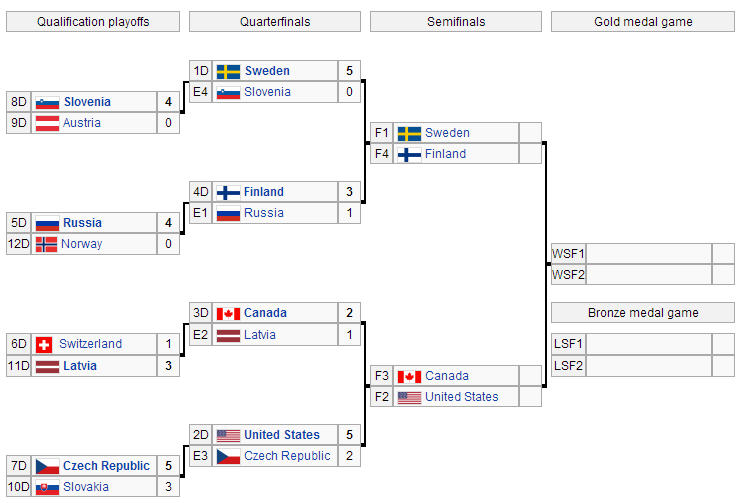 Kicking off the action at 7:00 AM ET are long time rivals Sweden and Finland in what should be a heated affair. Sweden handed Slovenia a 5-0 defeat in the quarterfinals on the back of 4 third period goals to punch their ticket to the semis. Finland however had to face a tough Russian squad in their quarterfinal match up and thanks to some stellar goaltending from Tuukka Rask they came away 3-1 victors. TSN and NBCSN will have the games on TV with NBC and CBC also having an online webcast of the game.

It's finally here folks ... at 12:00 PM ET the Americans and Canadians will face off in another meeting of international hockey's fiercest rivalry. The Americans made it to the semi finals by dominating the Czech Republic 5-2 in the quarterfinals. The Canadians were nearly upset by Latvia in the quarterfinal thanks Kristers Gudlevskis putting on one of the best goaltending performances of the tournament. A Shea Weber powerplay goal however would push the Canadians through into the semis where they will meet their sternest test of the Olympics. CBC and NBCSN will have the TV coverage in addition to their online webcast

The women's tournament has concluded

Congratulations to the Canadian women on their gold medal