The NHL has finally released the schedule for the coming year; here's a look at how it shakes out for the Habs.

Share All sharing options for: The 2013-14 Montreal Canadiens schedule 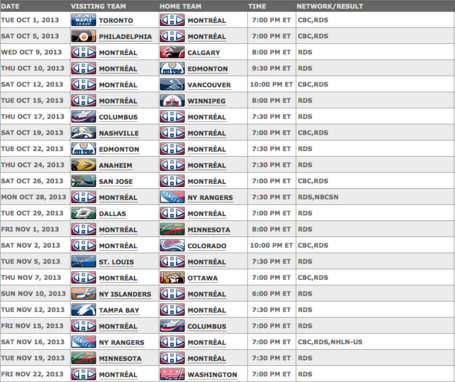 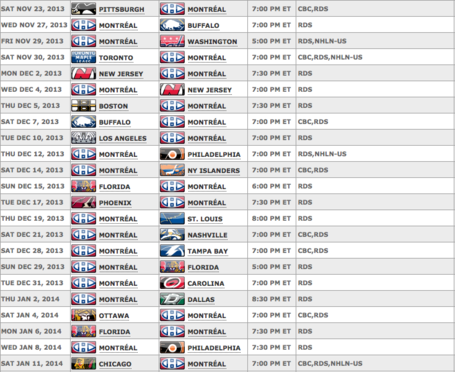 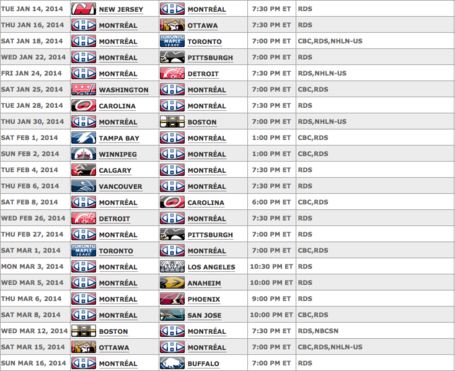 The Canadiens will have 17 sets of back-to-back games in the 2013-14 season, which seems like a lot compared to previous years but makes sense with the Olympics taking up a huge chunk of February.

Montreal only has to play Buffalo four times! How awesome is that? Unfortunately that means the Habs only play Boston four times, which seems like a rip-off.

The Habs will start the year against Toronto as always, but they won't finish against them for the first time in several years. Like last season, they will open at home. They will play Toronto five times, hosting them three times.

Even with Detroit now in their division, Montreal will have to wait until January 24th to face them, and they won't host Detroit until February 26th, after the Olympic break.

After being eliminated in five games by Ottawa in the playoffs this spring, the Canadiens have five regular season games to exact their revenge before the Alfie-less Sens miss the playoffs.