The Montreal Canadiens and the Norris Trophy

As the presentation of the Norris Trophy to P.K. Subban seems now to be all but a formality, let's look back at the other Habs players who have earned the honour throughout history. Unlike the Stanley Cup, the Habs have not dominated this trophy through history, but the list of Habs players who have won it is nothing short of impressive.

Share All sharing options for: The Montreal Canadiens and the Norris Trophy

I started writing this article before Nick Kypreos reported via Twitter that P.K. Subban will be awarded the Norris Trophy for the 2012-13 season. That's how confident I was that this would be happening. This is a welcome consolation to what I feel was a premature exit from the playoffs. Subban had a stellar season and this comes as no surprise to most of the community here at EOTP. It's been a while since a member of the team has won the award, 23 years to be exact. In anticipation of the official word and trophy presentation, here's a look back at the history of Canadiens players with the Norris Trophy.

Why not start with the last Habs player to receive the honour; Chris Chelios. Chelios had a pretty stellar season in 1988-89 when he won it. Chelios was +35 on the year and added 73 points to make his case as the league's top defender. He also added 19 playoff points in 21 games. You may remember that was the year that the Calgary Flames defeated the Canadiens in the cup final. Chelios' only Cup win with the Habs came in 1985-86; a win that most Habs fans are quite familiar with. Had Chelios not been traded to the Blackhawks for Denis Savard in 1990, his two subsequent Norris wins with Chicago could very well have been as a Hab. 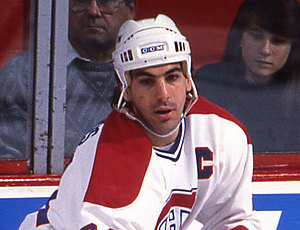 Before him it was Larry Robinson, not to be confused with Larry Ribinsoin, who never won an award probably due to his character issues. Robinson only won the award two times. While I'm unfortunately too young to have witnessed him play, everything my Father has told me about him, and the videos that I have seen tell me that this is entirely too low. To be fair, he did have to contend with Denis Potvin and Bobby Orr during his career. You could almost say that two trophies for Robinson in that era was pretty impressive due to his company at the top of the heap. He won the Stanley Cup with the Club six times and is arguably the greatest defenceman in Montreal Canadiens history. 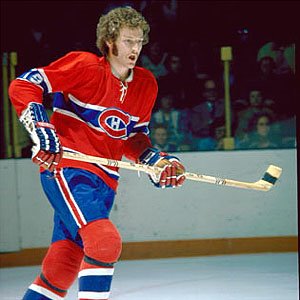 There are no Habs players, in fact no NHL players at all that have been able to reach Bobby Orr's record of 8 Norris Trophies. There is however, a guy who played for the Habs that was pretty good, and did manage to get 7 of his own, tying him for second most with Nicklas Lidstrom. From 1954-55 to 1961-62, Doug Harvey won the award seven times, a record back then while the trophy was still in its infancy. Granted, one of those wins was as a New York Ranger, six as a Hab still makes him tops in team history. 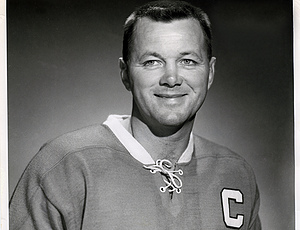 During that time period where Harvey pretty much owned the trophy, there was only one season where he didn't win it, losing the race to fellow Habs D-man Tom Johnson in 1958-59. Unfortunately Johnson chose to close out his career with two seasons in Boston, later going on to coach the Bruins for three seasons. Johnson and Harvey together ran the table for 7 straight Norris trophies as Habs blueliners, are both six-time Stanley Cup winners and are members of the Hall of Fame. 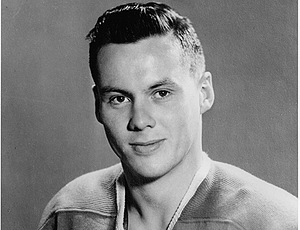 Doug Harvey was actually the inspiration for the next Habs player that won the award following his run. A young boy grew up in Rouyn-Noranda idolizing Harvey, followed in his footsteps and worked his way up to a spot in the Habs lineup, winning the Calder Trophy in his first full season. Jacques Laperriere won the award in 1965-66. Laperriere was also the only player other than Bobby Orr to lead the league in plus/minus during a five year stretch. Unfortunately for Laperriere, his career was cut somewhat short by a devastating knee injury. He still managed to win the cup six times as a player and another two as an assistant coach with the club. 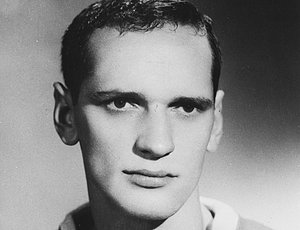 Now if one believes the Kypreos report, is this the first of many for Subban? Guys like Bobby Orr, Doug Harvey, Nick Lidstrom and Ray Bourque have all won five of more times but it's just not realistic to compare Subban to them. I do however believe that Subban has the talent for multiple wins of the award, and I don't think I'm alone in my belief that he is the best blueliner in the league today. I think he deserves the trophy this year and I'm inclined to believe that he will in fact win it.

Subban's win would have him join a list of Habs blueliners that includes five Hall of Fame inductees, all of whom have won at least one Stanley Cup with Montreal. In fact, all of the Habs players except Chris Chelios who won the award lifted lord Stanley's mug six times. So it seems that we could take a Subban Norris win as a sign of good things to come. After all, history repeats itself, right?