Why Montreal Canadiens fans should cheer for the San Jose Sharks

After a quick exit, Habs fans find themselves without a team to cheer for in the Stanley Cup Playoffs. Have no fear though, our SB Nation brothers and sisters will be fighting for our loyalty.

Share All sharing options for: Why Montreal Canadiens fans should cheer for the San Jose Sharks

Nick Scibetta, Managing Editor for Battle of California, also known as Megalodon, was kind enough to lend his voice to EOTP temporarily to tell us all why we should cheer for the San Jose Sharks. I will now give the floor to him:

Five reasons Habs fans should cheer for my team, the Sharks:

2. The Sharks are Canada's team. Look: 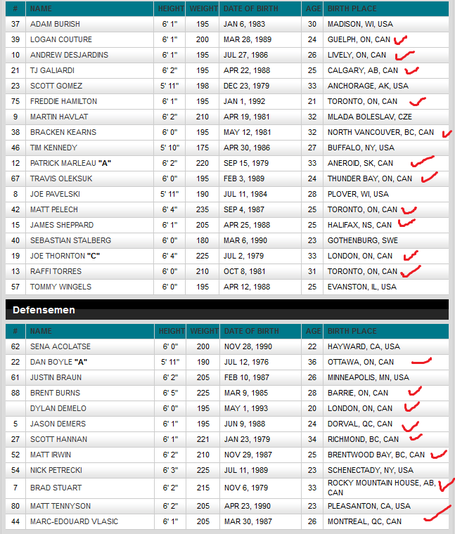 4. Seeing Joe Thornton win a Cup would probably annoy Boston fans and you guys don't want them to be happy right?

5. Finally, if the Sharks win then there is a good chance Patrick Marleau will be the MVP and that will cause Jeremy Roenick to crap his pants to death.

Be sure to check out Battle of California for all your California and battle needs. Also they cover both the Sharks and Kings, who are both in the playoffs and real Cup contenders. Also the Ducks, who aren't.