Laura isn't around to do the quick recap as she's at a wedding today, so I get to do it and not be funny.

The EOTP three stars of the night:
3rd star: Jason_M's response to my question of who's the next whipping boy drew some applause: 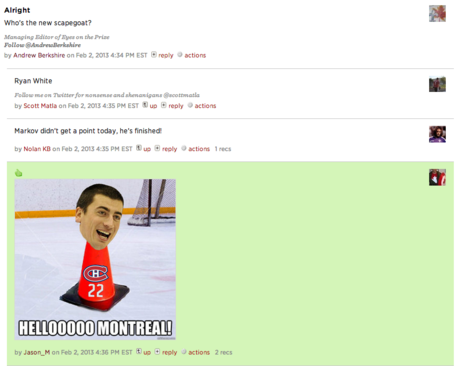 2nd star: Jason_M appears again with his response to Lars Eller's great game brought back a meme from last season: