Assessing Carey Price's first win of the season versus the Florida Panthers.

One of the biggest benefits of following the Montreal Canadiens is rarely having to worry about goaltending. This franchise has a lineage between the pipes that is unmatched in NHL history and at one point had a bridge of close to 50 years of Hall of Famers in their crease. (Bill Durnan - Jacques Plante - Gump Worsley - Ken Dryden - Patrick Roy)

Even when the bridge was broken, they still had players stretch their bodies across the gap with some brilliant performances. Steve Penney in 1984, Jose Theodore in 2002 and Jaroslav Halak in 2010.

Generations of Hab fans have been spoiled with great goaltending and watching Carey Price on a nightly basis is no different. He has grabbed the torch and is beginning his chapter in this teams storied history.

Last night's performance versus Florida, as brilliant as it was, is quickly becoming the expectation. In the middle of the chaos that enveloped the Halak/Price feud I continually tried to offer perspective based on their age. Halak's 2010 run took place while he was 25, the age right now where we are beginning to see a truly dominant Carey Price emerge.

We are beginning the cycle of his prime and boy is he fun to watch. 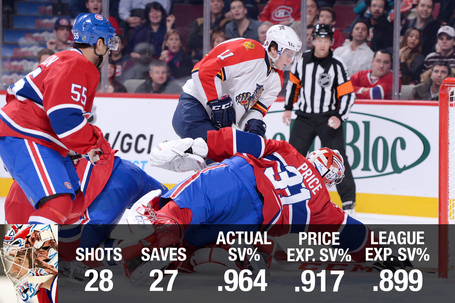 Price is showing every sign of making the leap through 2 games. He has blown past his expected save percentage of the last two seasons and destroyed what the expected results would be from your average NHL starter.

He has given up three goals in two games and all three were inches away from miraculous recoveries. His movement has never been in question, but now he is beginning to follow the play and track the puck at an elite level. These were always skills that required experience and with close to 300 NHL games on his resume his mental preparation has caught up to his physical skillset.

If you contrast these two goals, you can see the difference between Price and Clemmensen.

Here is Scott Clemmensen on the opener from Tomas Plekanec. 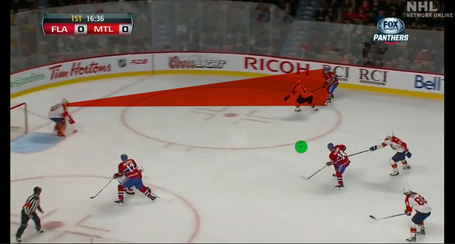 Follow his eyes and how he reads the play. Brian Gionta has dropped the puck to Plekanec and the puck has almost arrived at it's intended target and Clemmensen is still focused on Gionta. 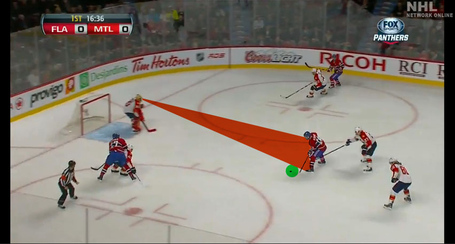 At this point, Clemmensen has sniffed out the danger, but as Plekanec is about to shoot, he is still slightly trailing the play. His head has just turned, but look at his feet, they are still set for a shot from Gionta. 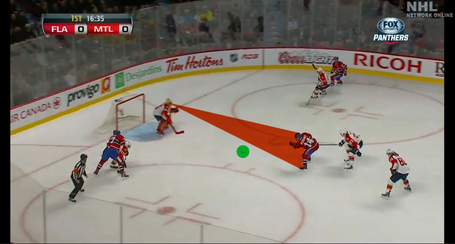 You can see as the shot is released he is still late with his eyes and he has yet to set his feet for the incoming release. At this point his only chance is for luck to strike and the puck to hit him in transition. 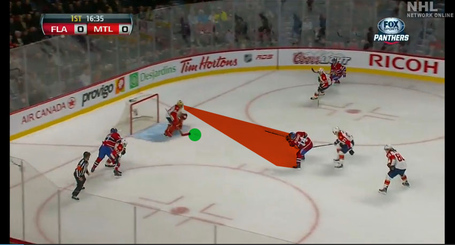 Moments before the puck hits the net you can still see Clemmensen's eye plane looking at Plekanec. His feet are still not set and the puck is sliding below his late dropping butterfly.

Contrast that to Price. 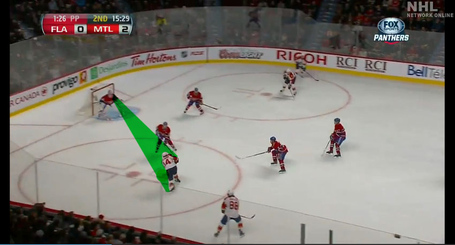 Price is square to Tomas Fleischmann and the puck release is within his vision. 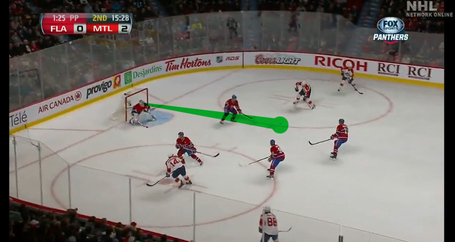 As the pass approaches Tomas Kopecky, Price is all over it. His eyes are tracking the puck brilliantly and he has begun his push across for the desperation save 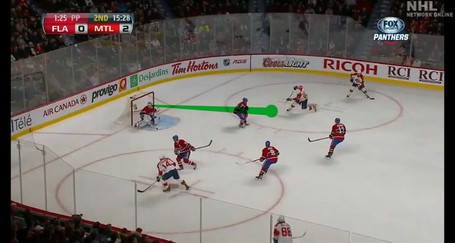 As Kopecky releases the shot, Price can see where the play is headed and attempts to cover as much of the net as possible with the continuation of his push and using his glove hand. 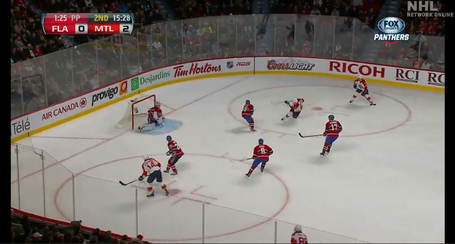 Unfortunately the puck slips between his arm and his pad into the net, but because of his puck tracking and read of the play he gave himself the best possible chance to get lucky.

These little things add up over a game and a season. In a small sample a goaltender can have Kopecky fire wide, hit a post or not get enough air and hit a desperation pad (or in Martin Brodeur's case, a pad stack), but over a large sample the goaltenders who read the play better will be on time more often and get luckier.

Price has been on pretty much everything this season through two games and is a good sign for a huge 2013. 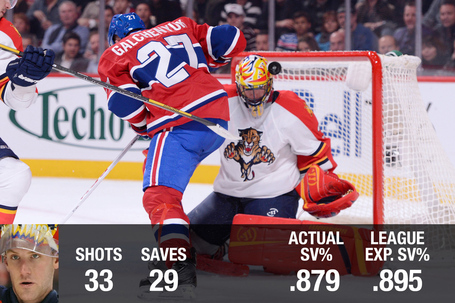 Clemmensen did little to differentiate himself from the league average tonight and although his numbers were below what your replacement level goaltender would provide, he was unlucky on Markov's seeing eye slap shot for goal number three. He was pretty much what he is and that is average.

The Canadiens are beginning to acquire an elite core and it is lead by their best player at this point, Carey Price. 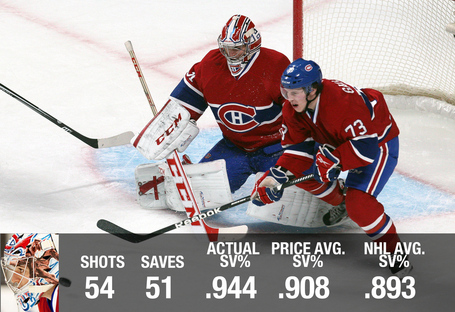