Which Montreal Canadien Wore It Best: #14

Share All sharing options for: Which Montreal Canadien Wore It Best: #14 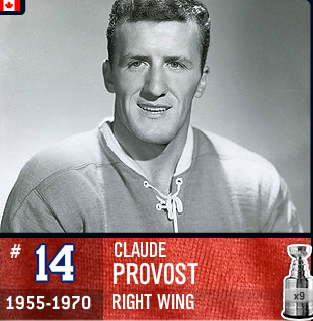 The diminutive forward was born and raised in Montreal, and only wanted to play for one team, his hometown Habs. An awkward skater, Provost was deceptively quick and developed into one of the better checking forwards in the game, frustrating top left wingers for 15 years. Provost holds an NHL record for the fastest goal in a period, scoring just 4 seconds into the second against Boston. Provost is one of only 5 men to have played over 1000 games in a Canadiens jersey, and he was rewarded by having his name engraved on the cup 9 times. Unfortunately Provost suffered a heart attack in 1984, passing away at just 51 years old. 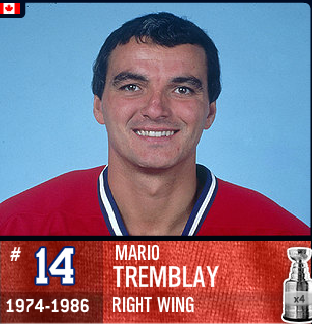 A brilliant two way forward who broke the Canadiens lineup at just 18 years old, Tremblay is a 4 time Stanley Cup winner, a veteran of the dynasty 1970's Habs. Tremblay would have a 5th Stanley Cup in 1986, but an injury forced him out of action before the playoffs. The injury would eventually force him to retire. Throughout his career, Tremblay had a penchant for always being in the middle of the action. From assisting on Yvon Lambert's overtime winner against the Bruins in 1979 to ragdolling Peter Stastny in the Good Friday Massacre. A four time 30 goal scorer, unfortunately Tremblay is best remembered by Habs fans as the reason Patrick Roy spent the second half of his career in Colorado. His disastrous coaching was right up there with Houle's management in putting the organization in the hole for over a decade. 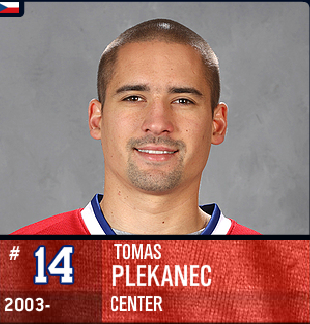 The current Mr. Everything for the Habs, Tomas Plekanec is the most versatile forward the Canadiens have. A tough minutes center at even strength, Plekanec is a consistent 50-70 point player even when playing with pluggers. Plekanec is also one of the best special teams players in the league, both a power play ace and the best penalty killing forward in the NHL over the last 5 years or so. Plekanec has scored 20 or more goals for 5 of his 7 seasons with the Canadiens, and is the hardest worker on the team. Plekanec doesn't have the Cup rings that the other two do, but he also plays in a different era, and isn't a secondary forward behind players like Jean Beliveau and Guy Lafleur.