Need some fantasy hockey draft help? We've got you covered.

During the summer I came up with a nice little formula for predicting player performance, and I put it in a handy app.

Share All sharing options for: Need some fantasy hockey draft help? We've got you covered.

This time of year we're all taking part in a bunch of fantasy drafts. Most of the time all of your leagues have different point scoring methods. When you're assembling draft lists, it can be hard to keep track of what's what.

On top of that, the predicted stats from league like Yahoo! and CBS Sports are usually god awful.

In an effort to make managing your fantasy hockey drafting easier, I've addressed both these issues in an app that's currently available in the App Store on iOS devices.

The app, called Fantasy Hockey Draft Aid, allows you to customize the weighting of each statistic to create custom lists showing the predicted value of each player. 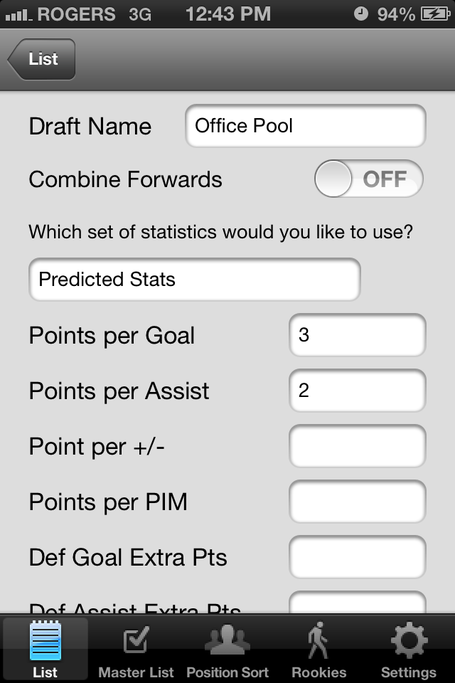 There are three data sets to draw from, last year's statistics, a 3 year average, and my own formula created through a combination of traditional and advanced statistics.

Once you customize your list for the pool you're drafting in, just hit "update and recalculate" to save the list. From there you can draft to your team through the master list or by position. 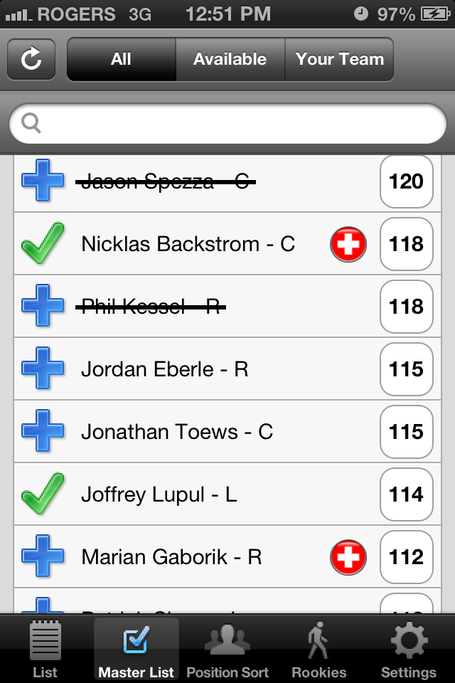 For extra information on a player, tapping their point totals will give you a breakdown of how that player should perform in a 48 game season according to the preset stats you've chosen. 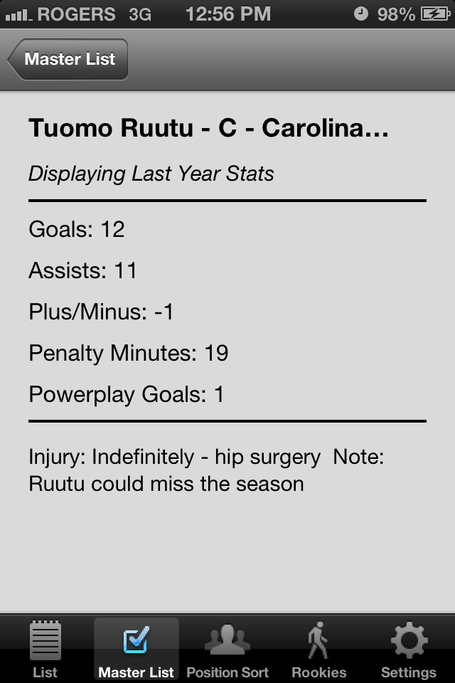 If you prefer to manually keep track of your drafting, you can email yourself a master list that you've created through the app settings.

All statistics are calculated as if a player would play a 48 game season, as guessing how many games a player will miss is a fool's game.

One thing the app does not do is predict goaltender performance. I don't believe that there are statistics available that can predict goalies well enough, so on that specific part of the draft, go with your gut!

The app is $1.99, and we're constantly updating with injury information and new players. Please check it out!