The More Things Change, The More They Stay The Same

Share All sharing options for: The More Things Change, The More They Stay The Same 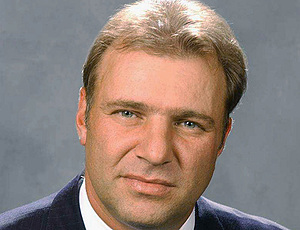 The Montreal Canadiens are expected to announce that Michel Therrien will be hired as the new [old] head coach of the team. A decision that has seemed inevitable for a few days now, but still looks terrible.

Defenders of Therrien will cite his trip to the Stanley Cup Finals with the Pittsburgh Penguins as evidence that Therrien is a good coach, but this is faulty reasoning at best, and ignorance at worst.

Here's a handy chart to show the coaching records of recent Habs coaches. I don't believe coaching records to be the most accurate way to judge a coach, for example Guy Carbonneau was a terrible coach with a great record, but this doesn't look good for Therrien.

As you can see, only Cunneyworth in a small sample lead the Canadiens to a worse record in his tenure than Michel Therrien did. But perhaps judging only by Habs coaching is unfair? Let's eliminate Carbonneau and Cunneyworth because they've both only ever coached the Canadiens, and see how these coaches have done in their NHL careers.

Once again Therrien comes second last. Is this really the best that Marc Bergevin can offer us with a month long coaching search? This is what's offered as the new face of the Canadiens? There is no coach available anywhere in the world that Bergevin sees as a long term solution for the Habs? I call BS on it. This is a decision made by an organization afraid of risk, but they'll get no reward from it.