The Canadiens pick 3rd overall tonight, their highest pick since Doug Wickenheiser. Who will they take? 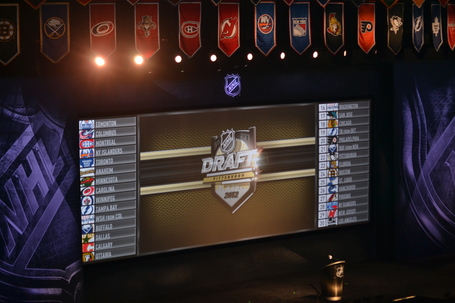 Photos courtesy of Matt Wagner of The Cannon

The draft begins at 7:00 PM EST on TSN, and the Montreal Canadiens will be selecting 3rd overall, unless something crazy happens. With the 3rd overall pick, the Habs should be able to pick one of the highly touted Russian players, but who knows what Timmins has up his sleeve.

The crew at EOTP thought it would be cool to contrast the actual draft results (updated live) with SB Nation's mock draft.

Trades will also be updated live as they occur.

The Anaheim Ducks trade Lubomir Visnovsky to the New York Islanders for a 2013 2nd round pick.

The Dallas Stars trade Mike Ribeiro to the Washington Capitals for Cody Eakin and a 2012 2nd round pick.

Habs draft table, the calm before the storm. 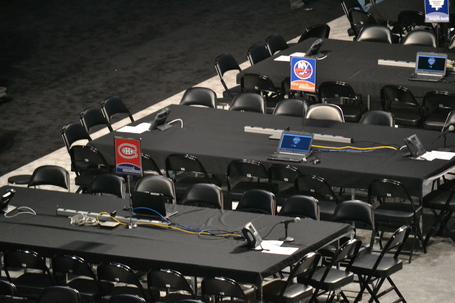