Share All sharing options for: Game Thread: Backstrom Back as Caps Host Habs

Washington Capitals are getting good news at just the right time. Clinging on to the eight seed in the Eastern Conference playoff race, the Caps announced this morning that Nicklas Backstrom will be back in the lineup tonight as they face the Montreal Canadiens.

Backstrom has not seen action since a game against the Calgary Flames on January 3, when he took an elbow to the head from current Habs forward Rene Bourque. From this morning's skate, the Capitals center will be on the top line with Alexander Ovechkin and Marcus Johansson.

The big benefit should be Washington's power play, which has struggled of late, going at a 14.7 percent rate in the 40 games Backstrom has missed. Thirty-five of Backstrom's 100 career NHL goals have come with the man advantage. The have won just 18 games since their number one center went down.

Backstrom has 14 points in 15 career games against the Canadiens, but, as you will see below, the Capitals haven't needed his services against the Habs this season.

Interesting fact from NHL.com: Since being ousted in the first round of the 2010 Stanley Cup playoffs, the Capitals are 6-0-1 against Montreal with four shutouts from four different goalies.

The Canadiens would hopefully like to light the lamp a bit more in their final game with Washington. They've managed just a single goal, in the first three meetings this season, despite outshooting their opponent 92-63.

They Habs were defeated by the conference-leading New York Rangers 4-1 on Friday night. They were held to just 20 shots on goal and despite some decent Corsi/Fenwick numbers, only had nine scoring chances.

Peter Budaj gets the call in goal for Montreal. MIchal Neuvirth goes for the Caps.

Chris Boucher with an interesting historical break down the draft.

It wasn't all PG's fault

On this day in 1979: Guy Lafleur hit the 50 goal mark for the 5th straight season, in a 5-3 win over the Penguins at the Forum.. The win was the Habs 50th of the season, making then just the second NHL team in history to record four straight 50+ win seasons. 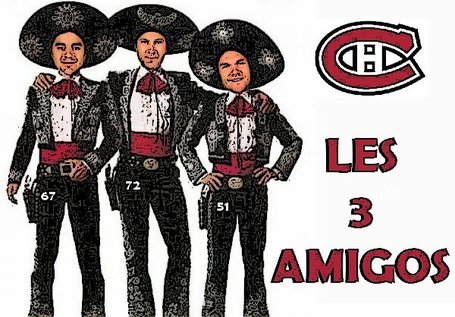 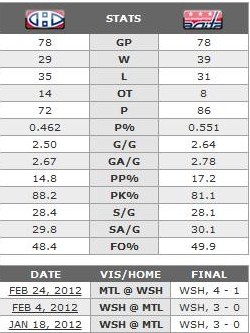