The Florida Panthers are in a very tricky spot in the NHL's Eastern Conference. If they can keep a winning record, they are third in the conference. If they stumble, and either the Washington Capitals or Winnipeg Jets pick up some points, they could find themselves on the outside of the playoff window for the eleventh straight season.

A single point separates the three teams, heading into today's action, with the Jets and Caps sitting 8th and 9th respectively in the conference. The Panthers hold an advantage of having four games in hand on Winnipeg and two on Washington.

The Panthers are coming off a 3-2 shootout win over the Carolina Hurricanes on Saturday night. Florida scored a pair of third period goals for the comeback victory, their third of the season when trailing after two periods. The second goal came from newest team member Wojtek Wolski, who was fresh off the plane from New York.

Brian Campbell has been a workhorse for the Panthers, racking up at least 30 minutes of ice time in the past five games. Tomas Fleischmann picked up his 20th goal of the season Saturday, and has 11 points in his last 13 games. He has three goals in two games against the Canadiens this season.

Scott Clemmensen gets the call in goal for the Panthers.

Peter Budaj gets the start this afternoon for the Canadiens. Budaj was the losing goalie in the Canadiens 2-1 loss to the Panthers at the Bell Centre back in October. He picked up the Second Star for his 29-save performance.

Speculation this morning from Stu Hackel is that if the Canadiens are working a trade involving either Andrei Kostitsyn or Chris Campoli, that they probably do not dress for the game. That, or they disappear after the second period. Not like we've seen that before.

Big chatter in Montreal at the moment is whether or not Tomas Plekanec will be traded. Earlier in the day, Pat Hickey of the Montreal Gazette reported that Plekanec would be willing to wiave his no trade clause.

From the original Hickey article:

"While Plekanec said Friday that he wasn’t aware of being the subject of any trade talks, The Gazette has learned that the player’s agent let it be known earlier this month that the veteran centre would be willing to waive the no-trade clause which was part of the six-year, $30-million deal he signed in 2010."

Hickey's report was almost instantly chastized by fans as outrageous and fellow media, including Sportnets Nick Kypreos and Louis Jean were quick to respond that the report was false.

RDS' Renaud Lavoie reported shortly after that Plekanec's agent, Rick Curran has denied the report. Hickey quicly scampered to make corrections to his story, leaving the fact that the Habs center was unaware of any trade talks.

In the meantime, Louis Jean has since tweeted that although Plekanec wishes to stay in Montreal, a source tells him the Habs have talked about trading him saying, 'something could happen tonight." 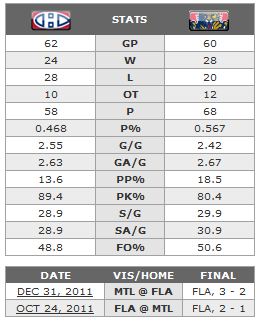