Share All sharing options for: We'll Miss You Kid!

Baseball, and the rest of the Montreal community lost one of it's popular figures with the passing of Gary Carter.

Carter passed away this afternoon, following a difficult battle with brain cancer. He was 57. Word of "The Kid's" illness broke in May of 2011, when he was diagnosed with four malignant brain tumors. Another four showed up in January and were inoperable.

For me, Gary Carter was my first baseball hero as a kid. As the Canadiens dynasty ended in 1979, the up and coming Montreal Expos team were quickly competing with their hockey counterparts as Montreal's number one team. In terms of populartiy, the Expos catcher was quickly catching up to Guy Lafleur. Francis Bouchard was able to dig up a photo of the two legends for us. 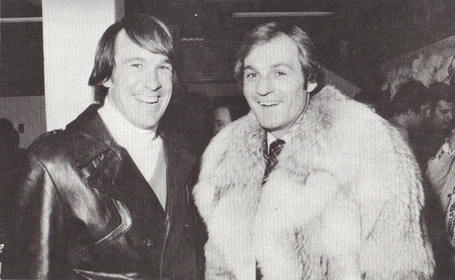 With an exciting crop of talent that included Tim Raines, Andre Dawson, Steve Rogers and Tim Wallach, it was Carter that quickly became the face of the team. Expos products were everywhere, even in Toronto where the Blue Jays were still years from becoming a contending club.

I still recall wearing my Carter replica jersey the second the snow would first melt in February and throwing a ball around in the back yard. Carter and the Expos made me a baseball fan. Too bad lockouts and a steroid scandal killed that.

The Expos popularity carried across the country in 1981, when they became the first Canadian Club to make it to the post-season. A Blue Monday homerun, ended the Expos chances for a World Series.

Carter eventually got his Series ring with the New York Mets in 1986, but returned to Montreal in 1992. When he was inducted into the Baseball Hall of Fame, he went in as an Expo.

The Expos eventually moved to Washington, but have never been forgotten. In 2005 the Canadiens honoured the Expos, Carter, Tim Raines, Andre Dawson and Rusty Staub with a special banner that hangs in the Bell Centre rafters.

Rest in peace, Kid. You will be missed. 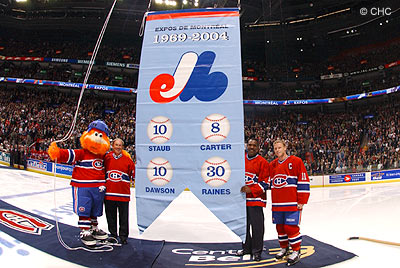