Which Montreal Canadien Wore It Best: #32

The number 32 has been worn by nine players for the Habs in over a 100 years of history, but only three make it to this list. Who wore it better? Also to wear #32: Brad Brown, Gordie Dwyer, Dennis Herron, Mark Holden, David Lumley, and Mario Roberge.

Share All sharing options for: Which Montreal Canadien Wore It Best: #32 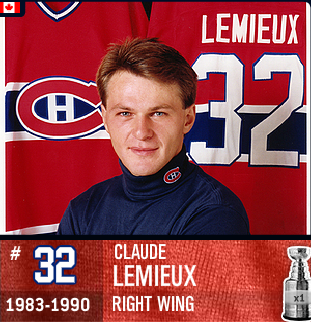 One of the most reviled players in the history of the game, Claude Lemieux made a name for himself by doing every possibly thing it took to win. If he needed to dive, he did. If he needed to fake an injury, he did. If he needed to deftly cheap shot a player, he did. And if he needed to score, especially in the playoffs, he did. In his rookie season in Montreal, he scored 10 goals and 6 assists in just 20 playoff games en route to a Stanley Cup victory. Lemieux made a name for himself as the definition of a clutch player. Defensively sound as well as offensively gifted, Lemieux's most lasting reputation is that of an instigator. He relished his role in getting the best players on the opposing teams off their game. A 3 time 25+ goal scorer for the Canadiens in all 3 full seasons he played, he only got better when he was traded to the New Jersey Devils, scoring 101 goals the next three seasons, and leading the Devils to the finals the following two seasons, winning the Cup and Conn Smythe Trophy in 1995. The trade of Lemieux to the Devils is still lamented as one of the worst in franchise history. 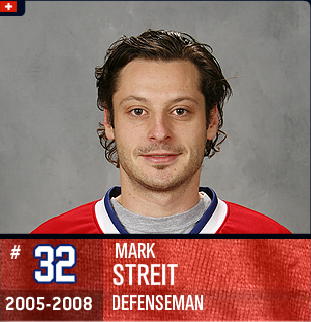 A long shot pick in the now non-existent 9th round of the NHL Entry Draft in 2004, Mark Streit was already 27 years old when he joined the Canadiens in 2005-06. A rough first season didn't make the pick look like a smart one, but Streit improved drastically each season in Montreal, culminating in a carer high 62 points in 2007-08 on the back of a dominant powerplay and constant feeds from Andrei Markov. Streit was used mostly as a forward by Guy Carbonneau at even strength in Montreal, and ultimately that cost the team his services, as he opted to play defense for the New York Islanders. Streit's greatest moment as a Hab is likely his involvement in the 5-0 comeback against the New York Rangers on February 19, 2008. He and Michael Ryder engineered the comeback with a few great shifts before ultimately scoring 3 of the 5 goals needed to complete it. 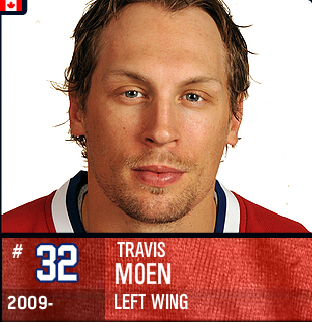 An unrestricted free agent signing in 2009, Travis Moen was a favourite of then-coach Jacques Martin. Used as a defensive shell on the third and sometimes second lines, Moen regularly played against the toughest competition the opposing teams had to offer, limiting the damage against the Habs and sometimes doing some of his own. Moen's contributions over the last 3 years don't really show on the traditional stat line, but he's valued enough by the organization that he was just given a 4 year contract extension to take him through 2017, when he'll be 35. Moen's greatest moment in a Habs jersey is likely when he made Sergei Gonchar look too old for the game and scored the goal that got Marc-Andrei Fleury pulled in Game 7 of the second round in the 2010 NHL playoffs.