Which Montreal Canadien Wore It Best: #35

The number 35 has been worn by seven players for the Habs in over a 100 years of history, but only two make it to this list. Who wore it better? Also to wear #35: Alex Auld, Eric Charron, Andy Moog, Andrei Bashkirov, and Stephane Fiset.

Share All sharing options for: Which Montreal Canadien Wore It Best: #35 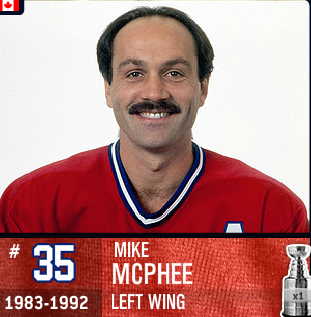 If there is such a thing as a star defensive forward, McPhee was one. Tough as nails and as consistent as any player you can name, McPhee only failed to score more than 15 goals once in his career, his rookie season where he scored 5 in 14 games. Over his nine year career with the Canadiens, he averaged 23 goals per 82 games played. His unyielding physical play and consistency won McPhee three Jacques Beauchamp "unsung hero" awards with the Canadiens. Aside from putting up 40 point seasons like clockwork, McPhee is also a very intelligent man. He was a standout student at RPI while studying civil engineering, and completed an MBA after his playing career ended. 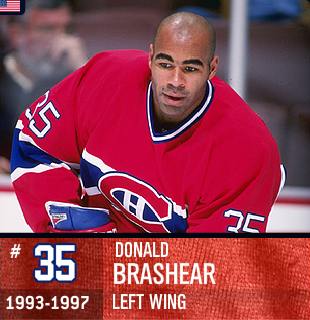 Brashear really doesn't belong in this conversation. He was the heavyweight champion of the NHL for a couple of years, but he wasn't ever a good hockey player. However he played enough games, and I really didn't want to skip Mike McPhee.