Which Montreal Canadien Wore It Best: #37

The number 37 has been worn by eight players for the Habs in over a 100 years of history, but only four make it to this list. Who wore it better? Also to wear #37: Jean-Claude Bergeron, Gabriel Dumont, Randy Exelby, and Tomas Vokoun.

Share All sharing options for: Which Montreal Canadien Wore It Best: #37 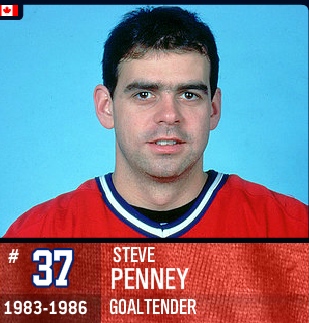 Steve Penney was the Jaroslav Halak of the 80's even if Chris Boyle will kick me for saying that. After just 4 NHL games as a rookie goaltender in the regular season, Penney was given the start for the Habs in the 1984 playoffs over Rick Wamsley and Richard Sevigny. The result was a thrilling run to the conference finals, including the recently talked about Good Friday Massacre where the Habs came from behind in the 3rd period to eliminate the hated Nordiques. Penney put up a .910 save percentage in the playoffs that year, when the average league save percentage was .873. To put it into perspective, that would be like a rookie goalie last year putting up a .951 save percentage. The Canadiens couldn't best the 4 time reigning champion New York Islanders in the conference finals, but the Oilers did in the next round. Penney went on to be the starting goaltender in Montreal the next season, but never got back to the same heights as his rookie year, playing only 33 games in the last 3 years of his 5 year career. 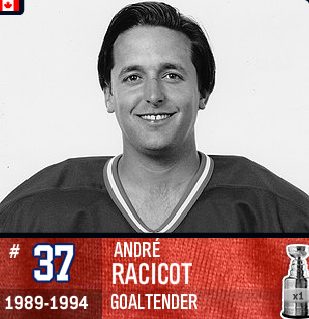 Andre "Red Light" Racicot is perhaps the most made fun of player in NHL history. He's literally known for the the goal light on behind him. His nickname, as a goaltender, is essentially being scored on. But is it justified? Racicot held down the backup job for the Habs for 4 years behind none other than Patrick Roy, so maybe it's the talent disparity that makes him look so awful. Then again, in 1992-93, many were convinced that Racicot had outplayed Roy during the season, and should start the playoffs against the Nordiques. Water cooler talk of that nature intensified when the Habs dropped the first two games to Quebec, however Roy soon re-proved his mettle by putting on what may have been the greatest run a goaltender has ever been on in the postseason. The most surprising thing about Racicot, is that in spite of all the criticism, he has a winning record. Only a slight one, but it's a winning one. And according to Quant Hockey, Racicot put up an above league average save percentage from 1990-1993. Not bad for a guy who's entire legacy is being terrible. Also, look at that shiny Stanley Cup ring he's got. 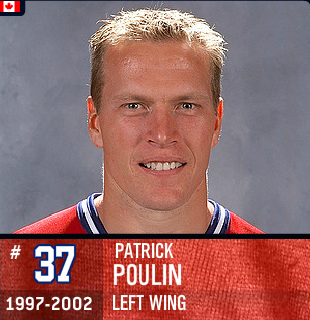 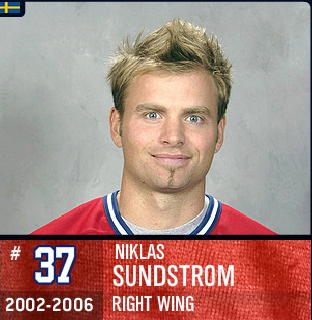 Sundstrom had been a solid second line player who pushed 40 points with the San Jose Sharks and New York Rangers before coming over to the Habs as part of the Jeff Hackett trade, but he couldn't replicate that success in Montreal. Despite diminishing returns, he survived the 2004-05 lockout as a Hab and played another 55 games before going back home to Ornskoldsvik to play with Modo, where the 37 year old still plays.