Which Montreal Canadien Wore It Best: #25

The number 25 has been worn by seventeen players for the Habs in over a 100 years of history, but only three make it to this list. Who wore it better? Also to wear #25: Dan Aiken, Andrei Boudrias, Billy Carter, Mathieu Dandenault, Normand Dupont, Don Johns, Chad Kilger, Larry Landon, Cliff Pennington, Jean-Noel Picard, Noel Price, Glen Skov, Brad Staubitz, and Doug Wickenheiser.

Share All sharing options for: Which Montreal Canadien Wore It Best: #25 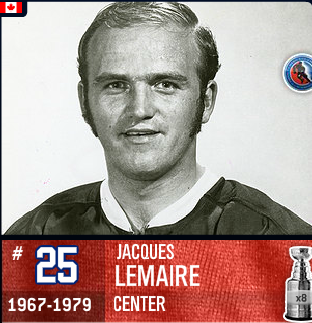 How many Hockey Hall of Famers are even more known for what they do after hockey than what they did during it? How many could say that after winning 8 Stanley Cups as a player? Jacques Lemaire is quite simply one of the best thinkers of the game that hockey has ever known. A cerebral player who was perhaps even better defensively than he was offensively, Lemaire never failed to hit the 20 goal mark in his 12 seasons with the Montreal Canadiens, and scored over 30 goals in half of those seasons. In the examination I did of Game 7 against the Bruins in 1979, Lemaire had an absurd 83% Corsi while playing tough minutes. Overshadowed by Guy Lafleur during his career, Lemaire still hasn't had his number retired by the organization, but he was likely the second best player in the NHL during his era. 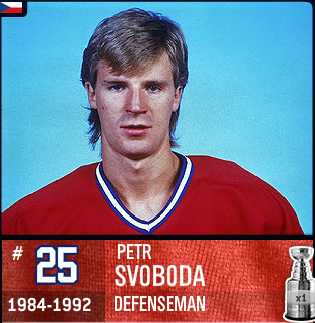 The first Czech player to ever wear a Habs sweater, Petr Svoboda was the Canadiens surprising 5th overall pick during the 1984 NHL Entry Draft. No one but Serge Savard and the Canadiens new Svoboda had left Czechoslovakia, so his presence at the draft caused quite the stir. Savard had facilitated Svoboda's defection from communist Czechoslovakia, and holed him up in a Montreal hotel until the draft. A beautiful skater with excellent hockey sense, Svoboda also didn't mind getting in on the physical play in spite of his slight frame. Svoboda could never really live up to the hype offensively, but he was a solid all-around defenseman for over 500 games with the Canadiens, including a Stanley Cup victory in 1986. Later in his career he added a gold medal for the Czech Republic in Nagano, and before his retirement he was the first Czech player to ever play 1000 NHL games. 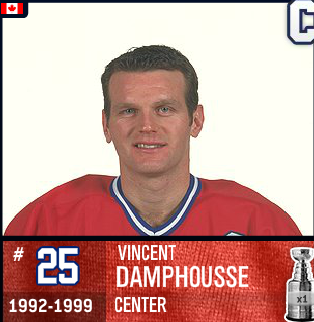 Acquired from the Edmonton Oilers for a package deal including Shayne Corson and Brent Gilchrist, Damphousse instantly became the most dangerous offensive threat on the Montreal Canadiens, wringing off 3 90+ point seasons the next 4 years, with the missed year being the lockout shortened 1994-95 season. The best season of Damphousse's career happened to be 1992-93, where he scored 97 points in the regular season, and added 23 in 20 playoff games en route to the last Habs Stanley Cup. Damphousse was later named captain of the Canadiens, and kept the struggling team competing for the playoffs in spite of terrible management decisions clawing away at the roster.