Which Montreal Canadien Wore It Best: #26

The number 26 has been worn by sixteen players for the Habs in over a 100 years of history, but only four make it to this list. Who wore it better? Also to wear #26: William Baker, Gerry Brisson, Paul Curtis, Pierre Dagenais, Jude Drouin, Terry Gray, Craig Laughlin, Gary Leeman, Keith McCreary, Jim Montgomery, Daniel Newman, and Yves Sarault.

Share All sharing options for: Which Montreal Canadien Wore It Best: #26 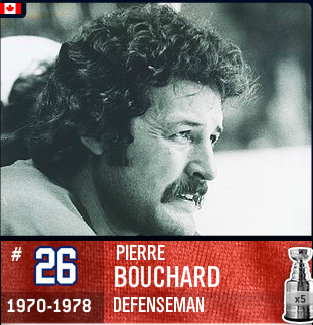 The son of Canadiens legend and retired number Emile "Butch" Bouchard, Pierre won 5 Stanley Cups of his own in 8 seasons with the Habs. Never an offensive threat, Bouchard instead made his living as a physical presence on the Canadiens' blueline. A hard, clean hitter who's imposing size kept opponents from challenging him, Bouchard could likely best be compared to modern day's Alexei Emelin, as he sat in the penalty box much less often than a typical guy who played his style. 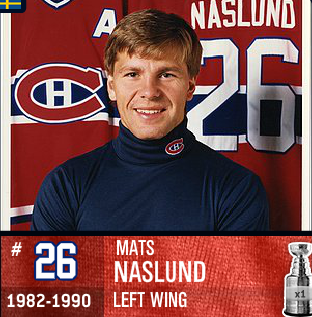 The pint sized Swede was perhaps the Canadiens' last superstar. A two time 40 goal scorer and the last Canadiens player to record over a 100 points in a single season, Naslund was a point scoring machine. His extremely high level of play also came with good sportsmanship, as he won the Lady Byng Trophy in 1987-88. More importantly though, Naslund scored 8 goals and 19 points in 20 games en route to a Stanley Cup victory in 1986. The Little Viking was a 3 time NHL All-Star, his best showing coming in 1988 while on a line with Mario Lemieux, where he picked up a league record 5 assists. 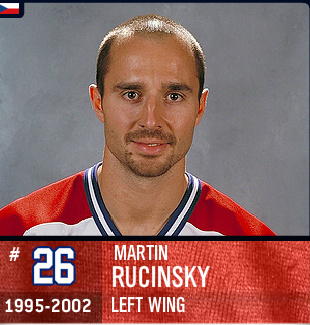 Martin Rucinsky holds the unfortunate distinction of being the only part of the Patrick Roy trade that even remotely worked out. The young Czech topped the 20 goal mark 4 times in 6 years with the Canadiens, and topped the 50 point mark 3 times. He was even over a point per game with the Habs the year he was traded. A points leader during some of the leanest years in Habs history, Rucinsky was also an important member of his country's national team. Rucinsky was a member of the gold medal winning Czech team in 1998 in Nagano, and brought home a Bronze medal in Turin in 2006. 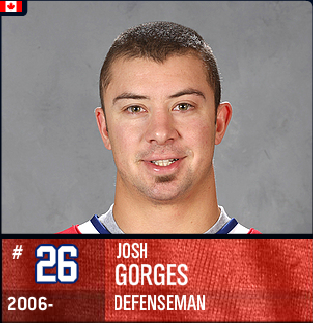 Part of one of the best trades the Canadiens have made in decades, Josh Gorges came to Montreal with a 1st round pick that became Max Pacioretty in exchange for Craig Rivet. Beginning his Habs career as a depth defenseman, Gorges slowly improved his play incrementally until he became a reliable top 4 defenseman, then pushing himself all the way to the top defense pairing with the young stud defenseman P.K. Subban. Gorges is a leader on the current incarnation of the Canadiens, often wearing an alternate captain's 'A'. The shot blocker extraordinaire isn't much of a scoring threat, but his steadying hand in the defensive zone and on the penalty kill is incalculable. Gorges recently signed a six year deal to stay in Montreal through 2017-18.