Which Montreal Canadien Wore It Best: #30

The number 30 has been worn by twelve players for the Habs in over a 100 years of history, but only two make it to this list. Who wore it better? Also to wear #30: David Aebischer, Garry Bauman, Tony Esposito, Mathieu Garon, Jean-Francois Jomphe, Richard Meagher, Jean-Guy Morissette, Philippe Myre, Rodney Schutt, and Wayne Thomas.

Share All sharing options for: Which Montreal Canadien Wore It Best: #30 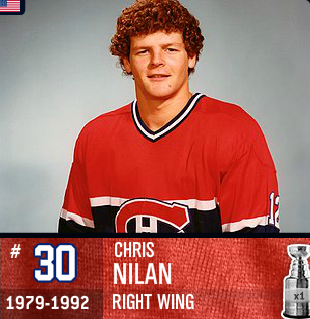 Perhaps one of the greatest pound for pound fighters in the history of the NHL, Chris Nilan was a mainstay of the Canadiens throughout the unheralded 1980's teams. Nilan however, was far from a one-dimensional goon. Often skating on the team's shut down line with the likes of Bob Gainey and Guy Carbonneau, Nilan's prime years saw him put up 56 goals over 3 seasons. Nilan put up over 200 PIM in 8 straight seasons in Montreal, including a ridiculous couple seasons from 1984-1986 where he put up 439 and 415 PIM including the playoffs each year. Nilan actually holds the record for most PIM for any Hab, despite playing just over 500 games for the organization. Nilan dealt with a lot of personal troubles during his career, but he seems to be on the right path now, talking openly about his struggles and commenting on hockey with TSN Radio 690. 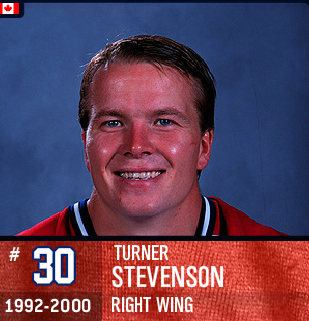 A bottom six type guy, Turner Stevenson broke into the league as a Hab just late enough to miss getting his name on the last cup the team won. Stevenson was a Hab for parts of 8 seasons before the Columbus Blue Jackets claimed him in the expansion draft in 2000, where he never played as he was claimed by the New Jersey Devils in compensation for a prior trade.