Which Montreal Canadien Wore It Best: #31

The number 31 has been worn by ten players for the Habs in over a 100 years of history, but only three make it to this list. Who wore it better? Also to wear #31: Normand Baron, Tom Chorske, Patrick Hughes, John Kordic, Patrick Labrecque, John Newberry, and Ed Ronan.

Share All sharing options for: Which Montreal Canadien Wore It Best: #31 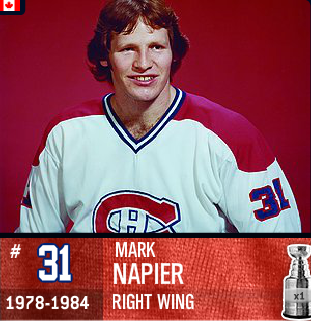 Napier was a rookie at the tale end of the legendary powerhouse late 70's Habs. In fact we looked at one of those games just two weeks ago, and he scored an important goal in it. After being a star player for the Toronto Toros and Binghamton Bulls in the WHA, Napier was stuck getting limited minutes for the Montreal Canadiens for a couple seasons until many of the 70's star players retired. The following 3 seasons Napier scored 35, 40 and 40 goals. He even outscored Lafleur once, although Lafleur missed 28 more games that year, so not really. A Stanley Cup winner in 1979, Napier repeated that feat with the Oilers in 1985. 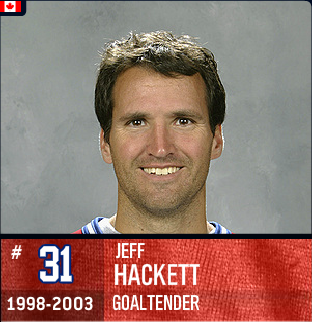 Acquired in a package deal that sent Jocelyn Thibault to the Blackhawks, Jeff Hackett provided an instant upgrade for the Habs. In two seasons as the Canadiens starter, Hackett was well over the league average save percentage with two .914 seasons until he was overtaken by the up and coming Jose Theodore, who relegated him to backup duties. Hackett struggled for two years in that role, before threatening to overtake Theodore with an excellent campaign the year after Jose won the Vezina and Hart trophies, which resulted in the Habs taking advantage of his value to trade him. 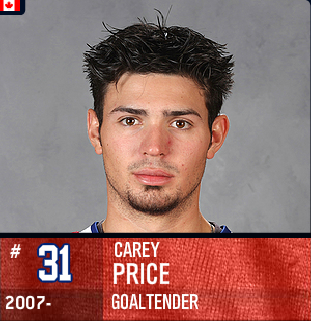 Drafted in 2005 the last time the Canadiens made it into the draft lottery, Carey Price has long been hailed the future of the Habs, and the face of the franchise. After a gold medal and MVP award in the World Juniors, and a Calder Cup with MVP honours as an AHL rookie, both in 2007, Price broke into the NHL as a 20 year old phenom in 2007-08, unseating Cristobal Huet as the starting goalie by the trade deadline. Trials and tribulations followed Price the following two years as the older Jaroslav Halak outplayed him, but as the entrenched starter in 2010-11 Price garnered enough Hart Trophy votes to place 5th overall in the league after a brilliant campaign. After signing a big money 6 year deal with the Canadiens this summer, Price will be in the Habs crease through most of his prime years, which we should begin to see when the NHL finally gets back to playing games.