A look at the Canadiens games we'll be missing

A quick run-down of what would have been in store for Habs fans if the cancelled games weren't... well, cancelled.

Share All sharing options for: A look at the Canadiens games we'll be missing 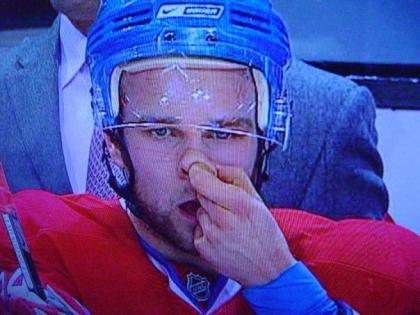 As you've already been reminded 76863 times, the NHL regular season was supposed to start today. Instead, thanks to the lockout, the NHL has cancelled the first two weeks of the schedule, which leaves us Habs fans with at least six less games to watch. But just because the games aren't being played doesn't mean we can't discuss them or "predict" how they would have gone. So here are some "previews" for our cancelled games:

The October 25 game against the Philadelphia Flyers hasn't been cancelled yet, but when it is we'll have to postpone the celebration of an important milestone: the gabazillionth Official Mention Of How The Montreal Canadiens Could Have Drafted Claude Giroux And Didn't.