What? No fifth straight preseason game for the Montreal Canadiens? How absurd!

Truth be told, I think we all needed a break from sub-NHL hockey.

Meanwhile the Habs keep preparing for the next preseason match-up Thursday against the Tampa Bay Lightning. One player who won't be staying on is Gabriel Dumont, who was sent down to the Hamilton Bulldogs this afternoon.

Habs newcomer Chris Campoli met the media today and took in his first practice with the team, paired up with Josh Gorges.

"We talked about what we got up to over the summer and just got to know each other a little bit. It was a good first day, This is a guy who’s been in the league for a pretty long time. He has a lot of experience and he’s played for a few different teams. I think guys that have been part of a few organizations bring a lot of character to the table. He’ll bring that extra touch for us offensively and on the powerplay." - Josh Gorges on Chris Campoli 09/27/11

Philip DeSimone, and Olivier Dame-Malka, demoted to Hamilton yesterday and respectively on a tryout today, each received a one-year, two-way deal with the Bulldogs today. You can follow DeSimone on Twitter at @DesyStorm.

Three other players, forward Ben Winnett , and rearguards Tony Dehart and Josh McFadden, have also been invited to the 'Dogs camp which opened today.

Brian Willsie and goalie Nathan Lawson have been reportedly placed on waivers, while Brock Trotter has cleared and will report to the Hamilton camp.

What's this? Someone says something nice about P.K. Subban??

Well nice to see Colin Campbell is doing something in the NHL (rolls eyes). Certainly not as effective as "Shannyvision."

Listen to Brendan Shanahan's self-intro on the latest suspension of Anaheim Ducks forward Jean-Francois Jacques; Is Shanny already bored of this, or did he read Jeff Marek's and my tweets, comparing him to Vince from "ShamWow!" and "SlapChop" fame?

That or Campbell was annoyed to get the wind knocked out of his sails when he saw this video. 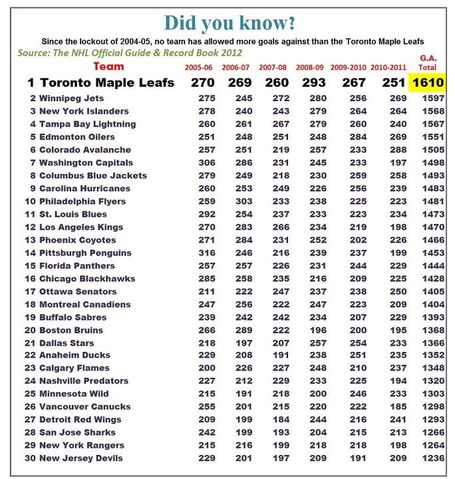