Inaugural Feel Like a Pro Day raises $170,000 for cancer research

What started as a vision by a 12-year-old boy, became a fantastic event to fight cancer. The first ever Minor Hockey Fights Cancer - Feel Like a Pro day, held on Saturday, raised an unimaginable sum for the Canadian Cancer Society.

Created by Mark Mennarn, a peewee player in Toronto's GTHL who lost his grandmother to cancer while his mom fights breast cancer, the event featured current and former NHL players.

Over 200 young boys and girls who raised money had the chance for an on-ice instruction session with the pros at the Canlan Ice Sports complex in Toronto, and the top fundraisers got to play in an All-Star Game along side the NHL Alumni. 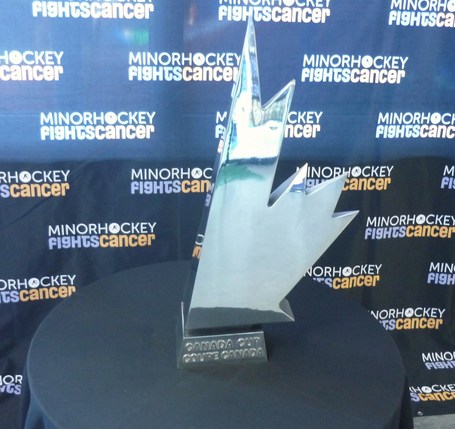 Off ice there were several other activities, including a silent auction that featured several pieces of hockey memorabilia donated by NHL teams. A Bobby Orr autographed jersey brought in $1300 alone.

The Hockey Hall of Fame brought in the Canada Cup (Coffey played on three winning teams) and the Leafs' Tim Brent and Lightning's Dwayne Roloson stopped by for an autograph session.

Face painting, shooting practice, and a raffle for an autographed Taylor Hall jersey rounded out the events.

All the skating participants received medals and received individual pictures of them with their pro instructor. The top fundraisers also had their photos taken with the Canada Cup and all the pros at center ice.

The big winner, of course was the Canadian Cancer Society, receiving a check for $170,000 that exceeded the event's target goal by 70 percent!

Congratulations to Mark for coming up with this idea and all who took part, donated or volunteered. This certainly looks like an event that will be repeated for years to come.

For more information on this event you can visit their website. It's also not too late to text a donation.

More photos from the event are below. 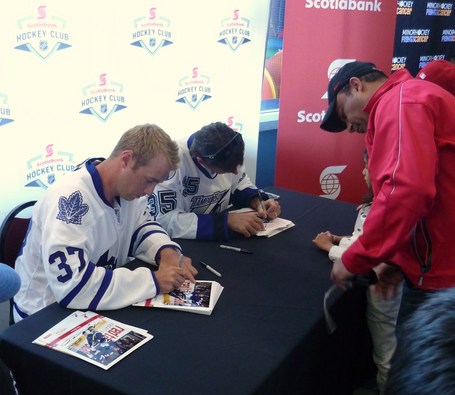 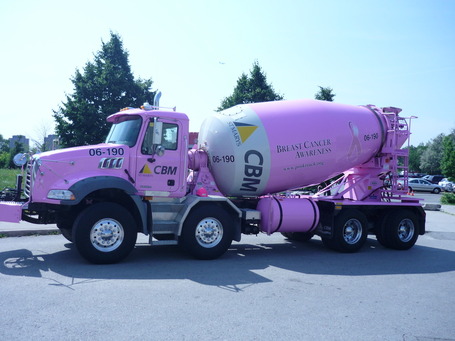 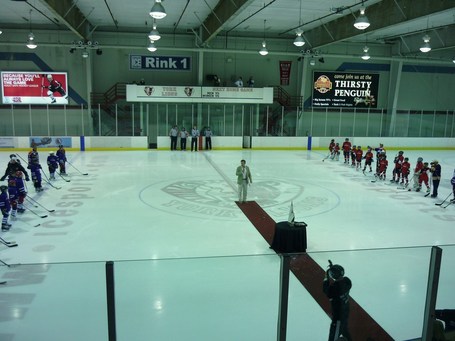