Best of Three, as Habs and Bruins resume series

Share All sharing options for: Best of Three, as Habs and Bruins resume series

It doesn't appear if Jacques Martin is planning any roster changes, so expect the same lineup when the Montreal Canadiens and Boston Bruins enter Game Five of their best-of-seven series.

The Habs will be hoping to maintain their road success in the series and not come back to the Bell Centre Tuesday, down 3-2.

Martin spoke to the media today, stating he won't make any final lineup decisions until game time. The Habs coach also noted the parity between both teams through the first four games.

Brian Wilde on the momentum swing

Five Keys to the game

Anyone wanna buy a t-shirt? :)

Chris Nilan and Max Pacioretty were doing an autograph signing this afternoon. Wonder what Mark Recchi would think, if he saw this ad? 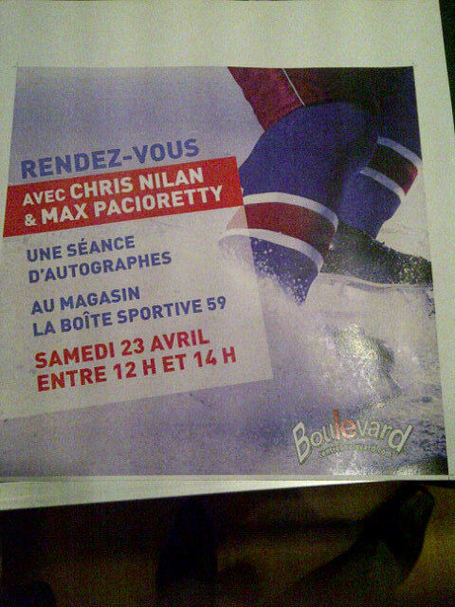 Andrew Cohen looks back at the '71 series between the Bruins and Canadiens.

More on tonight's game from Stanley Cup of Chowder.