The Montreal Canadiens just can't seem to catch a break when it comes to injuries, especially on the blue line.

Recently acquired Brent Sopel missed Thursday's game against the St. Louis Blues with an injury simply stated as an upper body injury by the team.  According to a CKAC report, initially had the injury as a broken broken arm, while TSN and the Montreal Gazette has updated it to a broken bone in his hand.

Canadiens coach Jaques Martin, would not confirm the extent of the injury, and said that Sopel's status is day-to-day.

Sopel, picked up in a trade with the Atlanta Thrashers, has 0 points and is a plus two in five games with the Canadiens, and has averaged 15:54 TOI playing 2:36 of that shorthanded. The Habs have won all five games he has played in.

The thirty-four-year-old played close to his average ice time Tuesday's win against the Boston Bruins, where the CKAC report  felt the injury occurred while blocking a shot..

A look at Tuesday's game draws a better conclusion as to the real occurrence, or possibly an aggravation to it.

A very strong possibility occurs with 3:40 remaining in the game. Sopel was tied up with Bruins forward Michael Ryderwhile in pursuit of the puck, and took an awkward tumble into the boards. He did not play another shift after returning to the Canadiens bench. 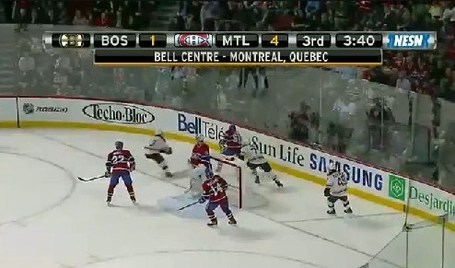 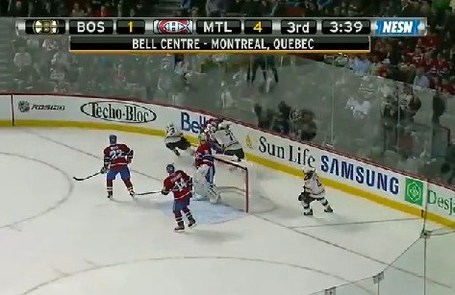 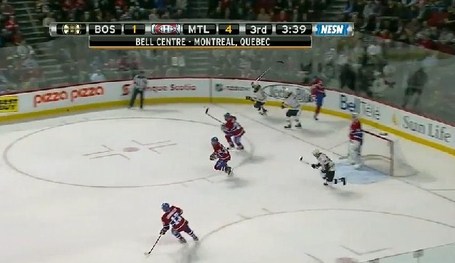 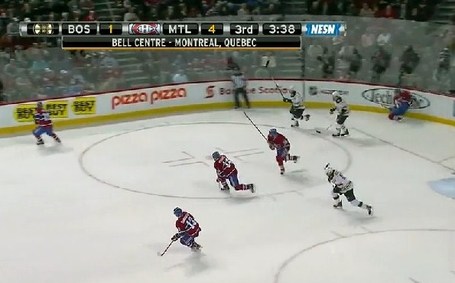 Sopel lands on with his right side against the boards, which does seem to stray away from the suspected injury, but the impact may have been enough to further aggravate the injury to his hand. Or, his day-to-day status is a combination of the two.

The Montreal rearguard was travelled to Washington DC today, to reunite with his former Chicago Blackhawksteammates, as the 2010 Stanley Cup winners met U.S. President Barack Obama Friday afternoon. A report on his experience from Canadiens.com where he was noted to have a cast on his left hand.

The Canadiens did not practice Friday, and face the Pittsburgh Penguins Saturday afternoon. Carey Price is expected to get the start in goal.