Share All sharing options for: Photo Gallery from the Heritage Classic Spectator Plaza

The puck will drop in just a few hours, when the Montreal Canadiens and Calgary Flames face off on the 2011 Heritage Classic at McMahon Stadium.

With little going on media-wise from the teams, and the press area not opened until 1:30 Calgary time, I paid a visit to the fanfest activities at Spectator Plaza.

The fans had already made there to the stadium and were enthusiastically taking part in the various activities, and enjoying the musical entertainment.

All the major sponsors were in attendance offering goodies and contests, such as an air hockey challenge, and target competition for a free satellite radio subscription.

Photos after the jump. 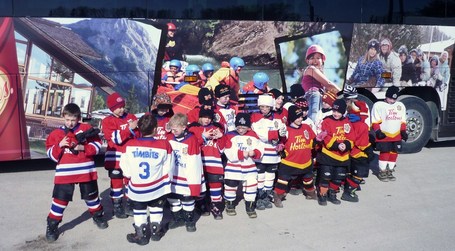 The Timbits Habs and Flames get ready for their group photo 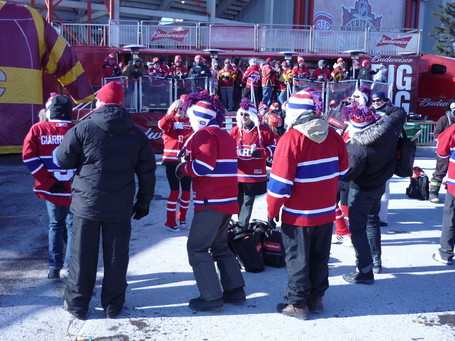 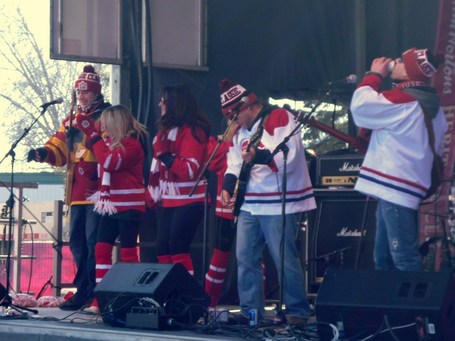 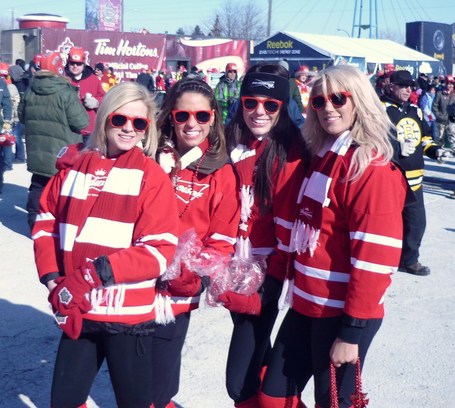 When aren't Bud Girls at a sporting event? 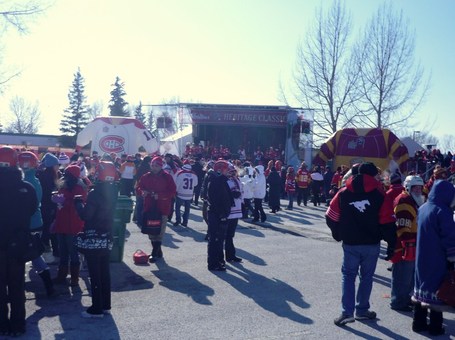 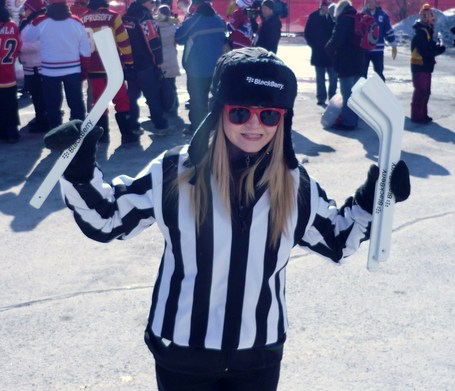 Jessie from the Blackberry booth was giving out free mini sticks 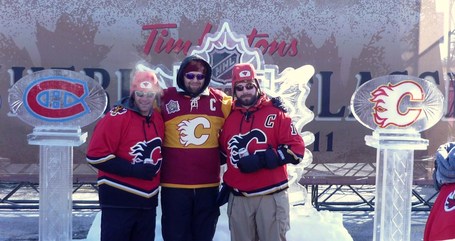 Habs and Flames fans at the Heritage Classic ice sculpture 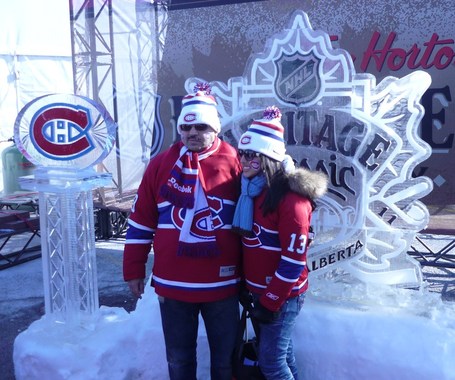 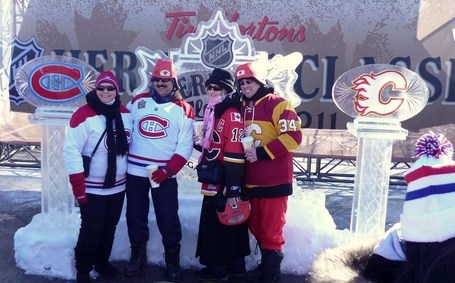 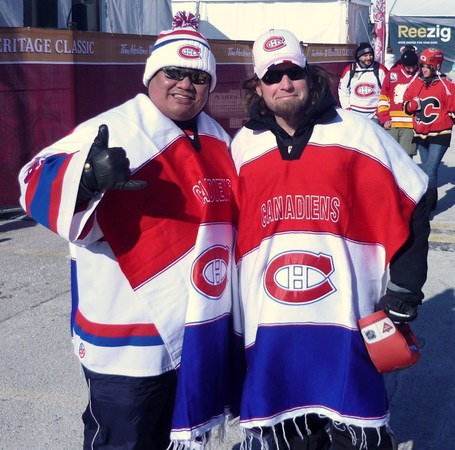 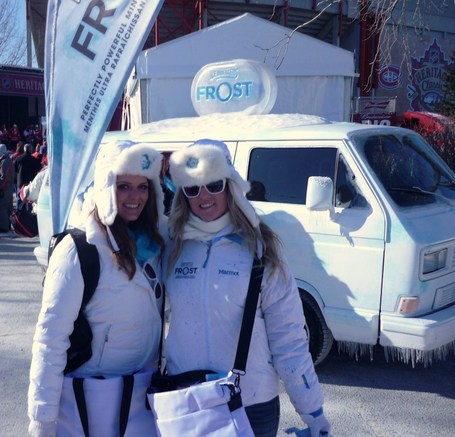 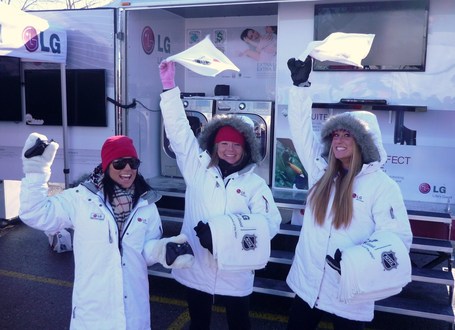 The LG girls were giving out rally towels 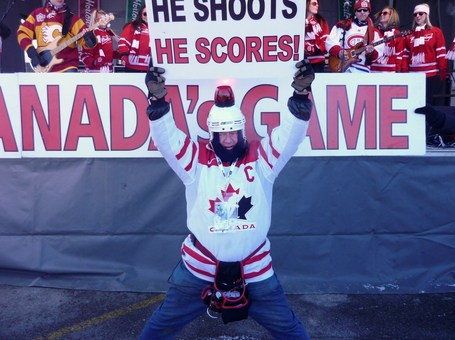 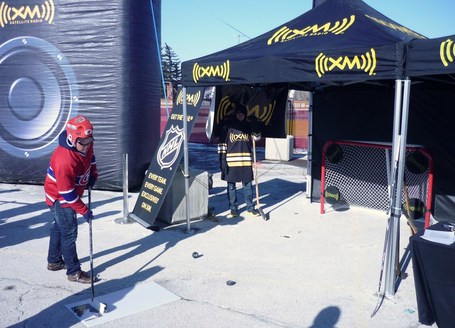 A fan tries his luck at the XM booth to win a free subscription.