Game Thread: Habs hope for some Holiday Cheer vs. Jets

Share All sharing options for: Game Thread: Habs hope for some Holiday Cheer vs. Jets

"It has nothing to do with age. Minus-4 in the past two games, it just can't happen - not when you're playing 25 or 26 minutes a night. You've got to be better. It's as simple as that really. I know that I have to be better. I can't cost my team and I've cost them two games in a row." - P.K. Subban

So will we see the same Montreal Canadiens team this that beat the Winnipeg Jets 5-1 in the season opener, or will we se the one that fell to the Chicago Blackhawks, by the same score, last night?

The Jets are coming off a 3-2 shootout loss to the New York Islanders, Tuesday night. Goaltender Ondrej Pavelec, who is is 4-11 in shootouts, spoke on his teams lack of offense following Wednesday's practice.

Has the retooling process begun? Michael Bournival has signed a three-year, entry-level deal with the Habs. The breakdown, per Renaud Lavoie, is the typical $1.8 million over term, with a $270,000 signing bonus. $600,000 in bonuses are also in the deal. 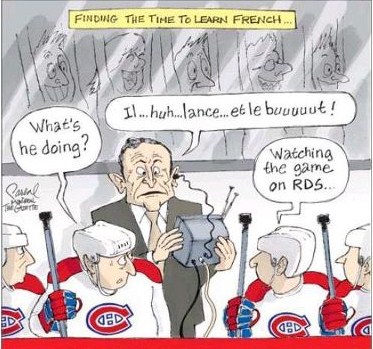 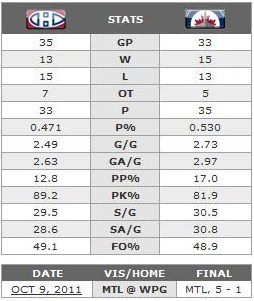