Identifying the perfect goaltender for the city of Montreal

Carey Price was clearly frustrated on Wednesday, but did his postgame comments carry a lot of truth?

Share All sharing options for: Identifying the perfect goaltender for the city of Montreal

Was anybody surprised by the irrational nonsense we witnessed on Wednesday?

Carey Price was not. During his interview yesterday he mentioned how "It's just the way it is here, it hasn't changed in the last 50 years, I don't know why it's going to change in the next 50 days" Was this Price rationalizing away his struggles or was there truth to his statement?

SInce 1955 the Canadiens have had the strongest run of All-Star goaltending in the NHL. No fewer than 4 Hall of Famers and 9 Vezina winners have patrolled the blue paint. Yet there always seems to be a goaltending controversy in the city.

Only 1 starting goaltender has retired with the franchise in the last 55 years. Names like Jacques Plante, Gump Worsley and Rogie Vachon finished their careers in other uniforms. Patrick Roy spent the second half of his Hall of Fame career in a hockey market that did not exist during the first half of his career. His heir apparent, Jocelyn Thibault begged out of town in 1998 after 10 games (3 of which he was named the first star and 2 more in which he was one of the 3 stars) because the fans would not let him forget who he was traded for. So the "sophisticated" Montreal fanbase ran Roy our of town for not being good enough and then ran Thibault out of town for not being as good as the previous guy who wasn't good enough. 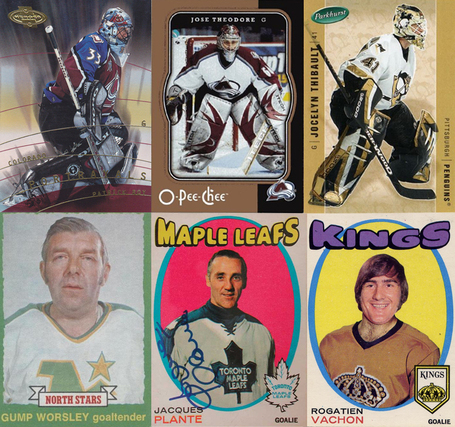 What would an individual have to accomplish in order to fulfill the enormous expectations thrust upon them by this ravenous fanbase? People seem to assume that Jaroslav Halak would have been immune to this type of pressure, but would he? History suggests he would have been a victim of the same ridiculous expectations as soon as he did not duplicate his 2010 playoff run. I was at Game 4 against Philadelphia last season and the Canadiens (including Halak) after a brilliant playoff run were booed off the ice, a stark contrast to the standing ovation Jose Theodore received after giving up 4 goals to the Canes in 2002. Halak wasn't even afforded a 1 game grace.

What exactly are the expectations for the starting goaltender of the Montreal Canadiens?

I played around with the notion of creating a Frankengoalie, taking parts from all the Canadiens goaltenders of the last 50 years to create the ideal candidate. Plante's puck handling and bravery, Roy's legs and glove, Dryden's mask, Theo's hair, but would that be enough?

The answer is no, no and no.

In 2002 Jose Theodore won the NHL MVP, the Vezina trophy and lead the Canadiens to a first round upset of the 8th seeded Boston Bruins even though the Habs were outshot 212-142 over 6 games. He staked the Canadiens to a 2-1 series lead against the Canes even though the Canadiens had been outshot 118-61 through 3 games. Two seasons later Theodore once again knocked of the 2nd seeded Bruins in a monumental upset. 38 games later he was gone, booed out of town. HIs asset depreciated to a level where the fanbase thought that acquiring David Aebischer represented a victory. 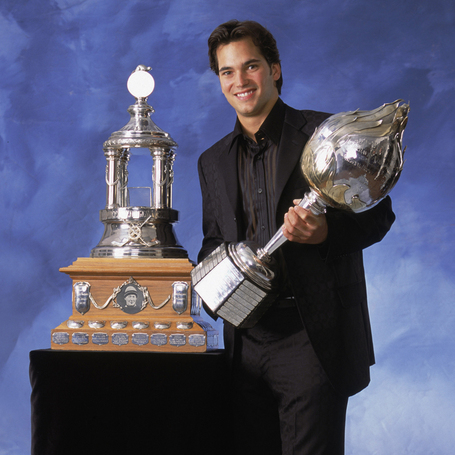 Entering the 1993 playoffs Roy owned 1 Stanley Cup, 1 Conn Smythe and 3 Vezina trophies. With the Canadiens trailing the Nordiques 2-0 the Gazette ran a poll asking the fanbase to choose the starting goaltender for Game 3. The overwhelming choice? Andre "Red Light" Racicot. Two months later, the fanbase were made to look like impatient, irrational fools. Two years later Roy had 2 Stanley Cups, 2 Conn Smythe trophies, 3 Vezina trophies and a career record of 323-199-68. He suffered a poor night in goal against the Red Wings and the fanbase booed him off the ice, not to be seen in uniform again until 15 years later when a bloated version appeared for the Canadiens 100th Anniversary warmup. 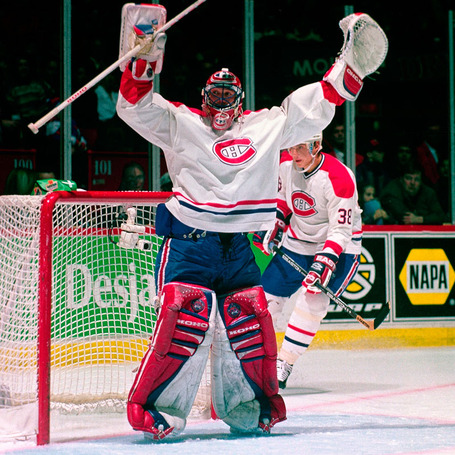 It doesn't end there. 16 years earlier Ken Dryden entered the Stanley Cup Finals with a career record of 258-57-74. He had a playoff record of 77-32 and had won 17 of the 19 playoff series he started. After a game one loss to the NY Rangers the following occurred. 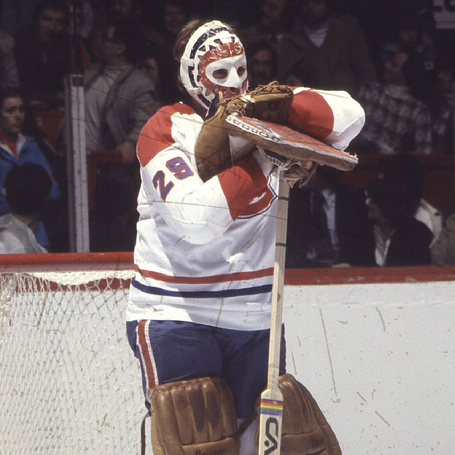 For Dryden and the Canadiens, it was one giant step backward in the 4-1 opening loss to the Rangers, then a small step backward in the first minutes of Game 2 last Tuesday night when the Rangers surged to a 2-0 lead. Dryden, who played erratically throughout the Boston series, had been lifted after the second period of Game 1, having surrendered all four goals. Michel (Bunny) Larocque, his longtime backup, was scheduled to play Game 2, his first playoff start since 1974.

But with exactly one minute to go in the pregame warmup, Doug Risebrough fired a rising shot that cracked the plastic of Larocque's cage mask and crashed against the goaltender's forehead. Down went Larocque. "It was like walking on a boat with the sea really moving," he said after he had returned from the hospital, his brow a purplish brown.

Dryden was greeted by a chorus of boos when announced as the Montreal goaltender, and when two of the Rangers' first three shots went past him, the Forum fans rose and shook their programs at him threateningly. Leading 2-0 after only seven minutes of play, the precocious Rangers were entertaining thoughts of a two-game sweep in Montreal, a four-game sweep of the series and New York's first Stanley Cup in 39 years.

If the fanbase did this, what will it take for anybody to satisfy this demand?

With the understanding that no goaltender will ever be perfect, the alternative is to scour Europe for a goaltender named BOULE (no accent on the E) who doesn't speak english or french and cannot read. With zero access to media reports and the misguided notion that crowd is saying Booooooool and not Booo, the Canadiens crease would be stress free and his confidence would be regularly bolstered by the fanbase cheering his name. 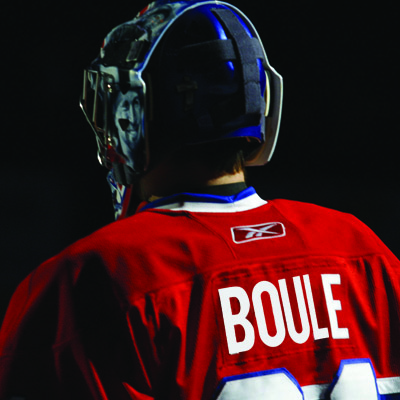 Unfortunately, until this man is found, the fanbase will continue to destroy the confidence of whomever patrols the crease.

My recommendation for Carey Price, wear headphones like Patrick Roy did, just never take them off. 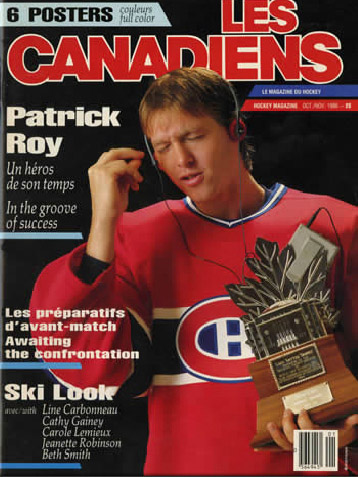 Perfection is the only thing that will stop the irrational hatred. If Price can come to terms with never being able to satisfy the impossible expectation of perfection placed on him, then he will be fine. Halak has been deified regardless of future success with the Blues, it is a ghost that can only be vanquished by starting a long playoff march of his own.

If the Canadiens can not replicate success in the next 2 seasons, he will likely be gone by the age of 25 and the cycle can begin again.

The History of Price vs Halak