Eyes On A Dynasty - Day 16: Celebrations and Nostalgia

Share All sharing options for: Eyes On A Dynasty - Day 16: Celebrations and Nostalgia 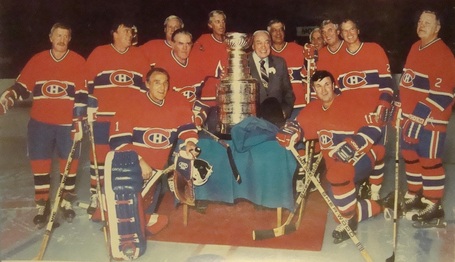 In considering ways to wrap up the Eyes On A Dynasty series, I gave long thought to when the Montreal Forum public had their last looks at the legends that propelled the 1950's dynasty to greatness, which would then also be the final time for most fans seeing them as well, through what was once magically television, all those years ago. The nostalgic ceremonies you will relive in the clips below come from the period of the mid-1980's until the closing of the Forum in 1996.

It may have been that type of longing from fans, or simply the passage of time that lead the team to begin celebrating it's past at this time. It was perhaps not coincidental that the celebrations began with a downturn in the team's playoff fortunes and the rise of a new regime in team management.

Part of the reason for choosing this approach, is that upon reaching 1984, there seemed to be a breach between the Canadiens management and their fans, between the team iteself and their oldtimers, between the fan and the newer breed of modern NHL player, and quite obviously at that time, a gap between Stanley Cups. Habs' great Guy Lafleur, the newest generation of Canadiens superstar, had just retired around this time, and there was an evident longing for the glory day amongst the team's faithful. 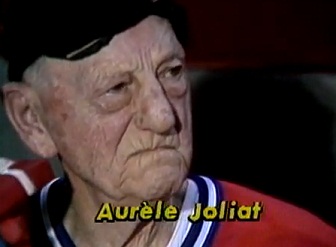 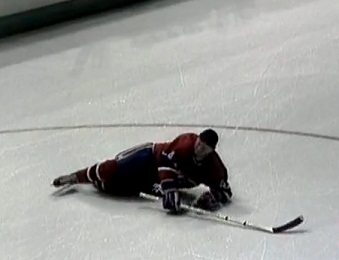 Believe it or not, in 1983, the Canadiens had gone four seasons without sipping from Lord Stanley's mug, and in a great many parts that was seen as unacceptable. It had been twenty years since such a drought, in which time the Canadiens had never had to deal with marketing a non-winning team. Between 1965 and 1979, there were ten Cup winners in Montreal in fifteen seasons.

Winners market themselves, and the Canadiens were beginning to learn and understand that marketing a non-winning club involved tapping into a rich and legendary past.

Not long after the 1982-83 season in Montreal, there was a change of the club's management regime. Gone were GM Irving Grundman, many of the team's scouts, and the entire coaching staff. The new guard was soon brought aboard, consisting of GM Serge Savard, a fresh group of scouts, and preceding them, and perhaps most importantly at the time, team president Ronald Corey. 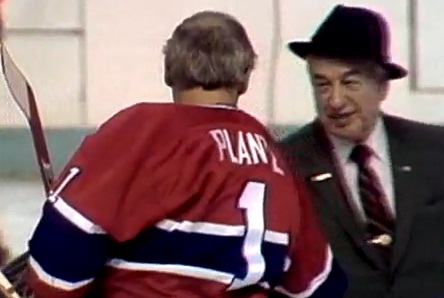 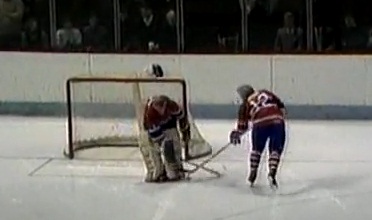 Corey, whose background dealt more with marketing, finances, promotion and management than it did with hockey aspects, cleaned house upon his first sensing of chaos the following year. He triggered this new regime, firing most of the older guard, promising a Cup within five seasons and return to older established values.

Ronald Corey's most pronounced lament, was that Montreal Canadiens greats - the team's oldtimers - seemed out of fan's reach, practically shunned from the organization. One of his initial goals would be to return former players into the Forum fold. 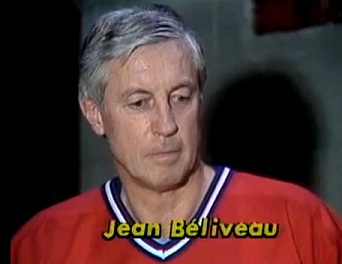 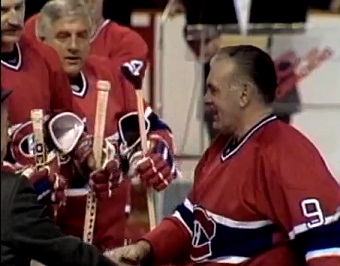 One by one, the likes of Maurice Richard, Doug Harvey and Jacques Plante and others, made their way back into the fold of the Canadiens organization. It was not simply in the ambassador capacity given today to former stars, but in fact actual employment in various fitting jobs by the team headed by Savard and soon to be coached by Jacques Lemaire.

On a more transparent angle, a cynic would argue that all this recouping of the past had much more to do with marketing than hockey. They might not be all that far off base initially, but then the Habs did go on to win two more Stanley Cups with this regime, this personel and this outlook. 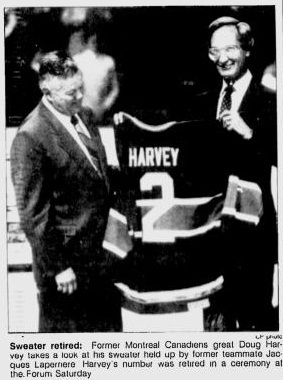 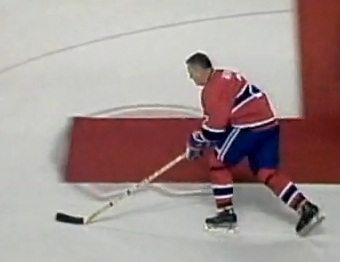 In any event, what Corey sought to do, was present former players to fans, in grandiose manner, via rinkside celebrations, despite whether they were brought back into the organization or simply paraded before the masses. Each event was a sort of symbolic coming home party, which, in and of itself, earned a certain merit and credibility.

In hindsight, such ploys may have shown a certain blatant transparency, but at the time, each of Corey's marketed nights succeeded in achieving a link between past and present, which was something needed, that had not been done in a good long while.

Looking back, Corey might just have been the perfect transitional team president in the mid 1980's. For one thing, during his tenure, three legends jerseys were retired. Montreal had not retired one in almost a decade, when they removed Henri Richard's number 16 from circulation on December 10, 1975. 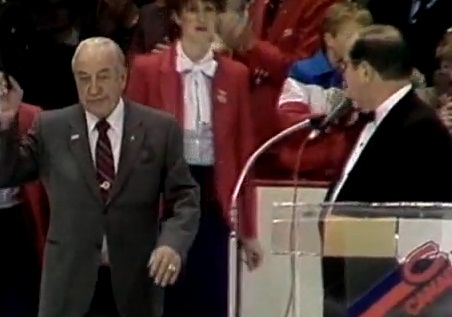 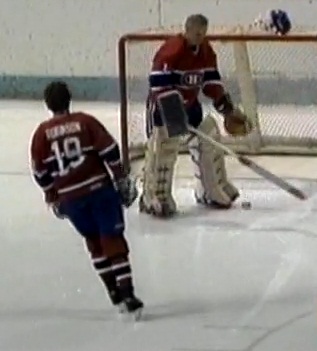 They first jersey retirement was an unfortunate and sad event in many ways, but unavoidable by circumstance. The other two were too long in coming for different reasons. On February 16, 1985, Guy Lafleur's number was raised to the roof, his career celebrated. That was followed eight months later by Doug Harvey's night on October 26. The Canadiens finally got around to raising Jacques Plante's number on October 7, 1995, close to ten years after his death. Once Corey left the scene, it was not until November 12, 2005 (Dickie Moore, Yvan Cournoyer) that more players were so honoured.

The player ceremonies and jersey retirements he envisioned, bridged those so-called gaps mentioned above, and extended an olive branch of sorts to those fans caught between generations.

The photo at the top of this article was scanned from the 1984-85 Montreal Canadiens press guide. Inside the guide, an accompanying black and white phote notes the date, players, and occasion. It reads:

The following video is from the pre-game ceremony of December 17th,1983.

Stealing the show, and giving all Habs' fans a reason to remember this particular night more fondly, was the oldest living Canadiens player at the time, the legendary Aurele Joliat. His antics in this ceremony - he was a showman and a ham - are priceless. 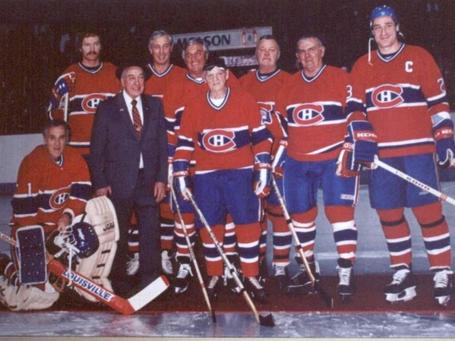 Weeks after this event, Joliat claimed to Ottawa sportswriter Earl McRae that he could still kick ass, and would consider a comeback if offered one. Joliat would pass away within two years of this clip, but on this one night, he managed to imprint his legacy upon Canadiens like no other oldtimer before or since. I urge those curious of who Joliat was, to search this site's Joliat archives for more on this character of a player. Trust, you'll uncover gems!

If you are not a fan of operetically sung national anthems - neither am I - do yourself a favour, and scroll the progress bar of this vid from 2:20 mark to the 6:40 mark on the scroll bar to get to the good stuff.

On January 10, 1993, Montreal hosted the 44th NHL All-Game. Prior to the game, Canadiens legends Maurice Richard, Jean Beliveau and Guy Lafleur took a spin around the Forum ice with the Stanley Cup.

The closing ceremonies at the Forum, brought everyone together in hockey's proudest temple one last time.