Share All sharing options for: Eyes On A Dynasty - Day 9: The 1957 Stanley Cup 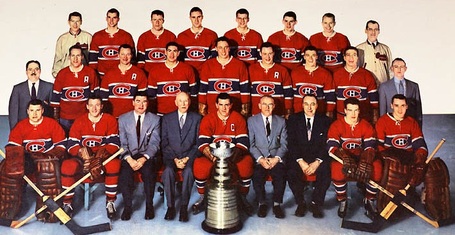 On Day 9 of the Eyes On A Dynasty series, we take a look at the first time the Canadiens repeated as Stanley Cup champions since 1931.

The 1957 Stanley Cup Final was contested by the defending champion Montreal Canadiens and the Boston Bruins. The Canadiens were making their seventh consecutive Final appearance, while Boston was making their first appearance since the 1953 in which they lost to Montreal. The Canadiens would win the series in five games, for their second straight Cup victory.

Most observers predict a repeat of the previous season’s Final match up between Montreal and Detroit, but are forced to rethink things when third-place Boston wins the opening game in Detroit and then captured the series in five games.

Despite their status as reigning Stanley Cup Champions, 1956-57 is nonetheless a year of change for the Canadiens. Upon Butch Bouchard’s retirement, the captaincy is passed on to Maurice Richard. The Rocket responds with a 33-goal campaign, tops on the team alongside Jean Beliveau, who once again leads all Habs in both points and penalty minutes. 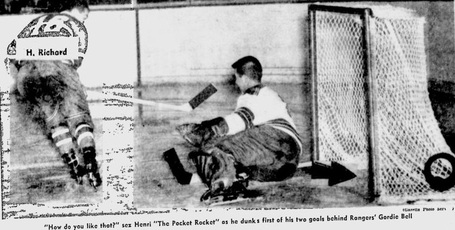 Playing the first two games at Madison Square Garden before coming home to the Forum for the next three, the Canadiens make sure they don’t have to leave home for a sixth game. After winning the opener, they drop the second game in overtime before ending things at home in Game 5. 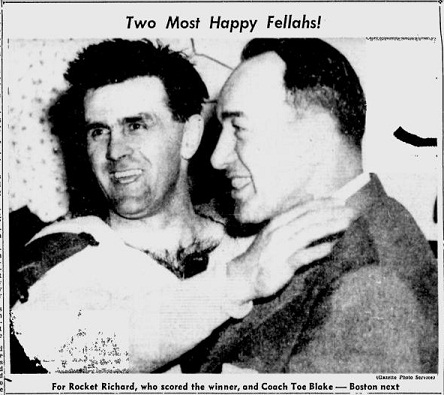 The Bruins, third place finishers in the regular season, pose a serious threat to the Canadiens chances of repeating as Cup champions. Matching Montreal win for win on Forum ice, the Canadiens won but one of seven contests at the Boston Garden.

In ten playoff matchups from 1956 to 1960, this version of the Bruins represents the only club to have outscored Montreal during regular season meeting and posting a winning record in 14 games against the Canadiens.

Boston tries to turn the tables with a 2-0 shut out performance, as both Bruins goals come from Montreal native, Fleming Mackell. The Canadiens put five pucks behind Bruins goaltender Al Simmons in the fifth game and Plante allows only one to find the twine. Seconds after the opening faceoff in the second period, Dickie Moore scores what proves to be the Stanley Cup-winning goal. It is a sign of things to come for the gritty, fearless forward, who would soon enjoy the best years of his career. 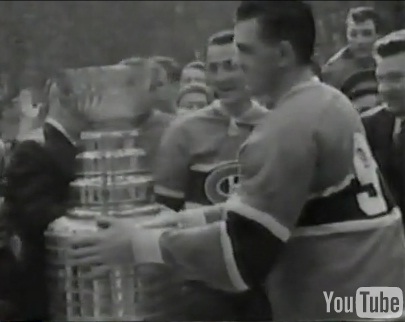 Repeat Stanley Cup Champions for the first time since 1931, the Canadiens take aim on becoming only the second NHL team to threepeat. They would accomplish that and more.

Here's a second clip on the '57 final, showcasing Game Three from a Radio Canada broadcast, and silent highlights of the Game Five clincher. Yet another clip can be found here.

Text edited from the 1957 Stanley Cup entries at Wiki and Canadiens.com. 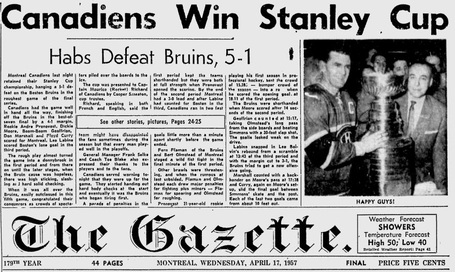 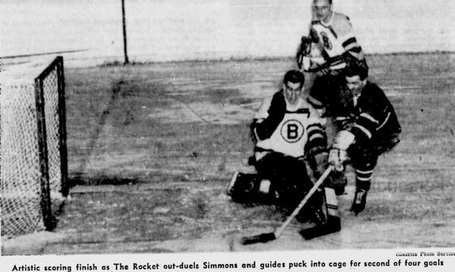 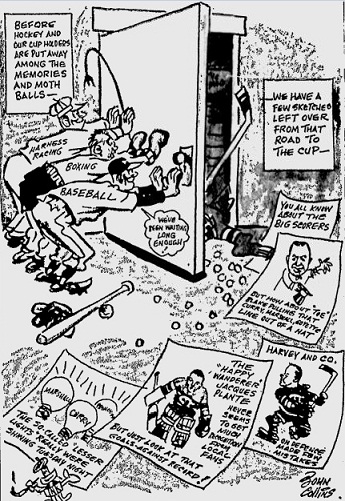 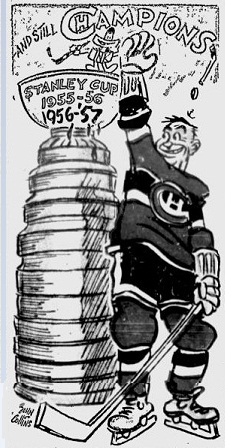