Share All sharing options for: Eyes On A Dynasty - Day 8: The 1956 Stanley Cup

After a pair of near misses by the 1954 and 1955 Habs, the Canadiens are about to embark on their most glorious of achievements. In hindsight, it can be said that Montreal hockey observers knew back in 1956 that a special team had been built, but having seen fate deal a pair of devastating blows in seasons prior, nothing would ever be taken for granted again. On Day 8 of the Eyes On A Dynasty series, we are about to become acquainted with the Toe Blake coached Canadiens, with Jacques Plante firmly established as the Habs' puckstopper, and a cooler headed Rocket Richard, fully understanding he no longer had to fight every battle offered.

The 1956 Stanley Cup was contested by the Montreal Canadiens and the defending champion Detroit Red Wings. This would be the fifth Detroit / Montreal series of the 1950s. The Canadiens were making the sixth consecutive appearance in the Finals, and for Detroit it would be their third consecutive Finals.

Both clubs reached the showdown with five game wins in the Semi-Finals, Montreal defeating New York Rangers and Detroit defeating the Toronto Maple Leafs four to one in games.

In facing the Rangers, the Canadiens were confident and invincible on Forum ice. 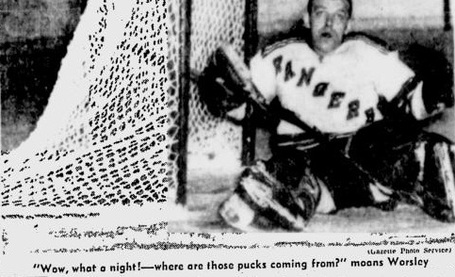 Going into the postseason as a favorite for the first time since the beginning of the decade, Montreal gets the ball rolling in the semifinals against the New York Rangers, a team playing post season hockey for the first time since 1949-50. Third place finishers under fiery new coach Phil Watson, the youthful Rangers are no match for the new NHL powerhouse, winning only the second game of the series. Meanwhile, Montreal puts seven pucks past Gump Worsley in both the opening game, and another past Gordie Bell in the clincher to head into the Finals for the sixth straight year. 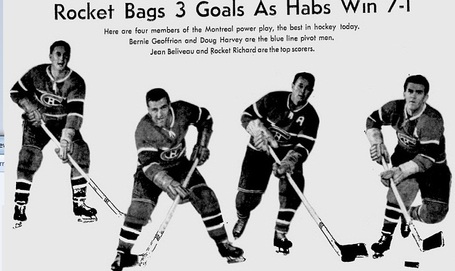 Detroit’s peak years were coming to an end and their seven year NHL domination all but over - a fact driven home by Montreal’s domination in the Stanley Cup Finals. Taking the first two games at the Forum, Montreal drops the third game in Detroit before coming back home with a 3-1 stranglehold on the series after the second game at The Olympia had been completed. Fifteen minutes into the second period of the Game 5, with the score tied at a goal each, Maurice Richard finds the mesh behind netminder Glenn Hall with his fifth postseason marker.
Montreal would later add an insurance marker to seal the victory. 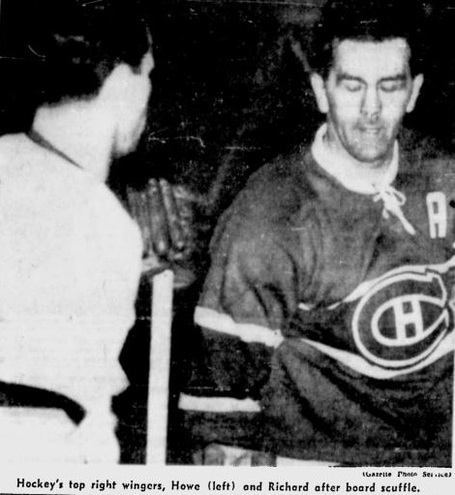 Maurice "Rocket" Richard, scored four times in game one, including three in the second period to tie Ted Lindsay's record.

Jacques Plante held the Red Wings to just ten goals in the five games. This was the first finals for Henri Richard and Toe Blake's first finals as coach.

Canadiens captain Butch Bouchard, unused by Toe Blake during the playoffs, is dressed for the final game to accept the Stanley Cup from the league trustees.

It would be some years before Montreal would relinquish hockey’s holy grail.

For a treat, check out this rare colour You Tube clip from the '56 Finals, courtesy of a handheld camera. Great stuff, but you'll want to mute the six minutes of "Ole, Ole's".

Text edited from the 1956 Stanley Cup entries at Wiki and Canadiens.com. 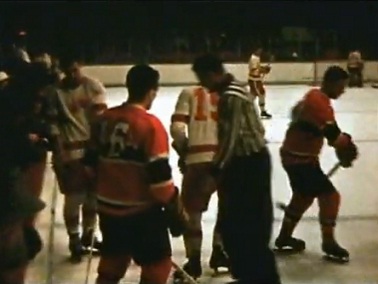 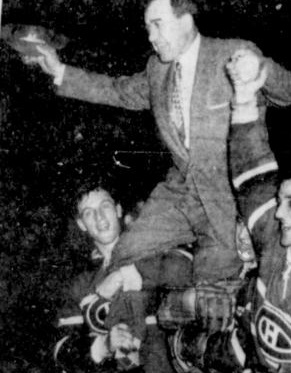 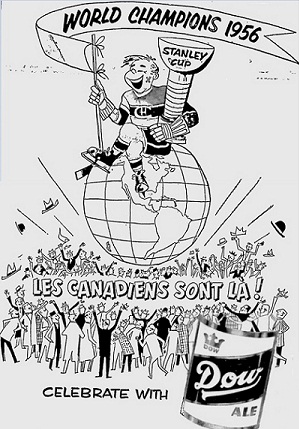 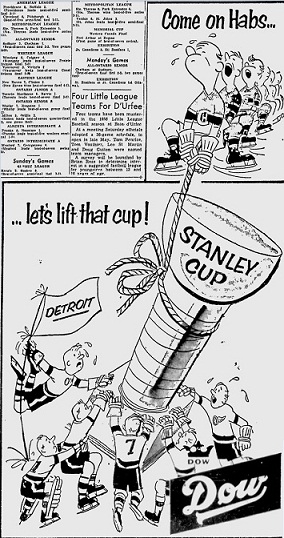 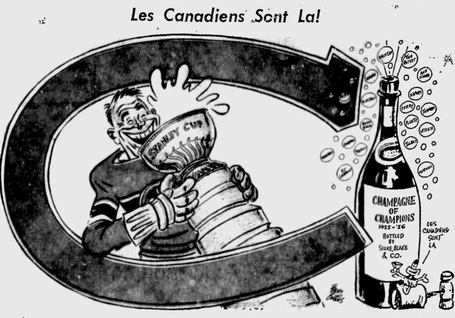