Passing the Torch, From A Trivial 99 to a Pivotal 33

Share All sharing options for: Passing the Torch, From A Trivial 99 to a Pivotal 33

The name Leo Bourgault may be but a footnote in the long Montreal Canadiens history, and is most often associated with a trivia question involving the number made famous by Wayne Gretzky. Bourgault however, left his mark on Canadiens history in a different, if more subtle, yet impactful manner. His story might seem to be one of numerology, or even geneology, but it is in fact just a tale of passing down one's love for the game of hockey, with added lucky coincidences thrown in.

Bourgault, a native of Sturgeon Falls, Ontario, was a reliable blueliner in the NHL's earlier years. A small man at 5' 6", he nonetheless carved out a ten year NHL career with stops in Toronto, New York, Ottawa, and Montreal.

In 1923, at 20 years of age, Bourgault came to prominance while a member of the Northern Ontario Hockey Associations's North Bay Trappers. One year later, after playing a season on the blueline with the senior league Guelph Royals, he turned pro with the Saskatoon Crescents of the Western Canadian Hockey League. His team mates with Saskatoon included former Canadiens great Newsy Lalonde, and future Habs goaltender George Hainsworth. 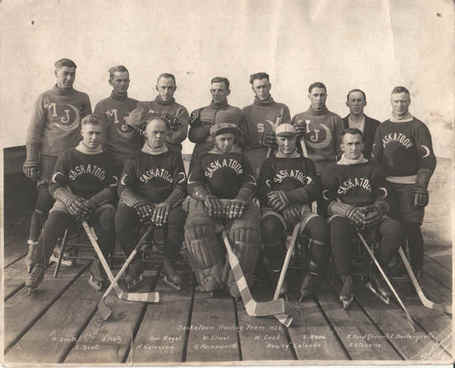 Professional hockey in the day was quickly becoming a fast money endeavor for those invested, an a bidding war ensued between the NHL and the WCHL. Following the 1925-26 season, the WCHL folded due this fact, and all the Crescents players, save for Hainsworth, were bundle sold to the NHL's Toronto St. Patricks.

Bourgault's first NHL campaign would prove to be a whirlwind journey. As a latter day St. Pat, he in fact became one of the original Toronto Maple Leafs, when the club changed their moniker in mid - season. He'd spend 22 games playing in the Big Smoke before being traded to the New York Rangers in January, where his season would end with a Stanley Cup triumph - Manhatten's first. 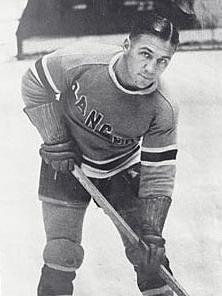 The journeyman that he was, Bourgault spent three more seasons in the Big Apple before shuffling back and forth between the Can - Am league Bronx Tigers and the Ottawa Senators. On Valentine's day in 1933, Bourgault was dealt to the Canadiens for Marty Barry, Harold Starr and future considerations.

Now 30 years of age, Bourgault would spend three seasons with Montreal. In his final 1934-35 season with the Canadiens, Bourgeault saw game action infrequently, appearing in only four games. No one knows for sure why, but that season the Canadiens employed a set of heretofore unseen numbers in hockey, and Bourgault was handed the footballish number 99. He along with team mates Joe Lamb, and Desse Roche shared the unique number when they dressed that season, thus becoming the first known hockey players to don the highest digits. Previously, Bourgault had worn numbers 5, 11, 12, and 15. 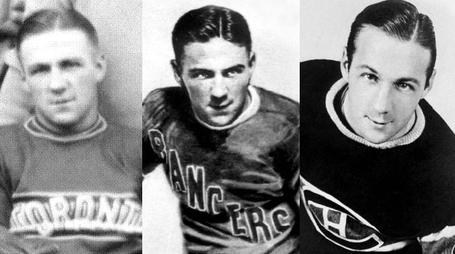 After his final 1934-35 season with Montreal, Bourgault would spend two more years in the Can - Am league before retiring. Settling in Sillary, Quebec, just near the province capital, Bourgault began raising his family and became invloved in the local minor hockey scene. 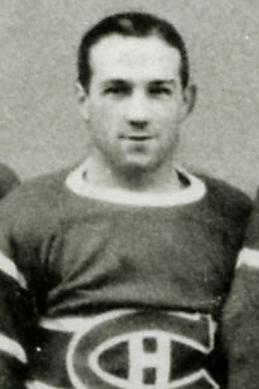 Bourgault raised two sons, Leo Jr. and Jean, both of whom would soon display a big time passion for hockey, and with a nice sized backyard rink on Margueritte - Bourgeois street, the former NHL'er soon attracted scores of young wannabe big leaguers to his yard. In the winters during the 1950's, Bourgault became invloved heavily, installing floodlights and heading out onto his rink to teach the skills he'd honed during his NHL time.

One of Leo Jr.'s better friends, a shy youngster named Michel Roy, watched on in awe. An athletic type himself, who excelled in other sports, the timid Michel did not feel ready to mingle with the multitudes on that ice surface, and settled for hitting the Bourgault rink after the floodlights had been turned off for the night. Unbeknownst to him, the former NHL'er kept a keen eye on his progress from a back window. Soon, the young Roy boy, spurred on by Bourgault's encouragements, joined in the fray, and became a fairly decent player over the years. 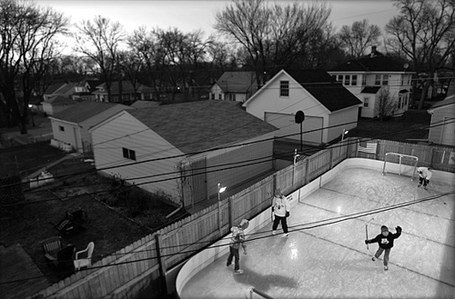 As time passed, and careers took them separate ways, Michel Roy and Leo Bourgault Jr. remained in touch. Bourgault Jr., through this friendship, and as a famous hockey son of sorts, would prove to be a launching pad for Michel, a future hockey father.

In 1965, Michel and his wife Barbara Miller, had a son they would name Patrick. Both parents were atheletic enthusiasts - the mother being an Olympic swimming hopeful and the father having chosen to pursue tennis over rinkside bruisings. To the surprise of neither parent, young Patrick displayed a similar competitiveness in a newfound passion for hockey. Soon, Patrick would exhibit the similar singled minded dedication his father displayed in all pursuits. 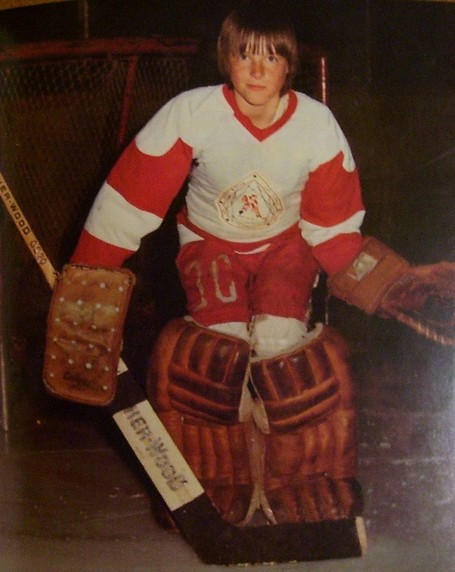 The career trajectory of goaltender Patrick Roy is a well known hockey story. Having read "Winning - Nothing Else", a biography about Roy by his father Michel, it is readily apparent that the values of perseverence and perfectionism were instilled into the goalie's psyche at a young age.

From age eight, when he first donned goalie pads, until the term of his career, the goalie who would become known in Montreal as Saint Patrick, clearly only had winning on his mind. Sadly, the friendship between Roy's father and Bourgault's son isn't further explored in the book.

After an exempliary 18 year NHL career, Roy's name graces the record books, the Hockey Hall and his jersey hangs in the two cities in which he played. Sown into the fibre of those hung numbers, is a small thread of a passion that earned it's roots back in the 1950's on the Bourgault's backyard rink. 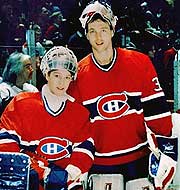 Leo Bourgault Jr. would later design the Complexe Quatre Glaces in Brossard, Quebec. It was an innovative design for it's time, featuring four rink surfaces surrounding a service area. The design would become a model for many others of a similar type. Bourgault, son, was the director of the complex, just as his father once commanded the backyard rink and floodlights on which Michel Roy learned a craft that was passed on to his son.

It might be of no small coincidence that the Montreal Canadiens, in their one hundreth year of existence, have chosen to honour the spirit of men such as Bourgault and his son. In the endeavors surrounding their centennial season, the Canadiens organization will be building four outdoor rinks in different districts of the city, where hockey is less accessible for the youth in the area.

It's a fitting nod to the Bourgault - Roy thread, and the possibilities of such a passing of the torch once more.