Applying an Internet Time Machine to the Habs Summer of 1974

Share All sharing options for: Applying an Internet Time Machine to the Habs Summer of 1974 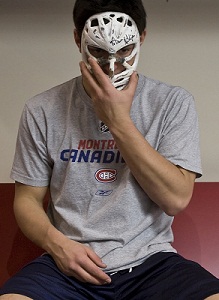 While Carey Price's non-contract status thus far in the summer of 2010 has little in common with Hall of Famer Ken Dryden's 1973 holdout, a recent conversation with an old friend inspired this post. Leaps of imagination and doses of whimsicalness were employed in this...

Summertime is often rough on the hockey die hards, desperately flipping the pages of newspapers or scanning the net for articles on their favorite team and its players. We all want subject matter to discuss and ponder, yet there never seems to be enough to fill our unsatiable demand for news.

But there was a time when hockey news in summer was practically inexistant, apart from the odd blip of major news stories. In my youth as a fan, player contracts were rarely in public question, hardly, with the rise of the WHA in the mid 1970's accounting for most of the speculation in the day.

This all came to mind for me last weekend, as I ran into an old friend I hadn't seen in years. In asking me what I'd been up to in my life, this site came up and we began a long talk about how much hockey had changed in thirty or more years.

My friend had a unique perspective, as he had only recently became internet aware, if you will. A teenage son, two years ago, talked him into getting his first computer. His name is Bill, and back in the 1980's, a group of us used to partake in hockey pools, thinking we were the only people doing so, if you can imagine that!

As coincidence would have it, one of Bill's main computer activities involved staying abreast of all the Habs news time allowed him, and he in fact had read EOTP a bunch of times, completely unaware it had anything to do with me. We had a good laugh over that one!

At one point in a long conversation, Carey Price came up, and Bill said "Could you just imagine if there had been a web back when Dryden held out for a season in his contract dispute?"

Well that thought launched all kinds of potential hindsight scenarios. It was a rush, more like a tidal wave, just trying to imagine what the internet hockey media would do with all the realities the summer of 1974 presented. The more I thought of it, the bigger a kick I got out of pondering what would have been.

So with that notion in mind, let's stretch a long cyberwire into the DeLorean, slap the comp into the trunk and head back in time to see just how the internet hockey talk would have viewed the upcoming 1974-75 season.

For starters, let's imagine that the Montreal Gazette's Red Fisher is at the helm of Habs Inside Out, and that he has just published on the web, rumours that Habs GM Sam Pollock had secretly met holdout Habs goaltender Ken Dryden over the past weekend in hopes of reaching terms on a contract for the upcoming season.

For perspective sake, the defending Cup champion Canadiens finished second in 1973-74, losing in the first round to the New York Rangers in six games. The city of Montreal is incensed at not winning the Stanley Cup, and darts are being aimed at Habs management and everything else. The public perception is that the Canadiens brass is in a downward spirral, having lost their magic touch of the 1960's.

What follows, are purported sampling of thread comments from readers at HIO, in the summer of 1974. For many, the Dryden contract fiasco amd the Frank Mahovlich defection to the WHA are the last straws. Enjoy sorting through the mixture of rage and sensibilility. The spelling mistakes are intentional. This might have been how it would have gone down, folks! 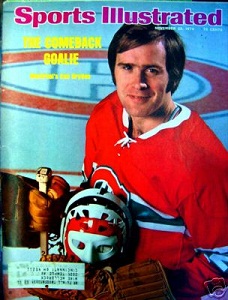 Pollock is losing it. Now that the Habs no longer have access to French players first, he's been a bust. Guy Lafluer is a floater - why did we pick this loser???? The Future of the Franchise??? He had only 56 points for cryingout load. Then he goes and picks this Gainey freak, who can't shoot let alone hit the side of the barn!!!! Just watch, Dryden is going to skip to the World Hockey League and play with Toronto Toros, while we are left with sivs like Larocque, Thomas and Plasse. We will be worse than than the Islanders in two years.

Well Pollock has the money for Dryden now! From the WHA website:

The Toronto Toros are pleased to announce they have signed former Montreal Canadiens left wing Frank Mahovlich to a three year contract. Mahovlich, who lead the Canadiens in points last season with 80 was a major contributor to their last two Stanley Cup wins.

Losing Mahovlich stings major. Pollock screwed up there. How do you account for losing your leading scorer. The Big M is more than proven. This is inexcusable. Brother Peter will now follow of course. 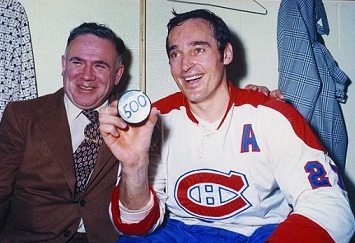 This sucks, it totally blows, and we haven't won a Cup in like...1 years, and it's all going to hell. The Laffs will be laffing at us. Bowman's got these guy's backchecking in the third period....with a frigging 2 goal lead!!! It turns all the players off. Fans to.

Timo's Grandma, you are a breeder of ratfinks. You just cruise the negative all of the time.

It's not like it used to be. The Canadiens drafted something like twenty players last summer and only two made the team. Lafleur is all over the place on the ice and that awkward Robinson looks like the second coming of Terry Harper. Why don't they just bring back Toe Blake and whip these spoiled brats into shape.

Give Dryden what he wants. He's the key to the Habs success. I know that $250,000 a season is lucridous, but how many goalies are good as him so young. They need him badly and they'll have to pay.

We never should have traded Rogie!

No kidding. LA Kings are going to win the Cup now, and I'll be cheering for them.

Get a grip peoples. Dryden is good, but he's only won two cups. It's not like he's Jacques Plante (who the Habs should go after and bring back). I say he's worth no more than Tony Esposito gets paid - another guy Sam blew it on.

The Last Vestige of Common Sense:

Are you all on LSD? The Canadiens are building a team that will win and keep on winning. Lookit the players in their prime, like Cournoyer, Lemaire, Savard, Lapointe. Shutt had a killer playoffs. Chuck Lefley and Murray Wilson are gonna be huge, and if Lafleur can get his act together like in junior, lookout man!

Patience and peace brothers! One more year to Cup number 19!

I still don't see Gainey. A waste totally. Why Sam, Why? We should have traded Lafleur for Denis Potvin, but that's obvious now.

Off topic, but anyone see the shit Nixon's in today?

Oh Happy Days! Can't we all just get along. So much fighting in here all the time. Has everyone forgotten the Summer of Love?

Hi. I'm new here, and was wondering if anyone can tell me why Jacques Lemaire is pictured on a Buffalo Sabres hockey card. Did I miss something?

I'll agree that Dryden's demands are unprecedented, but just look at what he has accomplished in three seasons. I know the money is crazy, but we lost to the Rangers!!! 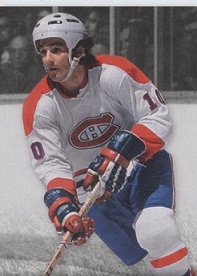 Like you know, if I remember, you said Ray Martynuik was the future. Right? Ratfink!

This site is going downhill. Red, before we riot, restore some common sense calm, will you!

Get with it people. If Fisher's story proves true, all the Habs will want raises and will be bolting to the WHA. That's the main thing. It'll be the end of hockey in Montreal as we know it.

I blame Pollock for expansion, for Guy Lafleur instead of Dionne, for everything. We are in this terrible mess because of him. His insistance on making Bowman play that Gainey loser makes me nuts. No one will talking about him 30 years from now like they will be Kenny Mosdell.

Who knows about next year. They say this Mario Tremblay kid Sam just drafted plays like Rocket...all fury in his eyes. He'll make everyone forget the Lafleur mistake. 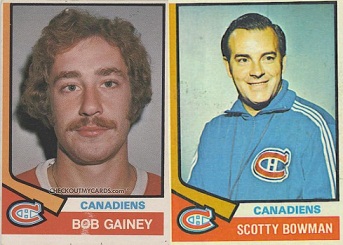 Give Lennon A Chance:

Lafleur is not a center, and Dryden is better than Tretiak

Anyone notice all the Maple Leafs jumping to the WHA? If the Habs don't spend, this will happen to them.

The Last Vestige of Common Sense:

I have been following the Canadiens since 1943, and for me, there will never be another Rocket, Plante or Durnan, but times change. Richard wasn't a hit off the bat. Give Lafleur time, he's no fluke. Dryden is the biggest goalie I ever seen, and he has already won. He just wants to be paid fair. It's not right that Gilles Villemure and Ed Giacomin in New York make more than him.

There is absolutely no reason with all the talent Montreal owns why thay cant win the Cup every year. This is frustrating.

If you read Reds article about three week ago, it say that all players have trouble buying into Bowman defensive system.

What is a defensive system? Are we being attacked by Russia, or what?

Dryden is a sieve. We don`t need him. He sucked against the Russians.

Laperierre is finished. Lafleur is a waste. Gainey is a disaster. Bowman is an arrogant worm.

We should trade for Bernie Parent, Gil Perreault and Richard Martin...now!

If Sam cannot convince Dryden, we're up shit creek man. Pollock only needs to look to the WHA to know times are changing.

Dryden is a hippie lawyer radical. As much as I liked him in 1971, give in to him and all hell will break loose. You read it here first.

I have been season ticket holder since the first step of Butch Bouchard, and what I seeing this year is disgust me. I never thought I see the day when tickets are $12.50 (for decent seats!!!) and hot dogs are dollar. And then Dryden want more money? He's good goaler, but he has no commitment to team. Individual and radical is not good for les Canadiens.

Photo of Carey Price in the retro Ken Dryden mask was taken by Montreal Gazette photog Phil Sidaway, from a Dave Stubbs article.