Other Habs Should Follow Gomez's Lead and Ditch the Vanity Numbers

I liked it, alot in fact, when news came this summer that Scott Gomez had chosen to chuck number 91 in favour of 11. I felt the same way to years back when Tomas Plekanec dropped what called his "goalie number" 35 for 14. I'm a traditionalist of course, and not a fan of football or vanity numbers on hockey jerseys. Some might say the digits are just numbers, but on an Original Six team, one steeped in history.

I feel this way for a number of reasons, some having to do tradition, others having to do with basic common sense, simple fit and sore eyes.

Number 91, which Gomez had never previously worn, just reeked of "high salary - high number" logic. It wasn't essentially, just a reversing of the 19 he had worn in New Jersey. Had he worn it all his career and the number had been strongly association with him, then I'd take a pass on this thinking. Doug Gilmour came to the Habs a few seasons ago with number 93 on his back. Had he opted for anything else, it would have looked out of place.

For Gomez, who has always wanted the number 11, a respectable compromise was made, waiting one year later to don longtime Hab Saku Koivu's identifier. 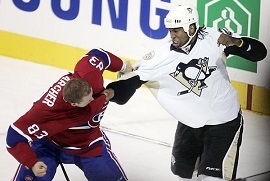 The one year mothballing of a departed fan favorite's number is a show of respect in sports circles that deserves to be continued. Georges Laraque wanted Alex Kovalev's 27 last season - it was not going to happen. Any player wanting Laraque's 17, won't face the same dilema.

The New Jersey Devils, run by the strict Lou Lamoriello, keep all player numbers under 30, as part of a team concept that also disaproves of facial hair. While that is a little rigid in terms of allowing some individuality or uniqueness to different personalities, Jersey's concepts have proven to have merit. 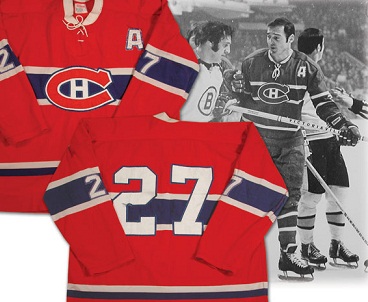 In Montreal, with over two dozen sweater numbers immortalized, a more sensible approach is needed.

Now I am not proposing that numbers upwards of 40 should be banned to the dark ages, I do believe they should be reserved for players attempting to make the grade.

The numbers are commonly referred to as training camp numbers, and that is the essense and spirit of what they should remain. First year players, rookies unproven, and minor league callups should wear the high digits as a form of ritual process, being handed the lower team numbers only once they have made the grade.

Nothing says minor league on a Habs jersey like a players wearing numbers such as 53, 62, 78, 83, or anything above 90. There are others. Keep these eyesores for the kids out of camp yet to make the grade.

Contrarily, from a management standpoint, nothing says we don't think a whole lot of you, like "here's number 78 kid!"

Nothing says rent-a-player like some guy that reverses what he'd worn previously, flipping digits in lieu of taking a low number when his former attire is taken. For example, why was Dominic Moore handed 42 when 24 was available? 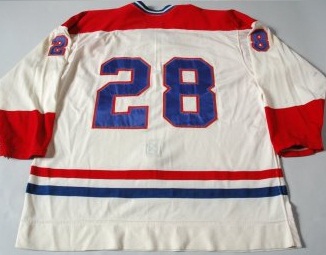 Of course, there is no problem with Andrei Markov continuing in the 79 he has excelled in for several seasons. The 44 on Roman Hamrlik's back was never ill fitting. As for Andrei Kostitsyn's 46, it continues to be an eyesore that takes respite only when the player is producing. The same goes for Maxim Lapierre's 40.

I do not enjoy seeing Hal Gill in his 75.It's like a star number of sorts on the ultimate, well respected journeyman. It's just off, that's all. I won't begrudge him his birth year.

As these players are established with these numbers, it's best to leave well enough alone, but the numbers worn by Mathieu Darche, Benoit Pouliot, Hal Gill, Ben Maxwell, Max Pacioretty, Yannick Weber, and Tom Pyatt still rankle and have to be dealt with.

With moves by the Canadiens this off season, there are now eight sweater numbers available under 30 that would look better on these player's backs than the one's they are likely to continue to wear. Let's look at this, case by case.

Number 27 is a classic hockey number, worn by many stars. In Montreal, it best suited players who had worn it before, such as Frank Mahovlich and Alex Kovalev. It was also worn with some distinction by Rick Chartraw and Mathieu Schneider for two seasons. 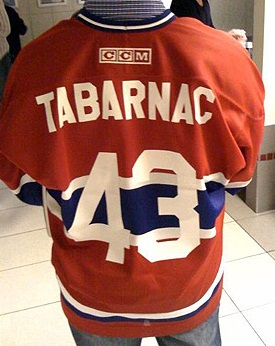 Of all the players on the Canadiens roster, I feel 27 would suit P.K. Subban perfectly.

There is something about certain numbers ending in a 7 that bespeak offensive prowess. Newly acquired Lars Eller worn number 60 with St. Louis Blues for seven games. Nix that with the Habs! The Canadiens website has him listed under number 81. Yikes! The kid is blonde - do we need reminders of Marcel Hossa?

Put Eller in number 17, and let karma take care of the rest. By that I don't mean John Leclair.

Benoit Pouliot wearing the ketchup 57 is a despicable sight. Offer him that number 17 first, for seniority sake, but I think 15 suits him best. It might remind him of the most recent player to have worn it, Glen Metropolit, and how hard he worked and wanted to remain in it. Or of Rejean Houle, for whom the front of the jersey was much more important.

Tom Pyatt's number 94 and Matheu Darche's 52 gotta go. Numbers 22, 24 and 28 would be interchangable for these two. Both player's roles suit them accordingly, as the numbers tend to suggest working roles.

Alex Auld will likely opt for number 35, which he's worn before, but it has been four seasons since a goalie in Montreal wore number 30, and that was David Aebischer. On second thought, let Auld keep the 35! 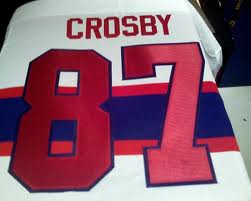 So that leaves number 8 and 25 for the moment. For the first, prospect Danny Kristo has history with that number I beleive, so why not keep it out circulation another year or so. The number 25 to me, has a certain francophone connotation. Recently, Matheiu Dandenault did it a certain justice, but it's best remembered fondly as Jacques Lemaire's and Vincent Damphousse's number. I see it on the back of Louis Leblanc one day.