In this next group of youngsters, we're starting to hit up some names more familiar to Habs fans, and at #18, we start to hit the range where all panelists were in agreement that the player was one of the 25 best in the organization.  We're starting to move away from the question marks and into the guys we all see as potential players for the team at some point, if not already.  To view players 25-21, click here.  For an introduction to the Top 25 Under 25 concept, click here.

Fresh off captaining the Calgary Hitmen to a WHL Championship and a 3rd place finish at the Memorial Cup, Schultz was ready to turn professional in the St. Louis Blues' organization.  However, management of the Blues and the Canadiens had other plans, and he was included as one half of the Jaroslav Halak return.  Schultz is a big, physical winger who will probably need to make the NHL as much with his fists as with his skates.  However, at this point at least, he looks to be more than a potential goon.  The younger brother of Washington Capitals defenseman Jeff Schultz, he's proven to be a solid goal scorer at the junior level, notching 33 goals over 93 regular season and playoff games last year in a complimentary role.  He also racked up 150 PIMS, so the power forward potential is certainly there, although not at an elite level.

The upside on Schultz isn't huge, but he's a safe bet to devleop into a good AHLer and potentially a bottom 6 NHL forward.  Where he'll have to excel in the future is the defensive side of the game, showing he won't be a hindrance to his teammates on the ice while maintaining his physical edge.  If all goes well, Schultz has the potential to develop into a fan favourite.  Maybe not quite the fan favourite level of the guy he was traded for, but a well liked teammate none the less.

There are quite a number of things that stick out about David Desharnais.  The first thing people may notice is his size...  or lack there of.  Desharnais is all of 5'7", 176 lbs., and that height is likely measured with the skates on.  The second thing that sticks out are the much higher numbers on his stat line:  2 100 point seasons in the QMJHL, 1 100 point season in the ECHL, and a 100 point pace last year in the AHL (78 points in 60 games).  His puck skill and playmaking smarts put him in an elite class amongst AHLers, but there are legitimate concerns over whether he can transfer those skills at the NHL level, where the game is quicker and the opponents are that much stronger.

Desharnais main drawbacks, aside from his size, are his skating ability (described as merely average) and his defensive play.  Brian La Rose of Habsworld thinks the key to him making it in the Habs organization could be how new Hamilton Head Coach Randy Cunneyworth deploys him next season, suggesting he try him out in a defensive role.  "The road to the NHL, on any team, almost always begins on the bottom line.  If Desharnais' defence improves, he may very well have a legit shot down the road somewhere."  Desharnais has an outside shot at making the Habs out of training camp, but more than likely will be sent back to Hamilton for one more year, as he is waiver exempt.  He made his NHL debut this past year, playing in 6 games and earning 1 point for the Habs. 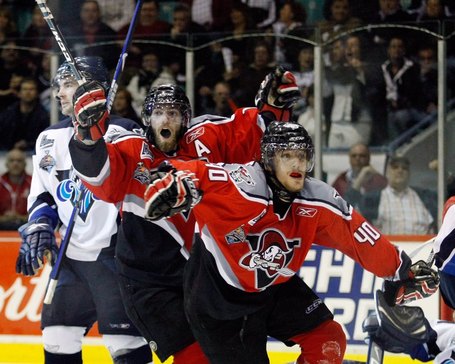 Dumont is one of my personal favourites (although I ranked him 25th, which was probably too low), as he shares the name of a famous Métis warrior from the 1885 Northwest Resistance in Saskatchewan.  Like his namesake, Dumont is known for his work ethic and hard nosed play.  He piled up 51 goals this past season for Drummondville of the QMJHL, and turned professional to help out on the Hamilton Bulldogs' playoff run this past spring.  Despite an injury in his draft year, he managed to put up 49 points in 51 games, and 19 points in 19 playoff games as Drummondville advanced to the Memorial Cup Finals under the guidance of former Hamilton head coach, and current Tampa Bay coach Guy Boucher.  He's a smaller player, standing only at 5'9", 172 lbs., but he doesn't play the game like he's physically outmatched.

Dumont projects as a potential bottom 6 forward, and possibly in a bit of a pest's role.  Comparisons to Pittsburgh's Max Talbot have been given in the past, but he will need a lot of seasoning in Hamilton before he gets his chance to play at Talbot's level.  While I gave the label of a potential fan favourite for Schultz, there is no doubt that should Dumont make it in Montreal, he'll be a favourite.  Dumont was the first player on the list here that received a vote from every single panelist. 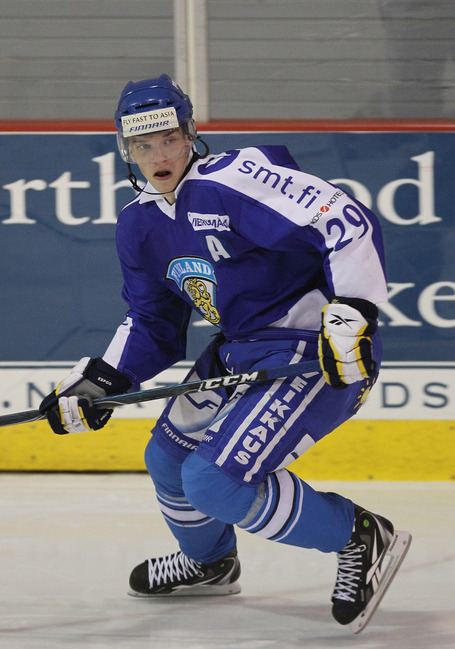 The only Finnish player on our list, Nattinen is a promising young centre out of the Espoo Blues program in the SM-Liiga.  A playmaker with good size and speed, he's been on the bubble of the men's team roster the past couple of seasons, playing 43 games in that time period for the Blues, while spending the rest of his time dominating the junior circuit and helping the national junior team.  Nattinen had 4 assists last year to help Finland to a 5th place finish in Saskatoon for the 2010 World Juniors, and will likely play a key role for the Finnish team in Buffalo this December and January.

Nattinen was the Habs' second choice, 65th overall, in the 2009 Entry Draft, a draft in which the team focused heavily on re-stocking their centre depth.  At 6'2", 181 lbs., he has some filling out to do but possesses the size the Habs have been lacking at the top level for quite some time from their centres.  Nattinen has one more year remaining in Finland before the Habs must sign him to a contract, or else lose his rights.  It's possible that they will sign him and let him stay in Finland in 2011-12, but he could be coming to North America as soon as next year.

Another St. Louis Blues castoff, Palushaj came to Montreal in the trade that sent Matt D'Agostini out west at last year's trade deadline.  Once a highly regarded teenager coming from the University of Michigan, where he was teammates with Max Pacioretty, Palushaj struggled in his adjustment to the pro game in Peoria and was made expendable by St. Louis as a result. 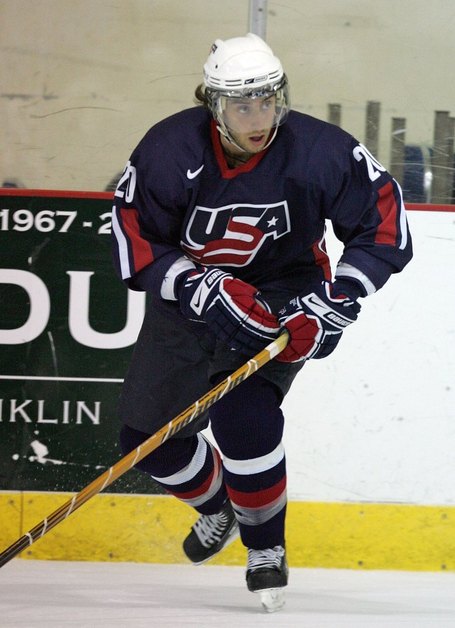 The Habs are hoping that the promise he showed in college will eventually be fulfilled in Hamilton and then Montreal, and that last year's struggles were necessary growing pains for his development.  Palsuhaj is still highly regarded by some scouting services despite his slow AHL start, and his acquisition could turn into a bit of a steal if he fulfills on that promise.

He reads the game well and positions himself in lanes well on top of being able to make smart plays with the puck. Aaron has lead feet and doesn’t generate much speed. He works very hard and will constantly be moving to try and compensate for the lack of speed. - Corey Pronman, Premium Scouting

Palushaj's game is mainly revolved around his puck skills, and whether or not there's a place for him in Montreal down the line remains to be seen.  Certainly, it's a worthy gamble by Gauthier to deal a player like D'Agostini, who was struggling in the NHL even against soft competition.  Palushaj has two years left on his contract, so he'll have plenty of time in Hamilton under the guidance of Cunneyworth to develop into a solid pro.