Share All sharing options for: The Incomparable Big Three 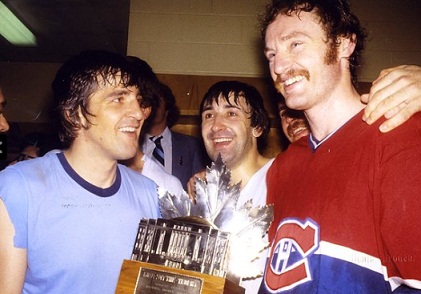 Earlier this week, I was asked a simple question by EOTP friend Joe Pelletier, on who I thought was the best defenseman of the Big Three. Joe was eliciting opinions from a variety of Habs' sites for an article at Greatest Hockey Legends, and his question spurred an entire article of mine on the subject. I also asked the crew at this site to weight in, and all of Chris, Kevin, Francis and Bruce ranked Robinson, Savard and Lapointe, 1-2-3 in that order. Check out Joe's piece and the opinions he solicited and have a look at this article from March of  1972, when the Canadiens players rescued coach Scotty Bowman and others in a St. Louis motel fire.

Three of the Canadiens greatest defensemen in team history were collectively known in the 1970's as The Big Three.

Yup, capital letters and all!

The moniker was an obvious one, as these three blueliners were a complete package of skill and gamesmanship. It seemed ridiculous almost, that one team could own so much talent on the backline.

Among the many assets the Canadiens had in that decade, it was often The Big Three who were singled out by opposing players and coaches for the reasons as to the Habs powerhouse teams. Some nights, it seemed these three players all logged upwards of thirty minutes in a given game, still looking like they had energy left for overtime at the end of sixty minutes. 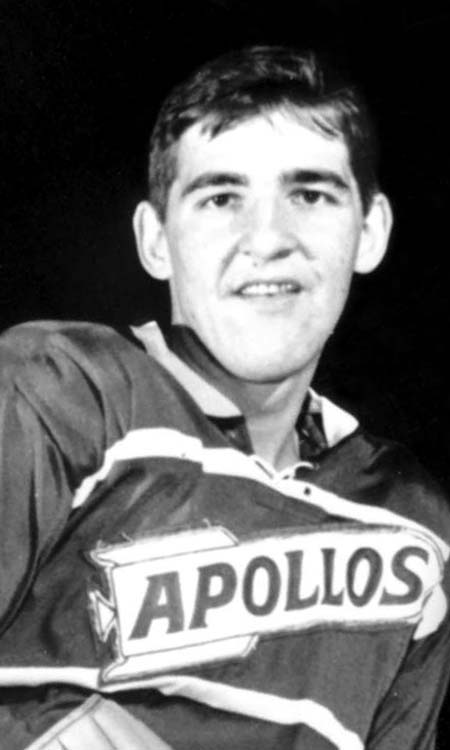 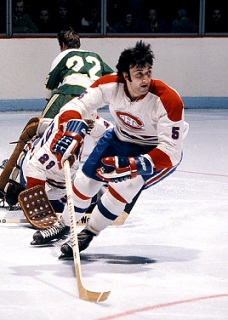 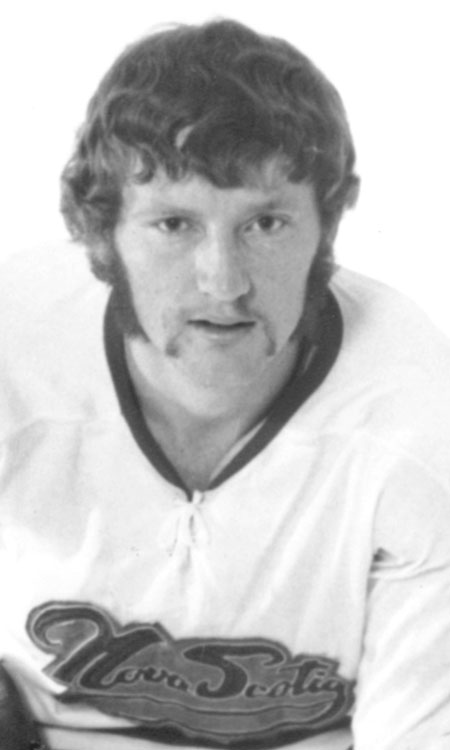 Serge Savard was the first to arrive on the Canadiens scene, playing a pair of games in 1966-67. He had been in the Montreal system for close to five years by that time, originally being signed to a C-Form as a forward.

Unbelievably, Montreal almost lost the rights to Savard at one point. Sometime around when he was converted to a defensemen in with the Junior Canadiens, certain persons in the organization became momentarily less impressed with his skills and he was left off the Habs protected list.

Approached by a scout from the Red Wings organization, Savard was informed of his status, and surprised and panicked, checked it out with Montreal to see if this was true. It was realized an error was made, and the Canadiens quickley re-added Savard's name. In later years, Savard was explained that due to his less than stellar play at one point, he was simply forgotten by the club.

Imagine now if the anchor of eight Stanley Cup championchips had gotten away due to a bureacratic snafu. I mean, this is no Francois Beauchemin!

In 1972, Savard was a member of Team Canada for the Summit Series. In the five games he appeared in, Canada's record was four wins and a tie, losing the three Savard did not play in. 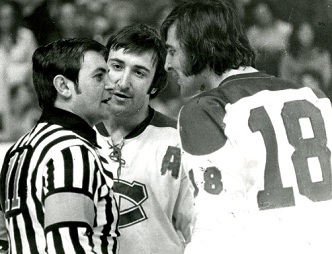 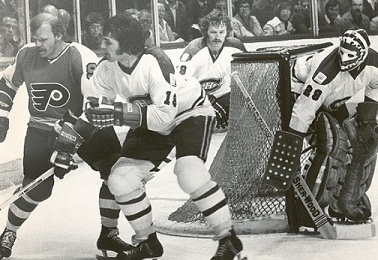 Perhaps that is testament to Le Senateur's greatest asset, a calming presence that often spread its way to teammates. Sturdy and dependable with a strong vision of the unfolding game, Savard was equally adept leading a rush or reading the one coming at him. Wracking up his fair share of points, he was seldom caught out of position. As a defender, he was never known as a thundering bodychecker, yet he was a miserable proposition to try to get around.

Fans who recall Savard's first steps have long maintainted that a pair of serious leg injuries early in his career actually robbed him of some speed and mobility in his position. It's hard to fathom that he could have been even better than he was.

Savard went on to play a full 14 seasons with the Canadiens and participated in 8 Stanley Cup wins.

Guy Lapointe played his first game with Montreal in the 1968-69 season, becoming a regular contributor in 1970-71 when he contributed 15 goals as a rookie defenseman, a record at the time.

The player known as Pointu came into the Canadiens as a bit of a wild horse, an untamed thoroughbred of limitless offensive skill and potential. A fleetfooted skater with a blistering shot, Lapointe tended to stray at times defensively, often opting for crunching hits rather than smarter plays. This lead to undisciplined habits and high penalty minute totals, but as time passed, he was groomed into the Canadiens method of schooling and developed rather quickly from there.

With experience, Lapointe became a more poised blueliner, often in pairing with Savard. Learning to hang back on the rush, if not leading it himself, he often jumped into the play as an invisible fifth man, ghostly emerging from the shadows to unleashed a devastating boomer. His quick takeoff speed made him a transition specialist able to spot an opening hole before it closed. A patented Lapointe play would see him spotting an opening, dashing to the blueline to feed a breaking player, and then taking part in the two on he his astuteness created. 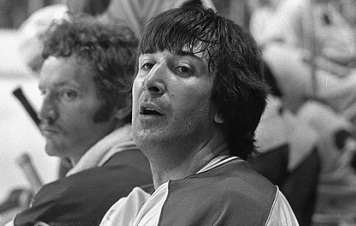 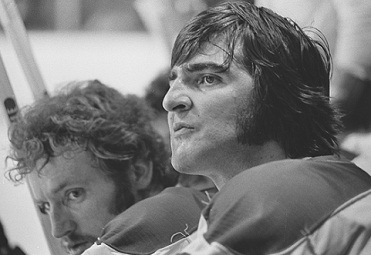 Blessed with all kinds of talent surrending him, it was natural that Lapointe's gifts were best shown on the powerplay. A threat at anytime by his devastating shot, Guy smartly didn't overuse the weapon uneccessarily. He would help control the play, moving the puck to the best option, and waiting just long enough to be forgotten in the heat of action to step in and fire away.

Lapointe never won any major awards in his 12 year career with Montreal, but he did score in double digits for nine sucessive seasons. He was at the peak of his prowess between 1973 and 1977, when he came within one goal of having four 20 goal campaigns in five years. His best year offensively was 1974-75 in which he tallied 28 goals, still a team record.

In 1971, with their fourth choice, twentieth overall in the Amateur Draft, the Canadiens selected Larry Robinson, a gangling and somewhat awkward defenseman from the Kitchener Rangers of the OHL. Lanky and rawboned, many considered Robinson to be a project of sorts, a defenseman who would need some nurturing and time to develop to full potential.

Like Savard, Robinson was a former forward, converted to the blueline at a young age due to his size and height. Sent to the Nova Scotia Voyageurs, Robinson was tutored by aging veteran Noel Price, and within a season and a half was called up to Montreal for good.

As befits many a farmboy, Robinson owned a threatening physique, but the potential to use it was diminished by a shy and polite demeanor. While with Nova Scotia, coach Al MacNeil patiently waited for Robinson to come around, finally sitting him for a game to give the player pause to think. At 6'4'', and 225 pounds, Robinson was the asked by the coach what his physical dimensions were. Upon reply, Larry was then asked, "So when are you going to start using it?" 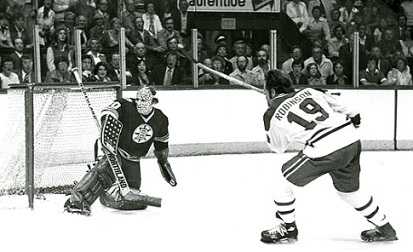 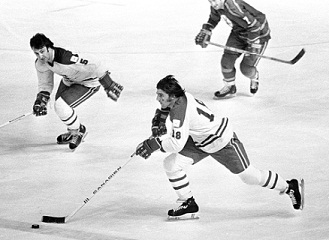 Robinson seemed to seize the message, using his size and becoming an on ice presence. A few rounds of putting up dukes, combined with punishing hits created for him a space in which his full game would develop. When these traits became part of the Robinson package, an injury to Jacques Laperierre opened the door for him in Montreal. Eager to make good on a first impression, Larry never returned to the East Coast again.

Once in the NHL, Robinson progressed, steadily employing the same lessons learned in the AHL. Gradually, the league acquainted themselves with savvy defenseman of good vision, owning a policeman's attributes and a mean streak displayed occasionally enough to make tough guys think twice.

As it had evolved in the lower rung, Robinson was now the benefactor of great space and time, only with the Canadiens, he was blessed with an incredibly talented supporting cast to his game. Surprisingly, or perhaps not, the once gangling and awkward defender bloomed into an offensive powerhouse on the blueline. His style and the compatibility of newfound assuredness made it so that he blended perfectly well with the attributes of Savard and Lapointe before him.

Robinson went on to become the most decorated member of the trio, winning two Norris trophies as the leagues best blueliner, as well as a Conn Smythe Trophy in 1978. Over his career, the Big Bird was an incredible plus +730. 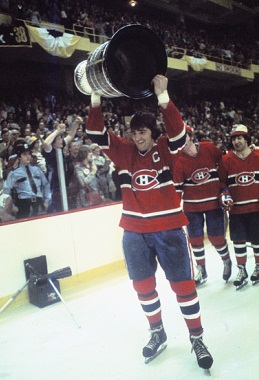 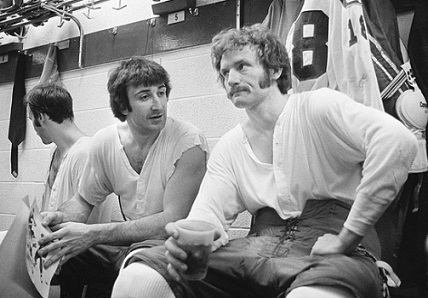 The Big Three were essentially born nearing Robinson's third year. In all, they played a full eight seasons together and have a combined 20 Stanley Cups wins in their careers.

All three have had their jersey numbers taken out of Canadiens' circulation, but in Lapointe case, his number five went to the rafters in honour of Bernie Boom Boom Geoffrion. There are many Canadiens' fans who feel Lapointe deserves the same treatment.

The Big Three are best remembered collectively by many, likely due to the fact that no NHL team before or since can ever boast of such blueline talent and artilliary. It's unlikely any fan will ever see a similar lineup of Hall of Famers all on one club again.

Back during their prime years, I recall being asked by a fellow fan, which of the three was the best.

It was tough to answer then, as it is now.

The way the question was put to me was in hypothetical terms, such as a draft scenario with Canadiens holding the first overall pick and all of The Big Three being available prospects at that imaginary time.

Without the benefit of hindsight, who would you choose between the lanky and raw Robinson, the wild but promising Lapointe, or the composed Savard?

It's tough to call isn't it?

Think of L.A. Kings' Drew Doughty as Savard, commanding ray Bourque-like respect, the Habs' P.K. Subban as Lapointe, given Sheldon Souray's shot, and a young and green Chris Pronger as Robinson, with a dash of Jay Bowmeester hesitance.

It doesn't help much, does it?

I'm tempted to go with Robinson, that is until hindsight reminds that Savard's ways greatly benefitted and settled down both Lapointe and Robinson when they were newcomers.

Without hindsight, I'm going with the offensively talented Lapointe, being he would be the rarer bird of the three as an offensive componant. 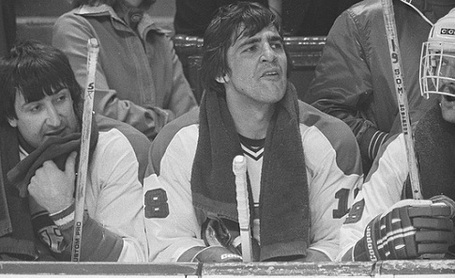 All views considered, I'm back at Robinson now. Don't ask me again - I might just change my mind every ten minutes.

The best thing about The Big Three in Montreal?

The Habs never had to decide!

Photos for this post are courtesy of the Montreal Canadiens historical website players section. Check it out!