For the Habs and GM Gauthier, the Summer of Speculation is Well Underway

Share All sharing options for: For the Habs and GM Gauthier, the Summer of Speculation is Well Underway 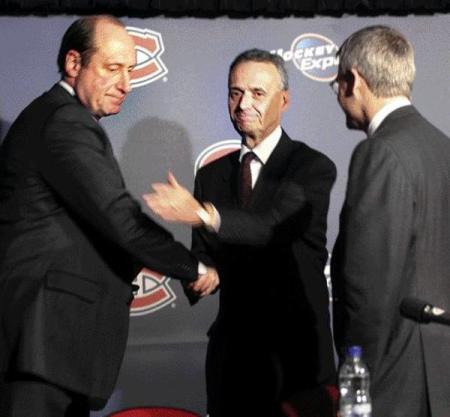 Anyone witnessing Pierre Gauthier's post season press conference is well aware that he is a man who plays his cards close to vest. While with the Ottawa Senators, Gauthier was known as The Ghost, no doubt for his efforts in keeping his own counsel. Riffled with questions as to what the Canadiens would be doing with several key unsigned players in different scenarios, Gauthier sidestepped everything query offered, giving more airtime to reasons for not answering that he did for the question at hand.

So, here we are now, mid June, with still no answers, and fifteen days left until the quietest free agent season ever opens. This far in, everyone will be assuming that Gauthier's moves are tied directly to what the club will do at the 2010 Entry Draft on the 25th of June.

Laraque, who's contract is being bought out, should be off the book any day now, easing another million back into the Canadiens' coffer for next season.

Understandably, the priorities in order are Halak and Plekanec, Price and Moore.

The Halak signing is a no brainer, and so should Plekanec's, despite some consternation from corners preferring to value him over his last five games of the year and not his first 96. Price, unless or until he's traded, remains a valuable commodity. Moore, along with Plekanec, gave the Canadiens centre depth that enabled them to compete with Pittsburgh and Washington. If either departs, the team will not near a middle line resembling what finally permitted three rounds of playoff games.

UFA's Metropolit, Bergeron and Darche, not that they weren't solid servicemen, likely will not be returned unless under extreme circumstances. The Canadiens have a great interest in retaining third liners Lapierre and Pyatt at reasonable prices, which should be easy enough to accomplish. Pouliot could be a trickier negotiation, but if he's smart he'll sign before the dollars are dwindled away to first comers. Montreal has little need to retain Mara and the younger Kostitsyn's sad epilogue already seems written in the clouds. 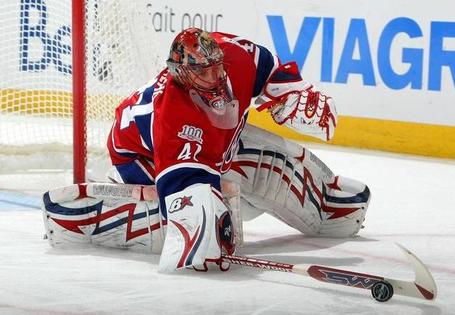 With Halak and Plekanec, Price, Moore, Pyatt, Lapierre and Pouliot identified as seven potential keepers, there is close to $15M in the kitty.

Now let's play some number games, with reasonable figures, keeping in mind that July 1 is the most unreasonable day on the NHL calendar, at that given this summer's free agent pool, there will still be a GM or five willing to lose their mind.

A reasonable offer to Plekanec over one, two or three years would be $4.5M per. Might happen, but likely won't. That said, he loves Montreal, so who knows?

One exceptional season and post season by a goaltender only three seasons into his career should not be worth the moon, but Halak's agent is Allan Walsh. With the goalie having arbitration rights, you could always guess that this will be the final scenario settled this summer, which would greatly complicate Gauthier's plans, no matter what they could be.

Again, is $4.5M per, reasonable for Halak? Other goalies who have done a little less are getting a little less, so it is comparative. Let's assume, as we may for Plekanec, that it works out.

Price's price, compared to Halak's, is tad trickier perhaps, as his value as an asset is apart from his fluctuating value as a goaltender behind Halak, which is where he would begin should both remain. 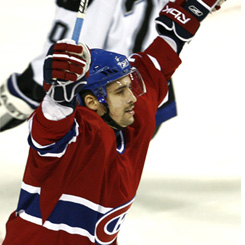 (For the record, I'm totally buying into Gauthier's notion of intending to keep both goalies, unless, or until, an offer blows him out of the water.)

Why Price's offer is tricky, is that he cannot be lowballed for the sake of the Habs' needs. With goaltenders, one never knows for sure how things are to unfold. Price is an RFA today, but is two years from UFA status. He may return to number one status but tire of Montreal and all it is in that span. Anything less than $1.8M might be an insult.

As a difference maker on a team, depth wise, I think Moore is a good, solid investment, surely worth what is tendered to Price here. It is about as much as Moore has ever made, and he'd surely gobble it up, knowing how much he's enjoyed Montreal in his time here.

Now, with $3.6M subtracted, there is but $2.4M remaining on the table for Lapierre, Pyatt and Pouliot, RFA's each. Lapierre, the senior of the three with the club, coming off a so-so campaign, would not balk at $1.1M. Pouliot, a former first rounder traded prior to the term of his entry level contract has few arguments in his case. Last season, his contract called for $803K, so a slight raise to $900K would be fitting, for at least a season.

Pyatt made a little over $600K last season, earning every cent. He's due a good raise, which in his case could be $900K.

Trouble is, there is but $400K left on the books, after all these reasonable offers.

Of course, no is kidding no one, these seven scenarios will not unfold as billed. One, perhaps two, are destined to give Gauthier a few night sweats.

But wait, I purposely left a few not so minor details to the crunch line.

One, Maxwell and Pacioretty aren't yet proven NHLers. They would be filling some mighty holes if counted upon greatly next season, and no one, especially not Gauthier, is ready to wager.

That four hundred grand unfound for Pyatt, might well be made up in Markov's LTI dollars saved from maybe the first two or three weeks of the season. Then again, it cannot be counted upon, not at all.

Oh, oh! Could he be due bonuses?

You guys and gals can play around with these numbers at great length. I made them purposely reasonable in order to squelch out any true possibility that the Canadiens will retain all the valuable parts of last season's team.

The kicker is, that no matter which of these seven is not returned, the club is weakened somehow in that area. Not a good proposition after such an enlightening playoff run.

It gets more tense considering that a top six forward is where the Canadiens need upgrading the most, and that Andrei Kostitsyn is likely the most sacrificable option to stay under the cap. The trouble is, when he's on his game, he's exactly the type of player the Canadiens would be able to acquire in the off season.

Do Montreal have movable player options at Plan B?

Roman Hamrlik at $5.5M is a figurative albatrosss with a no movement clause. His age, or Spacek's (Plan C) offers little help.

The reality is, they will be decision made regarding the Canadiens very soon, that are bound to leave a nice chunk of the fanbase good and bummed. 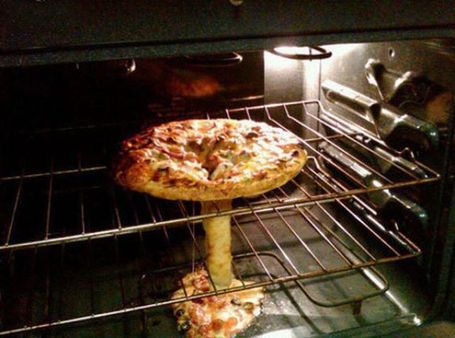