What So Proudly We Hail, Habs Fans, Should Not Be Boos At The U.S. National Anthem

Share All sharing options for: What So Proudly We Hail, Habs Fans, Should Not Be Boos At The U.S. National Anthem 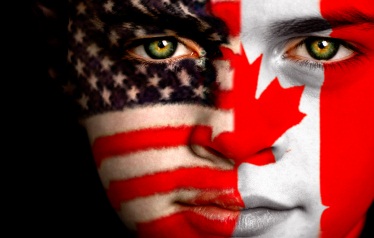 It was very classy of the Capitals fans at the Verizon Center last Friday to give the Canadian anthem a huge cheer. Some Montreal fans at the Bell could learn from their respectful manners. When it has gotten to the point where the public address in Montreal has to list the names of Gomez, Gill and Gionta to quiet the booing problem, then it has gotten a little extreme.

I addressed this all in a post last week and may have gotten a few facts off. In that regard, I'll ask a simple question in pardon of my ignorance: Is it just me, or can it be possible that the booing comes over loader on the TSN, HNIC and Versus broadcasts than it does on RDS?

I'll admit that my hearing has been electric guitar damaged over the years, but I strain to hear the booing, and cannot tell much. I hear something I have trouble disiphering that tells me the numbers doing it can't be many. Respectfully, I'd just like to know if I am that far off, need a hearing aid, or a better set of TV speakers.

In the article, I closed the comment section because I sensed that the usual comraderie and chatter of this site might turn ugly. Seeing as I was away that day and not able to monitor what I feared would turn into verbal sparring, I closed shop on that one. In doing so, I asked that I instead be e-mailed with concerns about the post and that perhaps I would publish those I felt had a well rounded grip on the subject.

After a day or two, I had received a bunch of notes, more than one taking me to task on different matters. Most were kind, a few questioning, several were thankful and a couple downright ignorant. Finally I came across one that was well-rounded enough to share.

It was a nice long letter from an American Habs fan named Don in Texas, who is naturally not comfortable with this. Don has travelled and lived in many parts of America, proudly displaying his CH colours wherever he goes, and I understand what he's getting at when he expresses his sentiments.

In Don's comments, he notes the changing demographics of Habs fans at the Bell, without actually pointing that facet out.

I agree with him to an extent. Through time, fans that used to fill the Forum dressed in suits, ties and fedoras have been replaced by raving hockey lunatics. It makes for a great game atmosphere, until it gets into the booing of anthems and players, sometimes on the home team too.

Here are the contents of this gentleman's letter, edited to remove some personal information, but with the gist of his sentiments remaining. I'll accept comments on this one, though anyone taking the writer to task for his sentiments in the comments section will have those words removed.

I think youre being a little generous by saying it's only "a few hundred" fans because there have been times, at the Forum and especially more recently, where it has been a consensus opinion amongst the fans.

I agree that the booing is more a Canadian team vs. US team mindset than an expression of hate toward the other country, I never missed a Canadiens game at the Spectrum from about 1978 to 1996. The rant that always made me laugh "go back to Canada". The local idiots seemed to forget that most of THEIR team was from Canada, as well.

I have to ask, have any of the US players on the Canadiens ever expressed an opinion on this publicly? I know the Canadiens have, in the past, posted recorded messages by Gainey and Beliveau, reminding the fans that they're expected to behave properly.

I have to tell you, the decorum of Canadiens fans, in general, has declined in recent years. I moved to northern Vermont in 1998, specifically to watch the Canadiens at home (among other reasons). I've spent an enormous amount of time in Quebec and I completely get the zeal of the fans for their Canadiens. But the days of folks dressed to the nines in the red seats at the Forum are gone. You could hear a pin drop during play until something happened. Now, Canadiens fans have become Red Sox fans or UK soccer fans, or something along those lines.

What were once the classiest fans in North American sports are in danger of moving to the dark side. If nothing else, people see them as passionate though not necessarily knowledgeable anymore. And this is coming from one of the most passionate Canadiens fans you'll ever meet.

I realize the traveling Canadiens fans aren't necessarily ambassadors of the local fanbase, but that's the perception they spread. An NHL ticket isn't a license to engage in any kind of beer-soaked behavior you wish for the duration of the game. I love our team and I want to love our fans. My friends in Quebec consider me an honorary Canadian and I accept that with tremendous pride. But there IS some measure of nationalistic fervor (regardless of which nation (Canada, US, or Quebec) any group of fans want to call home.

I find it hard to accept that Gionta and Gomez (now), and Kommisarek and Higgins (among others in the past) could feel good about hearing their anthem booed, especially when they're wearing the home reds. I've heard the Canadian anthem booed, in isolated incidents, or in response to the Montreal treatment (as you mentioned), in the past.

But whatever the cause, the Canadiens might want to consider ways to reduce the audio evidence of your "few hundred idiots", because perception is reality. Watching the anthems is as much as a part of the game as the warmups. In fact, Ive always loved HNIC because, unlike their US counterparts, they DO show the anthems. Anytime I see the Canadiens play, I sing both anthems (yours in French) with equal passion. It's always been a badge of honor to hear 21,273 singing O Canada in unison. In fact, it's part of our home ice advantage. But now, admittedly, I cringe when I listen to our anthem because not hearing some booing is almost unusual.

It's one thing to get caught up in nationalism during the Olympics. That's only human, particularly with Canadians and the national sport. I don't think anyone holds anyone for that. But during NHL games, knowing the ethnic mix of every team, it's just bad form and the Canadiens have a choice to make: either initiate some kind of persistent PR campaign to clean up the behavior or accept the label as bad fans (fair or not). Even in arenas in the South, where foreigners don't necessarily get a hero's welcome, you'll never hear O Canada booed.