Poti Injured Out Of His Orbit, Alzner In For Caps

Share All sharing options for: Poti Injured Out Of His Orbit, Alzner In For Caps 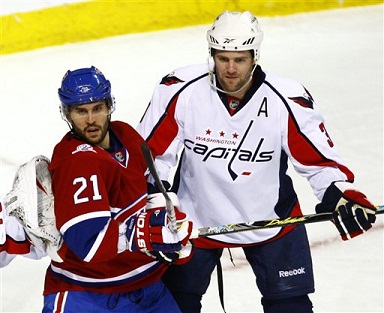 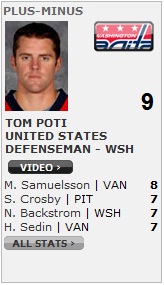 TSN has reported that Capital's defenseman Tom Poti is out indefinitely due to a fractured orbital bone. Washington have called up prospect Karl Alzner from Hershey to replace him in the lineup.

The loss of Poti at a crucial time is a significant one for the Capitals. Poti is leading all NHL players in the +/- category with a +9 rating in these playoffs, and has been on the ice for just a single goal in the Canadiens series. He's ancored a solid defensive pairing with rookie John Carlson, who's now expected to partner with Alzner.

Japers' Rink has an interesting writeup on Alzner's goods, and they favored his callup over the use of Tyler Sloan or John Erskine.

Can this Game Seven get any more interesting?