Jaroslav Halak propels Montreal to a Game-Six win, and sets up a winner-take-all matchup in Game Seven. 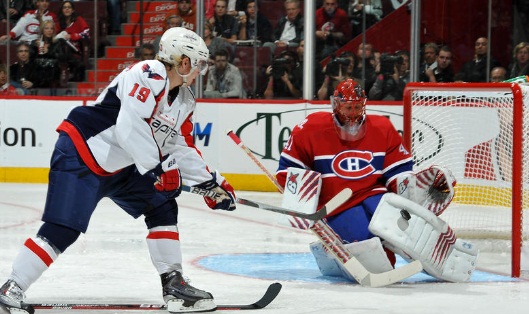 A goaltending showstopper for the ages! A 53-save performance by Jaroslav Halak, has pushed the Montreal Canadiens series with the Washington Capitals to the seven-game limit.

For the eighth-seeded Canadiens, Halak's larceny of Washington matched the Capitals' chances blow for blow. Alex Ovechkin and crew are surely a frustrated bunch, having thrown every variety of artillery at Halak and seeing wave upon wave of scoring chances turned away.

Going into the round, it was agreed in many views that if the Canadiens were to make the series interesting, Halak would need to steal a game or two. Now that he has done that to perfection, and most definitely gotten into the Capitals players' heads, the Canadiens are heading back to Washington Wednesday, where they have won two of the three games played there so far, and lost the third in overtime after leading 4-1. 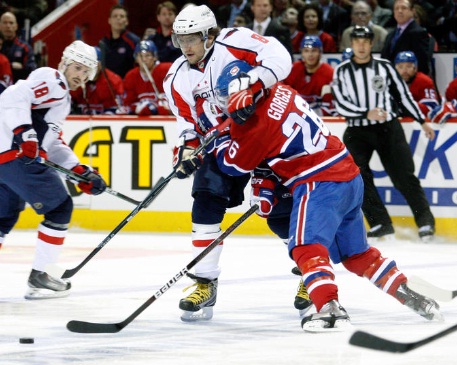 The particular consequences of Game Two still loom to an extent. Had the Canadiens hung on to win it, the series could be over. However, the Canadiens likely needed to lose that game in that manner, in order to learn the lessons that were required to win the last two.

How the Canadiens have managed three wins against the NHL's strongest club is a curious combination of great goaltending, a powerful and frustrated opponent, and a solid dose of good old luck earned the hard way. They will head into Game Seven with all the pressure on the Capitals and much less on themselves.

Halak is the unquestionable story of Game Six, repelling successive Capitals blitzes, but there are continuing undercurrents to the series that must have follicly challenged Capitals bench boss Bruce Boudreau yanking out what's left of his hair.

Boudreau has tinkered with his lineup, making game-to-game adjustments, as has his counterpart, Jacques Martin. Over the past two games, Boudreau's tinkering has only faltered in producing goals, not scoring chances. Martin, for his part, has succeeded in cutting down the goals against from Games Two, Three and Four, but has watched his team win as shots totals against are skyrocketing.

Power-play futility is but one aspect troubling the Capitals offense; the other is finding ways to break through the Canadiens' coverage in their end. Whether playing five-on-five or short-handed, Martin's troops have erased the Capitals' east-west passing lanes, to the benefit of Halak, who's stopping everything he's able to see.

Furthermore, the Canadiens are practitioners of this method, in that they are allowing the Capitals the shots they do not want to take while removing the ones they need to make and capitalize on in order to win. In that regard, the shot totals are only impressive if not compared to clear scoring opportunities.

An interesting bit of trivia: the Canadiens are now 9-0 in games where Halak faces 45 or more shots. 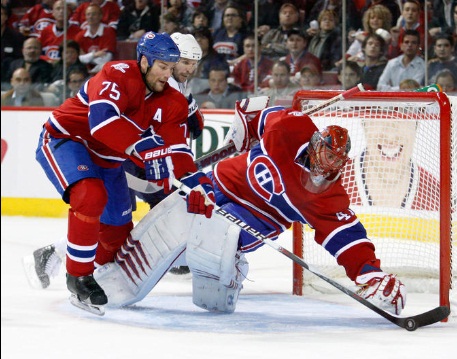 A team as talented as Washington, cruising through the season as they did, have not yet had to deal with working in a different manner for their goals. This season, due the superiority of their talent, much has (as it should) come somewhat easier to them.

When the old mantras and mottos about playoff hockey being a different season are trotted out, this is specifically what is often meant.

Add in a goalie stealing games, and the recipe for an upset is cooking in the oven.

Throw in that Martin seems to be one move ahead of Boudreau thus far, and it bodes well for Game Seven. 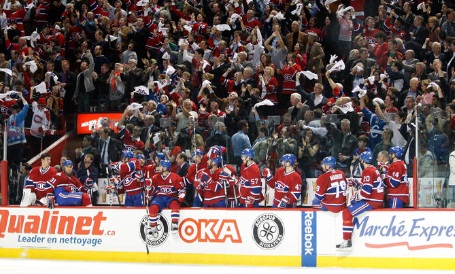