Share All sharing options for: Capitals and Canadiens in 1974-75 - Oh, how the times have changed! 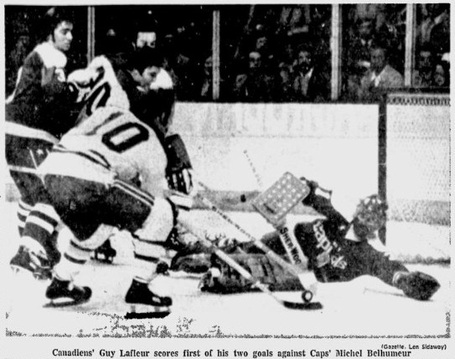 Coming into the first ever playoff series between the Capitals and Canadiens, there was talk at start the round pitting top spot versus eighth was a mismatch for the ages. Events are proving that assessment to have been slightly premature, but at one time, these two clubs were a much bigger mismatch.

Back in the 1974-75 season, the Canadiens were poised for a dynastic run when the expansion Capitals joined the league. The NHL at the time, did yet have a grip on how to bring new clubs into the fold, and the team from Landover, MA were composed with bottom of the barrel castaways. When the teams met six times that season, it was the equivalent of a pro team taking on a junior squad.

The Canadiens first ever trip to Washington came on Halloween 1974, and the 3-0 shuout by the Habs had demanding coach Scotty Bowman more than a little upset. Montreal got their "act together" ten days later, returning to Washington for an 11-1 trouncing.

The first meeting of the teams on Forum ice resutled in 10-0 pounding by the Habs on January 4. A week and a day later, a third trip to Washington on January 12 produced a 7-2 rout. The final two games between the teams took place at the Forum, and the Habs chewed up the Caps by an 8-4 score on March 7 and ten goal whitewash on April 5. In all five games, the Canadiens outscored Washington 49-7.

Below are Gazette newspaper scans from some of those games. 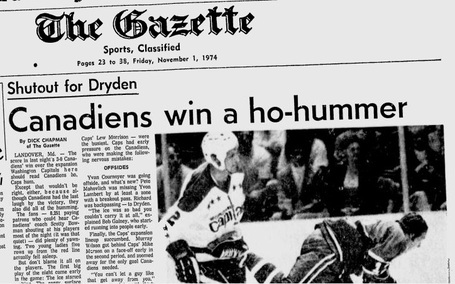 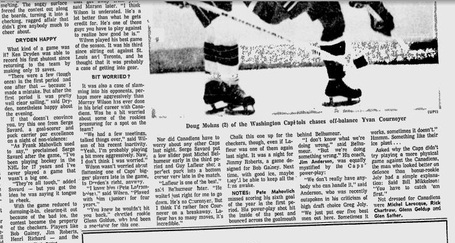 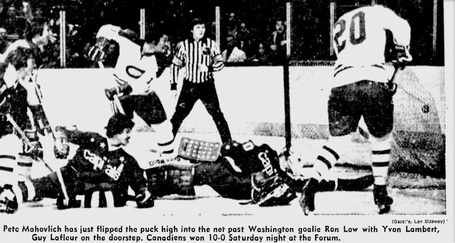 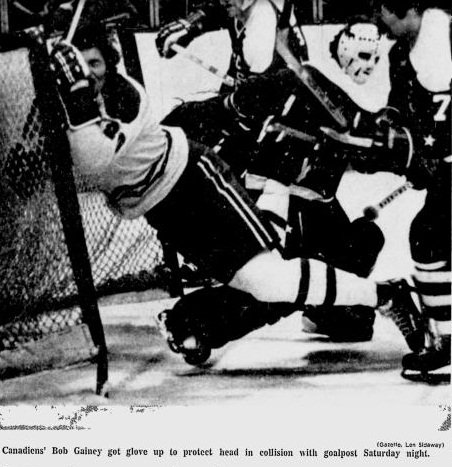 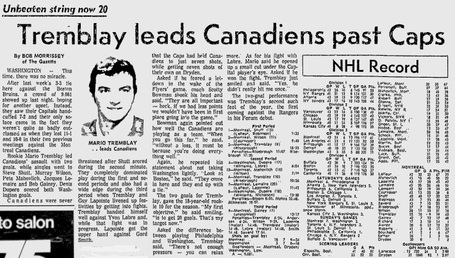 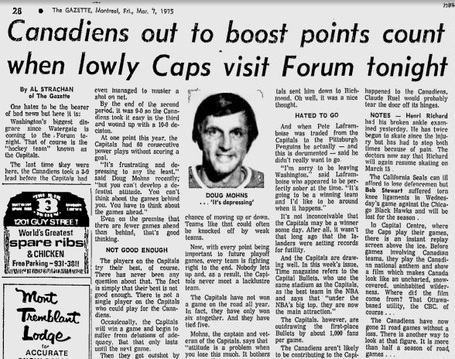 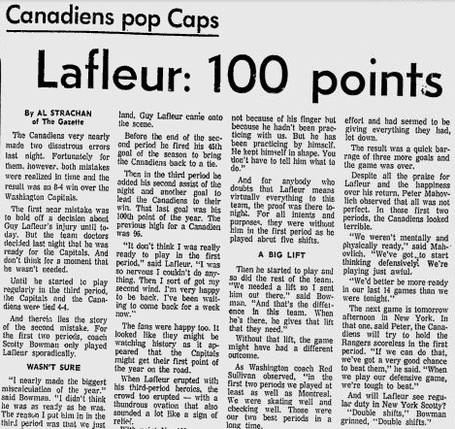 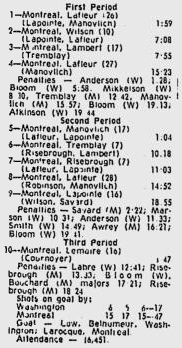 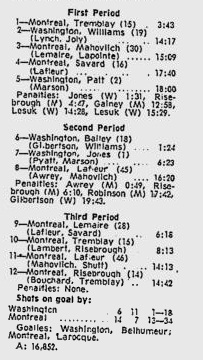 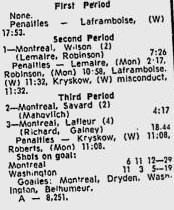