Capitals Are The Canadiens Measuring Stick

Share All sharing options for: Capitals Are The Canadiens Measuring Stick 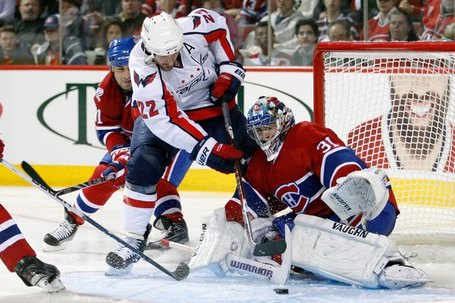 I had to laugh last night, sitting with a friend, just as the Canadiens game was ending.

Turning points in the series, all three of them, we agreed.

We had earlier discussed three separate events, the first came in Game 2, when Montreal crumbled a 4-1 lead after the Capitals began getting physical, the second coming in the third game when Boyd Gordon's shorthanded marker swung the pendulum, and in this fourth game, with the backbreaking tying goal late in the second period.

We were laughing, because silly as it seemed, the Canadiens are no longer in this series, having not been ahead in games since the first. It was the notion that with Washington having won three straight now, that there could even have been three decisive turning points.

It's like trying to pinpoint the exact moment a flood took over a town.

It was a good chuckle though, because it emphasized the hopeful nature of us Habs fans. Or more succinctly put, it caught some of us cynical Habs thinking that there had been optimistism.

And that alone begs the question. Why? What on Earth is there to be pleased about, in losing three games to one to Washington?

Not much, but there's this: The Capitals won the President's Trophy, and for good stretches in games, the Canadiens aren't just keeping up, they are holding their own and dominating for periods at a time.

One big obvious difference maker is that the Habs have nothing to match the talents of Ovechkin and Backstrom. You give Ovechkin an inch,and he becomes a ruler. Backstrom isn't finished getting better. He sees plays form from inside his blue line. His vision of an unfolding play has few peers. 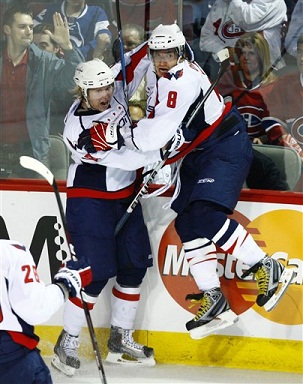 Another difference between the teams is that Semyon Varlamov has given up little. No soft goals. If Theodore had stayed in longer, this series is at least tied.

If it's looked at that way, it's hard to fault the Canadiens, unless you're one who feels the club should tank it in the standings to earn higher draft picks. That's not a dart at the Caps, just a reality of what it takes to get the type of talent that would bridge the gap between the teams.

For Montreal, here and now, and going forward, the Capitals represent a measuring stick, and perhaps the true value of playing them at this time is the test that it presents.

Apart from Alexander Ovechkin, Nicklas Backstrom and Semyon Varlamov, the Canadiens have some hope.

Certain elements are in place for the Habs to build on. That's not to say that the best assets resemble one another, but it's a start.

The trouble is, that after the Washington series is over, does the gain in experience add anything meaningful to the current group? 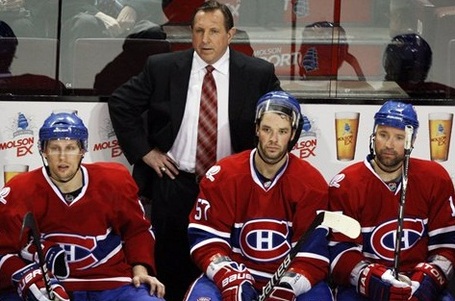 Since defeating Boston in the first round of 2008, this will mark three straight series Montreal have lost. Supposing they lose to the Caps Friday night, the Canadiens will have a record of 2-12 in their last 14 playoffs games. It may be unfair to look it at that way as a whole, considering the summer 2009 lineup shuffle, but that's where it stands for now.

The hard reality is that coming close in games but losing series' 4-1 has no carry over value. A stinging loss in seven games stays with teams, but loses in five games do little for helping organizations progress.

The evaluation process needing to be done in this consequence must be immediate. The elements on the team that have looked out of place in this round must be cast off soon as possible. 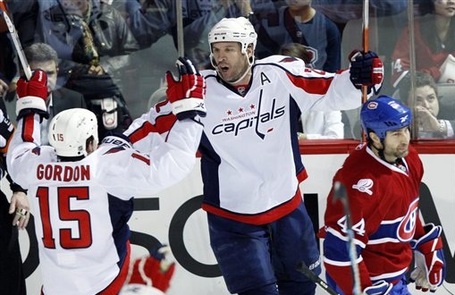 There can be no rationalizing that certain players had good regular seasons but faltered come playoff time. This is where it matters. This is why the Capitals measuring stick is meaningful. For example, if these two teams were again to meet a year from now, would anyone expect Roman Hamrlik to fare any better, one year older?

What it's all down to for Montreal, is that in successive playoff appearances, the losses and experience gained leaves no heritage. For this group, everything was restarted at zero last summer.

The series loss to the Capitals is merely step 1 in learning who this team really are. The assessment that will follow must cast the unwanted parts from the keepers, and Washington were a great help in sorting that question.