A Quick Word On The Booing Of Anthems

Share All sharing options for: A Quick Word On The Booing Of Anthems 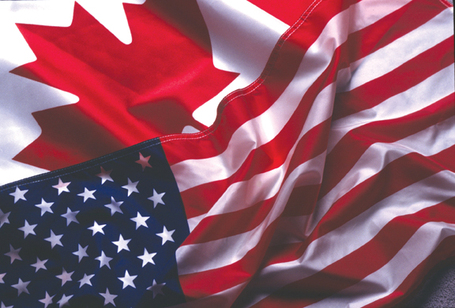 I received some pretty incendiary e-mails and comments on site regarding fans in Montreal on Monday booing the U.S. anthem. Some of them were personally directed, as thought I were at the game myself.

A clue for those who took the time to spew such venom - I wasn't at the game, involved in the disgusting show of disrespect (nor were commenters here), and I in no way support such ignoramouses who think it's the time to showe they world how stupid they really are.

That said, the reaction by Capital's fans to the booing caught me a bit off guard.

I'll say this - you who were offended were entirely right to feel offended. It's a sad practice that several hundred fans at the Bell Centre take liberties in doing whenever playoffs come around. It's not the first time that the rowdies in the cheap seats do this, and it likely won't be the last.

As this is the first ever time Washington has played in Montreal, perhaps I can help shed some light on what this is about.

First off, the booers are in the cheap seats, high up in the stands where the loadspeakers are. During the singing of the anthems, when everyone else is usually being quiet and respectful, the only sounds picked up by microphones are those of the singing and booing. That is why it sounds like the entire house is taking part when in reality it's a couple of hundred idiots taking advantage of the general crowd silence to be exactly what they are.

Their actions are deeply unfortunate, as broadcast the way it comes over, it gives our American friends the impression that Canadiens' fans, Montrealers, and hence Canadians of this country are sending some sort of statement.

Nothing could be further from the truth.

What it is, is an opponent thing, and the rowdies are just getting an early start.

You might note that immediately before the anthems are sung, the Canadiens public address asks that the anthem singing be respectfully honoured with clamped lids.

That is the position of the Habs organization, Montreal as a city, and many Canadian Habs' fans across the country.

So we have our idiots, like every democracy. Please don't paint all Habs' fans and Canadians with that wide brush.

It's still no good excuse, but I hoped to offer an explanation of sorts.

You all know how we are passionate about our hockey up here in Canada. That is the extent it goes to for some of our less educated.

Expect some of the same come Game 4. This has gone on forever with the Bruins, in series' against the Sabres, etc. We'll get it back from Capitals' fans come Saturday I'm certain. We're used to the reply and won't take it personally.

In saying all this, let's just remember that the tomfoolary is all in the sport's passion, and not about people, their countries, or their politics.

Canada and the United States both allow their citizens a certain freedom of expression. These kinds of things, small as they are, are a result of those rights which we stand up for.

It's important that we all not make it into something more than it is and stick to enjoying the games.

On behalf of my team and country's 500 or so idiots, I hope you will accept our sincere apologies.