Flyers About To Resort To Good Luck Charms Against Habs

Share All sharing options for: Flyers About To Resort To Good Luck Charms Against Habs 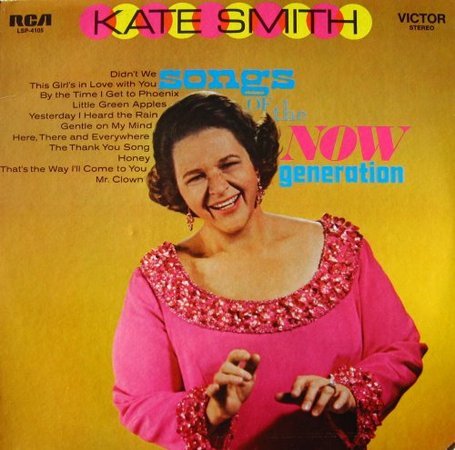 Broadstreet Hockey, the SB Nation Flyers blog headed by Travis Hughes (a damned good guy, by the way!) considers tonight's game one in which the Flyers should whip out their good old secret weapon standby, Kate Smith (and / or Lauren Hart) whipping the Flyers fanatics into a frenzy with a version of Gob Bless America.

I'll allow that Travis might not know that it never worked against the Canadiens, ever!

In the 1976 finals which the Habs of course swept, during the anthem, with the lights darkened, the Canadiens players skated a la the warmup while Dryden scraped his crease.

Kate Smith, back then, worked her so-called magic, live in person.

Still, it couldn't voodoo the Habs, who cutting their skates deep into the ice. When the lights came up and showed them blazing around the Spectrum ice, Philly learned their weren't going to be intimidating the Canadiens.

I remember that series well. Fred Shero would throw Dave Schultz, Bob Kelly and Don Saleski over the boards, and Scotty Bowman would counter with Lafleur, Shutt and Mahovlich. Off came the goons, who couldn't keep up.

Too bad tonight isn't 1976 all over again. I'd guess both teams wished it was.

I thought maybe the Flyers might send Brian Boucher to an all you can eat buffet for a few days and stuff with mashed potatoes or something. Could be they'll be listening this Kate Smith when all's said and done.

Bottom line is, the way Montreal's been playing of late, the Flyers might not need all that much luck on their side.